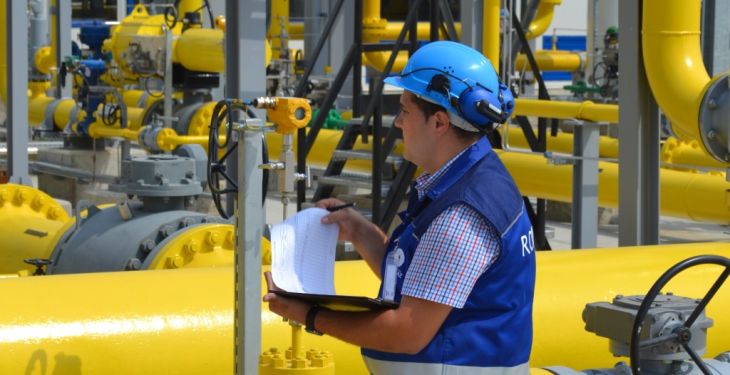 ANRE has asked the Ministry of Energy to repeal, starting from July 1, the Government Resolution which was established the timetable for gas market liberalization for households, said Niculae Havrileţ, president of this institution.

“We considered important that the originator of the Government Decision which established the schedule [Ministry of Energy] to know that today the evolution of the gas market is a favorable one for liberalization,” said Havrileţ, quoted by Agerpres. According to ANRE President, now is the best time to complete the liberalization. “We requested that Government Decision imposing higher prices on domestic consumer by 10% from 1 July to be repealed and to stay at the price of 60 lei per MWh, as it is today, as a reference price, following the market will determine the real price, but not starting from 66 lei or 72 lei as provided in the timing of liberalization”, said ANRE official.

The Ministry of Energy calls for an analysis and an impact study by which ANRE wants to show that there is no risk of recurrence of high prices during winter. ANRE official said that the institution he leads can not come quickly with this impact, but believes that “in 2016-2017 gas year we see no change in oil market prices”.

It would be an adventure to eliminate regulated prices now. The correct solution is to postpone the increase in the price of gas produced in Romania for a year and assess the situation again in May next year. Răzvan Nicolescu (on Facebook)

According to Agerpres, which relies on government sources, the Government opposes liberalization anticipated as this would mean giving up the higher taxation of additional income obtained from liberalization which applies from gas producers and sellers.

“Market prices are under 72 lei per MWh, today are in the range of 63 lei. Petrom affords to sell at market prices, as a private company, but Romgaz, as a state company, can not, as might later give explanations to the Court of Auditors having sold below the reference price. So Romgaz has no where to sell gas and decreased gas production even at half the normal level, with disastrous consequences on the company’s results”, argued the government sources quoted by Agerpres.

Regulated price policies are favoring economic and political actors acting on the gas market, not the consumers. Mihai Vilt (on Facebook)

As a “citizen working in the marketing of natural gas”, Mihai Vilt, General Manager of Forte Gaz supply company, said on Facebook that regulated tariffs which apparently protect consumers are among the highest in Europe, although we do not bring gas from thousands of kilometers, precisely because the Romanian state has an interest in collecting a hiden tax from consumers, not to protect them. “Politicians have an election toy in hand and suppliers have guaranteed profits with zero risk and competition. Consumers have the most to gain from liberalization”, said Vilt.

On this topic, Dumitru Chisăliţă, independent expert in the gas market, explained in a blog post the legal course of action for rescheduling the liberalization.

“Energy Minister does not have a fad and wants an impact study. It is to comply with a legal obligation. The gas law, in article 170, paragraph 3 and 7, comprises the obligation for ANRE to come up with a proposal to the Government for rescheduling the deregulation of gas prices extracted from domestic reservoirs. Following this approach, the Ministry of Energy, by law, can require the rescheduling”, wrote Dumitru Chisăliţă.

NARE did not present a study to show the price convergence, Aristotel Jude, interview for energynomics.ro

In an interview granted to energynomics.ro, Aristotel Jude, State Secretary in the Ministry of Energy, responsible with oil and gas market, explained: „The position of the Ministry of Energy is that the elimination of the purchase price of natural gas, from local production, for domestic customers and for producers of heat to produce heat in cogeneration power plants for household use must not coincide with the elimination of the final regulated prices for natural gas supply to the household consumers”.

“I saw that NARE President launched publicly the idea that gas prices in Romania – I refer to the purchase price of natural gas from the domestic production covered by GD 488/2015 – reached the convergence level. The Ministry of Energy is more reserved in making such statements, given that NARE presented a study showing and demonstrating the convergence of prices. According to the legal provisions, the convergence is determined after an assessment, which takes into account some elements of influence, such as market conditions, the degree of convergence with gas prices registered domestically and in Europe, exchange rate fluctuations, etc.”, stated Aristotel Jude, for energynomics.ro.

Regarding the sale of natural gas from domestic production on the free market, the Energy Ministry’s opinion is that the gas price should be established where demand meets supply. „But not in any circumstances, I am talking here with subject and predicate, not in nontransparent and noncompetitive conditions”, stated Aristotel Jude.