Acasă » General Interest » Michal Wendolowski (Bellona Europa): An EU strategy for CCS would help a lot, as the focus has changed

Michal Wendolowski (Bellona Europa): An EU strategy for CCS would help a lot, as the focus has changed 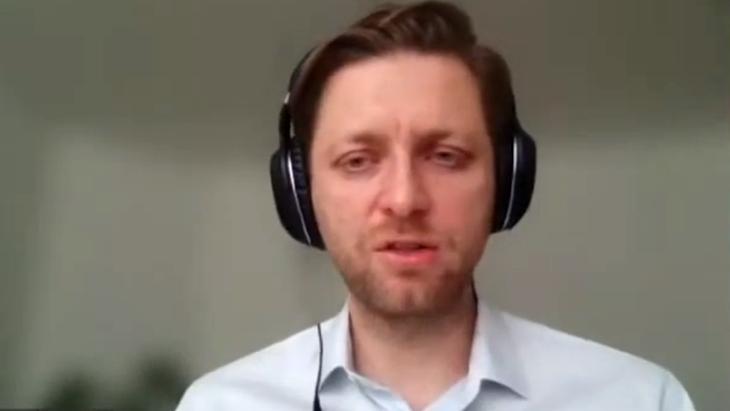 Looking forward to see more development around Carbon Capture & Storage – CCS in the wider Central and Eastern European region, Michal Wendolowski, Climate Technology and Policy Manager at Bellona Europa,  shared some thoughts with us at EnergynomicsTalks. We focused on Romania and Poland, with respect to what the two countries could do for tackling the issue of CO2 emissions by using CCS technologies.

Bellona Europa is part of a larger organization called the Bellona Foundation. Headquartered in Oslo, it is the leading environmental NGO in Norway, focused on climate policy and climate technologies. The dedicated team based in Brussels is called Bellona Europa, explained Michal Wendolowski. “Part of our work is on industrial decarbonization, the combination of transport, electrification, hydrogen, sustainable finance and circular economy – the main topics that you can come across in today’s conversations about climate policy”, he said. Before Bellona, Michal worked for the European association of fertilizer producers. “I have a background of working for an energy-intensive industry and now, as climate technology and policy manager at Bellona, I focus on promoting Carbon Capture and Storage in Central and Eastern Europe”.

Poland and Romania are similar in more than a few respects. They both failed to implement CCS projects in their significant coal-fired power generation sectors in the past. They both continue to count on coal in the energy mix for the next 10 to 15 years, at least. In both countries, the central administrations failed to coordinate and direct such complex interdependent projects in the past.

One critical question when approaching CCS is whether, pilot projects aside, is there any mature technology capable to deliver on the promise of CO2 capture and storage. “The short answer would be yes, CCS is a mature technology”, said Michal Wendolowski. However, when going deeper, all become more nuanced. “Many people refer to CCS as to a set of technologies, rather than one single technology. You have the capture technology with a whole array of possibilities and various stages of technology readiness. For example, there are technologies that have been applied for decades as far as CO2 capture is concerned. Then we have the transport element which is also technologically and commercially mature. We have been transporting CO2 for several decades already by trucks and by ships, from industrial sites where CO2 is the by-product, to the sites where it is used in industrial processes, like greenhouses or beverages factories. Finally, we have the storage element where we also have examples going back to the ‘70s.”

… but only a few commercial applications

However, it might be a little bit more complicated to build a project from A to Z using mature and commercially viable technology.

“Putting it all together is a real challenge! Capturing CO2, having a way to transport it from the capture point to the storage point, having the storage facility identified, characterized and developed – it takes a long time. Typically, it takes between seven to ten years to develop the full-scale project”, said Michal Wendolowski.

He also mentioned the latest data from Global CCS Institute, which indicated there are up to 27 operational CCS facilities around the world, with a total capacity of 36.6 million tons per year of captured CO2. The volume has been rather stagnant since 2018, although during the last three years the pipeline of projects in development or in construction increased by three times.

In the US, CO2 capture technology developed the fastest, noted Bellona expert, “and it is not really done as a climate technology, it is actually done to enhance O&G production”. This is a smaller value chain, most of the time controlled by a sole entity, the oil and gas operator. “In the US, most of the CO2 that is currently used for enhanced oil recovery is not really captured from industrial processes, but it’s actually extracted from natural reservoirs of CO2, so there’s absolutely no climate benefit in that”, Michal Wendolowski said.

The focus has changed…

Compared to the situation two decades ago, the focus of decarbonization has now broadened beyond the power generation sector and includes many more industries than coal. “Industrial sectors, therefore, have to start planning for decarbonization”, noted Bellona expert. There are several avenues of action, he highlighted: “the first step would always be energy efficiency – reduced use of fossil fuels, replace the feedstock, maybe electrify some processes”. But there are industries like cement, the refining industries, the fertilizers industry where there is “practically no large-scale emission reduction technology other than CCS”.

For such industries, when green electricity is available, producing hydrogen based on electrolysis might be a solution; when not, “maybe it makes more sense to install a CCS unit”, Michal Wendolowski said. “CCS is not a one-size-fits-all kind of tool that you can just use on all installations. Each region has to be assessed based on questions like what is the carbon intensity of the grid, does this facility production facility have access to enough electricity. Very rarely industrial units are built in isolation, often there are these complexes grouping different sectors or factories from different sectors and I suppose that it the new model for CCS development in the near future”, he explained.

… and an EU strategy for CCS would help a lot

Some of the largest energy and industrial groups in Europe already announced that CCS is part of their development plans. OMV Petrom is an example, in Romania, Michal Wendolowski mentioned a few examples in Poland. However, “I think we need to have an EU-wide CCS strategy modeled, maybe, on what the strategy for hydrogen”, he said.

An EU strategy would send a strong signal to member states that the EU is recognizing the role of CCS. “We need more funding instruments that are earmarked for CSS and especially above all to rolling out the transport and storage infrastructure, an absolutely crucial element for the success of CCS. No industrial project will invest in capturing carbon if they don’t know what they are going to do with it afterward. The time needed to develop transport and storage infrastructure can be up to 10 years so governments need to start planning for it already,” Michal Wendolowski urged. At present, through the Connecting Europe Facility there is already money that is allocated to infrastructure projects in energy and CO2 projects, but “unfortunately it doesn’t recognize other modalities of transport than pipelines, so currently only CO2 pipelines are eligible for EU funding schemes. […] Sometimes it doesn’t make sense to build a pipeline, sometimes it’s just easier to transport CO2 by a barge on the river or by trucks or by train or to ship it from a port to another”, he explained.

Another area where an EU strategy for CCS would be helpful is the cross-border projects to encourage countries with no storage capacity to work together with those which have it to build together the transport infrastructure, to identify the industrial units, the workforce and all the other resources necessary in a regional.