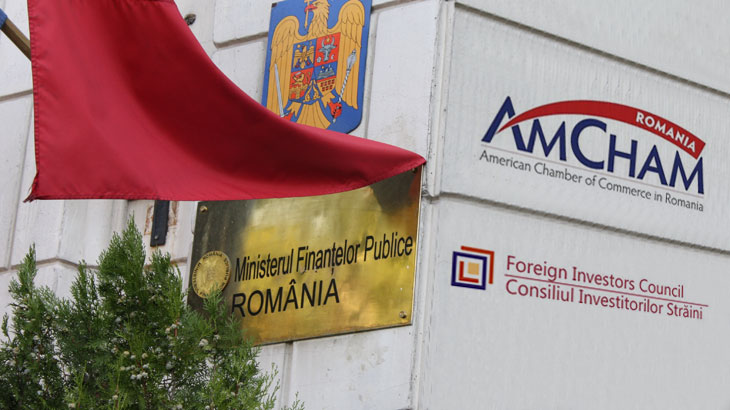 The American Chamber of Commerce in Romania (AmCham Romania) and Foreign Investors’ Council (FIC) have analyzed and advanced to the Ministry of Finance observations and recommendations regarding measures such as: local buildings tax, oil industry royalties; health contributions for incomes from rents and expanding the taxpayer’s base for the public pension funds; health system reform.

The two organisations underscore the effects of several fiscal measures included in Romanian Government’s Letter of Intent to the IMF or currently on the Government’s agenda, prone to affect the stability and competitiveness of the Romanian fiscal system.

Royalty system should be stable throughout the concession

As far as the oil industry royalties are concerned, Mihai Bogza, FIC President, mentions: “We are supporting the implementation of a stable and competitive royalties system that should be applied during the entire duration of the concession contract, as a system like this will bring forth significant benefits for Romania, such as an important contribution to ensuring energy security and independence, improved balance of payments and trade balance, an increased GDP and new jobs created.”

Capping the taxpayers base for Health contributions

However, AmCham and FIC representatives consider that any measure to expand the collection base for health contributions “needs to be correlated with the introduction of the new minimum package of medical services and also be aligned with the capping of the calculation base up to three average gross wages, and not five, as the law currently provides”.

The two organizations ask for an amendment of the Fiscal Code in order to reduce local taxes on buildings for businesses, “by reducing the variation limits of the tax and by reviewing the calculation method of the taxation base in order to reflect the various types of buildings and the fluctuation of the market value” emphasized Daniela Nemoianu, Chair of AmCham Romania’s Taxation Committee.

AmCham Romania and FIC have also been engaged in a joint effort to elaborate recommendations, technical and strategic observations in the context of the process to rewrite the Fiscal Code and the Fiscal Procedural Code. Such recommendations have been advanced to the authorities in charge along with the call for the organizing transparent consultations regarding this legislative framework of top importance for the business environment.