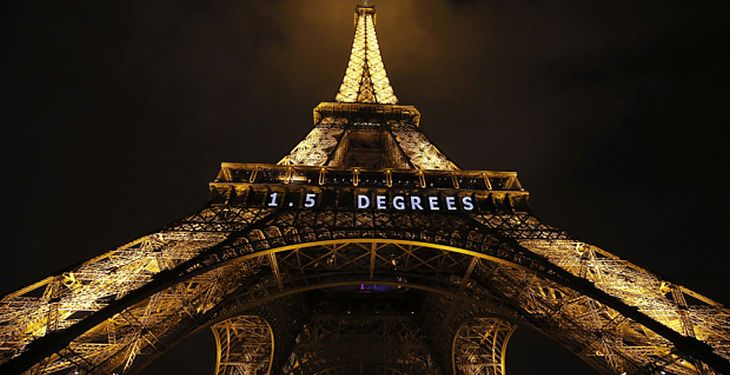 The so-called Paris Agreement, brokered in December 2015, was signed by 175 countries on Friday, at U.N. headquarter in New York. The agreement will come into force once 55 countries representing at least 55 per cent of global emissions formally join it, a process initially expected to take until 2020. The Agreement does not provide for a punitive based compliance regime, but an expert based committee will oversee its implementation.

Many countries, including France, the U.S. and Canada, pledged to ratify the deal by the end of the year. 15 nations – most of them small islands such as Fiji, Barbados, Belize, Maldives and Mauritius – not only signed, but ratified the agreement on Friday.

China, the world’s top carbon emitter, announced it would “finalise domestic procedures” to ratify the agreement before the G20 summit in China in September. The United States, the world’s second-largest emitter, reiterated its intention to ratify this year, as did Canadian Prime Minister Justin Trudeau and the leaders of Mexico and Australia. Maros Sefcovic, the energy chief of another top emitter, the 28-nation European Union, also said the EU wanted to be in the “first wave” of ratifying countries.

French President Francois Hollande, the first to sign in recognition of his key role in achieving the December agreement, said he would ask parliament to ratify it by this summer. The Paris Agreement was a major breakthrough in U.N. climate negotiations, which for years were slowed by disputes between rich and poor countries over who should do what.

Under the agreement, countries set their own targets for reducing emissions of carbon dioxide and other greenhouse gases. The targets are not legally binding, but countries must update them every five years. Already, states face pressure to do more. Scientific analyses show the initial set of targets that countries pledged before Paris don’t match the agreement’s long-term goal to keep global warming below 2°C (3.6°F), compared with pre-industrial times. Global average temperatures have already climbed by almost 1°C. Last year was the hottest on record.

The mechanism to deliver GHG emissions reductions under the Agreement is based on “intended nationally determined contributions” or “INDCs” which are to be made publically available. An INDC is akin to a pledge by a state, or a grouping of states (e.g. the European Union) to curb GHG emissions in the way outlined. The success of the Agreement will of course be based on how ambitious those INDCs are. By the start of the twenty-first session of the Conference of the Parties (“COP21”), 160 submissions had been made to the United Nations, representing 188 countries (including the EU on behalf of its member states).INDCs are subject to mandatory periodic review. Every five years from 2020 the INDCs are to be reviewed.

Mitigation and adaptation relates to the reduction of GHG emissions and adaptation to the effects of climate change. Parties are aiming to reach global peaking of GHG emissions as soon as possible, and parties shall pursue domestic mitigation measures to ensure that the overall increase in global average temperatures stays well below 2°C above pre-industrialised levels. Developed countries are required to maintain “economy-wide absolute emissions targets” and developing countries are required to move, over time, to a similar emissions target framework. Parties are required to engage in efforts to progress adaptation initiatives sustainably. Interestingly the Agreement does not contain any sectoral references to how this may or may not be done, except that it makes express reference to the importance of food production. Adaptation and mitigation measures are not to threaten food production.

States will cooperate to provide support (without liability to compensate) for loss and damage caused by climate change. Parties are required to enhance activity in areas of research and development on loss and damage mitigation, for instance early warning systems, emergency preparedness, risk assessment, and others.

Developed parties are to provide financial support for climate change initiatives (currently this is in the region of 100 billion dollars) to developing countries.

The development and deployment of technology to address climate change and reduce GHG emissions is recognized as a key aspect in the effort to keep a rise in global temperature to below 2 degrees Celsius. Countries are also encouraged to cooperate in their efforts with technology development and transfer. The financing to be provided under the Agreement is intended to further facilitate access to technology for developing countries.

In order to build trust and confidence in the process and, to be frank, to allow country to country peer pressure to be applicable and for the compliance measures to be more effective, significant transparency measures are built into the Agreement including regular disclosures by parties. Parties are required to disclose information relating to, for instance, current national emissions, and information required to assess progress towards fulfillment of INDCs.

This is another periodic review built into the Agreement. It is a periodic check on the implementation of the Agreement. The first global stocktake will take place in 2023, and every five years thereafter. Period reviews are reasonably common in recent EU energy and environment legislation, and such reviews have resulted in significant legislative changes where the original legislation was seen to be failing to meet its objective(s).