European policies and infrastructure optimization are the engines of the trends that currently dominate the field of energy transport in Romania, just like in the rest of Europe and globally. Romania is in the process of implementing large projects to modernize and expand its energy transport infrastructure – for electricity, natural gas and crude oil, as well as solutions for increased flexibility of the power grid (the new Iernut natural gas plant included) and integration of generation units based on renewable sources. Besides the European policies, modernization and new technologies, liberalization and the ever-wider integration of the energy industry put small producers and big consumers in the position to move the markets. The heating sector, the transport of thermal energy included, is still outside these trends. 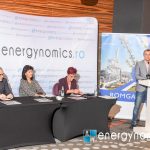 The Energy Breakfast Club edition dedicated to trends and drivers in energy transport, benefited from the presence of top speakers representing powerful and influential organizations – ANRE, Transelectrica and Romgaz – as well as of a qualified assistance, whose contributions have fueled a high level for the conversation proposed by energynomics.ro on September 11.

Otilia Marin, general director in the National Energy Regulatory Authority, mentioned the recent amendments to Law 123/2012, as the natural gas transmission network is well developed at the national level, but the distribution network is not as extensive as it may be. “By means of the changes introduced by Law 167/2018, new opportunities for development in transport and distribution segments were introduced”, said Otilia Marin. One of the important changes concerns the idea of ‚concession’, by which local authorities are encouraged to become more involved in the expansion of distribution networks in all communities in Romania. “Changes have also been introduced regarding the expansion of transmission and distribution systems, as well as the connection procedure, so that the applicant can be more involved,” added Otilia Marin. “The regulation implemented according to Law 123 envisages the opening of the market for design and execution services in this field, similar to the situation in the electricity segment; concretely, the applicant can choose an economic operator authorized by ANRE to carry out the connection works. The cost for the consumer is determined as a result of an agreement between the two parties and the payment is made through the distribution operator, under regulated conditions, in order to eliminate the delays in the payment, as well as the delays in the effective realization of the connection “, explained Otilia Marin..

Adrian Șuța: The integration of electricity markets at regional and European level is the main driver of the moment

Adrian Șuța, Director, Department for Relations with Authorities Regulatory and ENTSO-E, Transelectrica, referred to the process of integrating electricity markets at regional level, with a final target of full integration at the continental level, in the European Union. Romania, through Transelectrica, first, and then through all the actors in the energy market, has a huge volume of European generated regulations to integrate in the national legislation and regulatory framework, but also in the technical and commercial practices of the operators. “We have three families of codes; technical codes for connecting users to the grid, both for consumers and producers; market codes, in respect to capacity allocations between different European regions, in the long and short term; we have the balancing code and, finally, we have the operating codes that set the technical rules for operating the systems in normal and extreme conditions, as well as the restoration of the systems”, explained Adrian Şuţa.

“There are numerous and significant challenges for the national transmission system operator; s many challenges have already arisen and will arise furthermore with regard to the competitiveness of domestic electricity producers, as, with this process, the borders are opened”, he insisted. 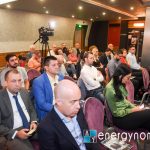 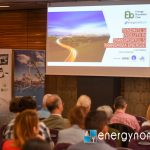 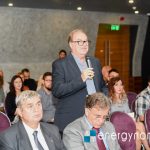 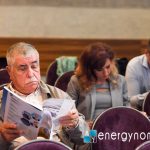 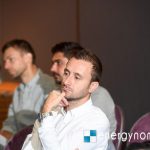 Answering a question, Adrian Şuţa said the adequacy study commissioned by Transelectrica reached the final stages of execution: “We are waiting for the final conclusions and the internal validation process, later this month”. The study will be finalized in late October or early November, when some of the conclusions will be communicated.

Angela Bircea: The Iernut plant will be flexible and competitive

Angela Bircea, technical director of the Iernut Thermoelectric Plant, presented the state of the works at the most important investment in the last decades, in power generation, made by a state-owned company. 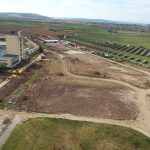 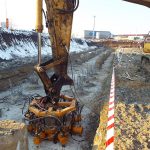 The Iernut thermal power plant was built in the early 1960s, for a total installed capacity of 800 MW in 1967. After retrofitting works made mainly for environmental protection reasons, the unit is still active on the market, “but with energy efficiency of the 1950s”. With an investment of 269 million euros, Romgaz will put into operation the new plant in 2020, which will have an efficiency of 56%, compared to about 35% at present. “We have finalized all the foundations for the turbine hall, the electric building, the recovery boilers and the steam turbines, while the gas turbines and related auxiliary equipment are already mounted on the operating positions,” said Angela Bircea. “The impact of the plant [to the national energy system]will be very important,” CT Iernut’s technical director explained, as the technology used allows the gas turbine to start in 15 minutes, compared to 7 hours now. “In an hour and 45 minutes, at maximum, the steam turbine will start, compared to the current situation, when the 200 MW group needs 9 hours to start,” Angela Bircea stressed.

The new plant will also be an important component in the integrated natural gas value chain, because of its efficiency in electricity generation, and reduced production costs; in addition, increased operational safety and flexibility will strengthen the presence and role of CT Iernut on the centralized power markets targeted.

In addition to the Romgaz investment, the large projects already under way of Transgaz – BRUA, including the Tuzla-Podişor segment, the advance of Transelectrica’s works for closing the 400 kV ring and the hundreds of millions of euros worth investments annually in electricity distribution are all arguments supporting that the national energy transport system will significantly strengthen its performance in the coming years. It is yet to be clarified how the (micro-)generation units based on renewable sources will be integrated in good conditions. Even more gloomy are the perspectives of the thermal energy transport systems, as the largest SACET in Romania, the one in Bucharest, is still searching a formula for reorganization in order to guarantee itself a future. 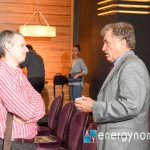 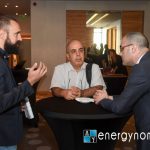 Energy Breakfast Club was organised by energynomics.ro with the support of our partners: Romgaz, Ridgid Emerson, Transelectrica.

Access to Energy Breakfast Club is open to all professionals in the Romanian energy industry and related sectors, based on the invitation of from energynomics.ro. You are welcomed to write us at office [at]energynomics.ro and ask for an invitation!
Energy Breakfast Club is a meeting of 2 to 3 hours where energy specialists have the opportunity to keep themselves up to date with the latest information and the most influential views on one the hot topics of the moment.
As a host, energynomics.ro will provide – from 09.00 AM – the MC and the coffee, will propose the theme and will launch the invitations for the speakers. They are selected accordingly with their best knowledge of the topic and are responsible for organizing ideas and stimulating intellectual challenges. Presentations will not exceed 20 minutes and are intended to be starting points for a dynamic exchange of ideas and perspectives.
The club closes at 13.
Premium WordPress Themes Download
Download Best WordPress Themes Free Download
Download Premium WordPress Themes Free
Download Premium WordPress Themes Free
free download udemy course
download xiomi firmware
Download Nulled WordPress Themes
download udemy paid course for free
Adrian Șuța Angela Bircea ANRE EBC Iernut Otilia Marin Romgaz Transelectrica
Share. Twitter Facebook Google+ Pinterest LinkedIn Tumblr Email