The Romanian energy industry is in a new historical stage, where large developments take place, even in the absence of a single document such as a national energy strategy. More and more companies, including state-owned companies, adopt market-oriented policies and are forced to diversify their business in order to survive. These changes at the companies level require the adoption of changes in the primary and secondary legislation which would allow the legal framework to adapt to allow for the future development of the industry.

From this perspective, the press conference for the launch of the 2016 Energy Strategy Summit official report brought into attention and a new synthesis of the main points of interest of the energy industry regarding the future national energy strategy. At the event participated as speakers Emil Calotă (vice-president of ANRE), Harald Kraft (ROPEPCA elected President), Sorin Boza (CEO of CE Oltenia) and Ion Lungu (AFEER president), and thus there were represented the main important regulator body, the most representative association in the onshore oil and gas, the biggest player in the coal seactor, and association for electricity trading and supply. The press conference attracted the interest of journalists from Agerpres, Invest Energy, Green Report, Radio România Actualităţi, Univers ingineresc, Bursa.

The discussion was opened by Gabriel Avăcăriţei, chief editor of energynomics.ro – organizer of the 2017 Energy Strategy Summit, the largest consultation of the companies from the Romanian energy industry, this summer, held on June 15th, at Buftea. The 2017 Energy Strategy Summit concluded with an official report which brings together the concerns and the key messages of the business environment. 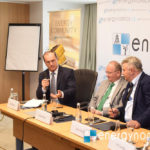 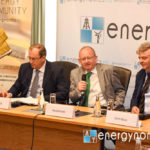 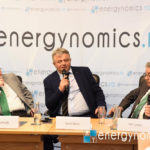 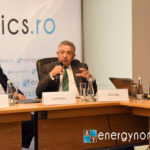 Gabriel Avăcăriţei has exposed the priorities identified in the speeches of the 23 speakers at the 2016 Energy Strategy Summit, priorities which are presented in detail in the executive summary made available to interested audience:

Almost without exception, the speakers present at the 2017 Energy Strategy Summit have highlighted the considerable resources that industry has at hand, not just natural resources, but also financial resources, external (European Commission, international financial institutions), and domestic, from the large state-own companies (including Hidroelectrica, Transelectrica, Transgaz or Electrica). In addition, there is Romania’s long and solid tradition in the energy industry, the size of the local market and its geographic positioning, as well as the expertise of the large regional players present for years in the Romanian industry.

Most speakers noted the setbacks recorded in recent months, notably through public positions, but also through actions taken by the Government and Parliament. Many of these actions run counter to the open market principles that Romania has been holding for years and for whose implementation it has worked over the last decades. The blockages identified by the speakers are mostly related to energy governance, ambivalently invoked. On the one hand, the local implementation of energy policies and European regulations, as well as a good understanding of priorities and trends at European level, allow Romania to identify new opportunities and roles the country can play (storage, interconnections, regional hub). On the other hand, the main risks and bottlenecks also come from the energy governance.

… but major projects are still ongoing

However, there are three certain major projects for this year: works on BRUA pipeline (Transgaz), works for closing the 400 kV electricity transmission ring (Transelectrica) and the program for the implementation of smart metering in the power transport and distribution networks (Electrica, Enel, CEZ, E-ON).

Urgent decisions should come from the Parliament

Emil Calotă, Vice-President of ANRE, stressed the importance and the urgency of the legislative decisions to be taken in the Parliament in the coming months in order to unlock several energy sectors.

“The issue with OUG 64 is no longer strictly a national matter. The European Commission has not yet finalized its investigations into possible barriers against to natural gas exports. Romania has escaped from the infringement when it adopted GEO 64, but now we have to be consistent in converting this piece of ligislation into useful commitments for gas interconnections to become functional”, Calotă observed.

“In addition to the law for approving GEO 64/2016, there are a few other important laws waiting: the law approving the 24t ordinance for renewables, where we still have many things to clarify, and amending the law 325/2006 – the special law for the public service of district heating. Without the latter, ANRE can not analyze and endorse the prices and tariffs for thermal energy, although it has taken over these responsabilities from ANRSC”, Calotă said.

As far as Law 123 is concerned, there are some urgent specific changes, such as the timetable for the implementation of intelligent metering services, and those related to storage policy. “Storage needs to become complementary to the functioning of the natural gas purchasing and trading market.”

In his speech, Harald Kraft, the elected president of ROPEPCA, considered that the role and the achievements of the oil and gas industry are too little known and quite unappreciated by the general public and the political class in Romania. Harald Kraft has mentioned the latest legislative initiatives discussed in the Parliament (including the over-taxation of natural gas producers and proposed changes to GEO 64/2016), which seem to be, in fact, formulas for penalizing the sector, not for supporting it. 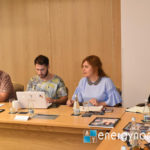 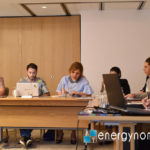 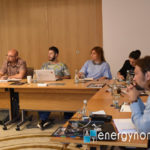 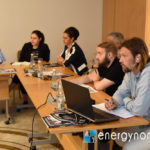 “We got used to imposing restrictions and obligations on the energy market, and this does not help the development of the industry,” Kraft said. The oil industry employs more than 28,000 people in România, and transfers more than one billion euros to the state budget annually, ROPEPCA said. Romania would have had to pay $ 3.5 billion last year, if it had been forced to import the equivalent of domestic oil and gas production, said Harald Kraft, the elected president of the Romanian Association of Oil Exploration and Production Companies.

In turn, Sorin Boza, CEO of CE Oltenia, insisted that after 6 months of 2017, the company is for the first time profitable. “This helps us to have a different vision, with renewed possibility to go to banks,” Boza said. “We have budget investments of 280 million lei from our own funds for retrofitting, and we are trying to prepare for winter in terms of coal reserves.” It is not easy to transport coal at minus 25 degrees, “as raw material has 40% water”, and the rail transport system is very old, Boza stressed. He gave the example of the Dragotesti-Motru route, where the 25 kilometers of railways are covered by the train in no less than six hours.

The company is undergoing a difficult restructuring period in which it tries to introduce measurable performance targets at employees level. “The median age [in CE Oltenia]is 49.6 years. It is an aging company and it is hard to find a graduate today who is ready to put his boots up and the helmet, in order to go to the mine and solve the problem”, explained the CEO of CE Oltenia.

Prices are high, but we need to avoid speculation

Ion Lungu, president of AFEER, the Romanian Association of Electricity Suppliers, stressed the importance of the stability of the fiscal and legislative framework, with referrience to one of the worrying initiatives in the governance program: an increase in the tariff paid by the ANRE license holders. Emil Calota had an intervention to state that this idea was abandoned.

Ion Lungu also referred to the evolution of electricity prices on the Day Ahead Market. “It is clear, that the prices are high at present, but we have to take into account the very low level of reference in 2016,” said Lungu, who asked the regulator to be more present with public positions in regard to the speculations on a so-called market manipulation or abuse of dominant position. “It makes no good to noone having such speculations on the market, so I hope ANRE will come up with a clarifying position on these issues,” Ion Lungu proposed.

For now, what we see are simply market evolutions, and “in the evolution of any market there are times when the prices, established in a correct manner, get bigger,” Emil Calota said. He said, however, that ANRE is looking for ways to intervene to prompt corrections in any conceivable limit situation, “but, I repeat, we have not identified a limit situation for now.”

Following the press conference, several press articles were published. Among them:

InvestEnergy: We have changed at CE Oltenia’s approach. Employees have performance goals. Banks see in a different way now

Bursa: Banks say CEO is not the poor child of the National Energy System anymore

Organized by energynomics.ro, 2017 Energy Strategy Summit brought together over 120 participants and 23 representatives of the top companies and the authorities in the energy industry, as speakers.