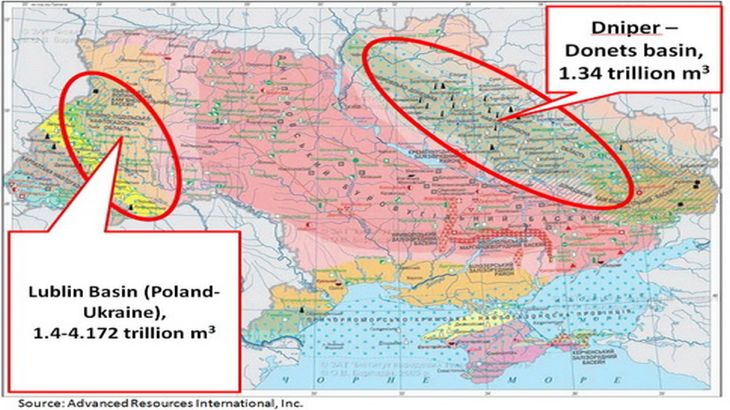 Ukraine signed a 10 billion USD shale gas production-sharing agreement with U.S. Chevron, another step in a drive for more energy independence from Russia.

The deal to develop its western Olesska field followed a similar shale gas agreement with Shell  in January and boosts Ukraine’s leadership at a time of fraught relations with Moscow over gas supplies, according to Reuters.

“The agreements with Shell and Chevron … will enable us to have full sufficiency in gas by 2020 and, under an optimistic scenario, even enable us to export energy,” President Viktor Yanukovich told investors shortly before the signing.

The highest end of expectations for Olesska’s potential reserves would match around three years of European Union gas demand, but similarly sunny hopes for shale reserves in neighboring Poland have been very sharply downsized.

Shale development in Europe is far behind the booming U.S. sector and progress is patchy. Chevron pulled out of a shale exploration tender in Lithuania and has suspended work at a Romanian shale well after local protests.

Ukraine Energy Minister Eduart Stavytsky, who signed the deal with Chevron executive Derek Magness, set it in the context of a high price Ukraine pays Russia for its gas.

“This is one more step towards achieving full energy independence for the state. This will bring cheaper gas prices and the sort of just prices which exist (elsewhere) in the world,” he said.

Ukraine pays $400 per thousand cubic meters for Russian gas under a 2009 10-year agreement. Kiev has failed to re-negotiate its terms with Moscow.

The agreement with Chevron, to extend for 50 years, foresaw an initial investment of $350 million by the U.S. major in exploratory work over two or three years, Stavytsky said, aimed at establishing the commercial viability of shale reserves in the 5,260 square km (2,000 square miles) Olesska, part of a band of shale which stretches from the Baltic to the Black Sea.