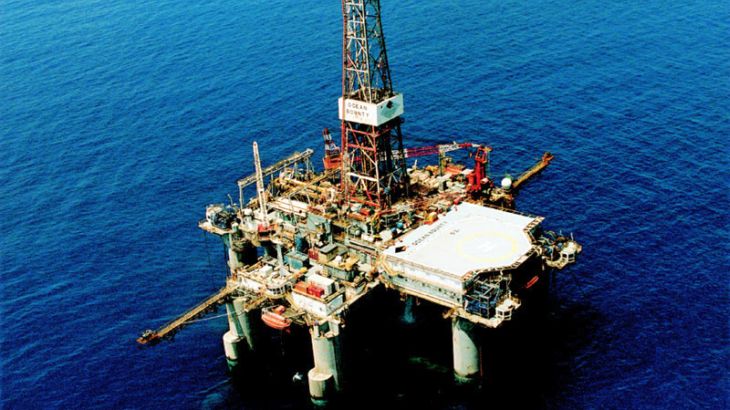 Southeast Europe is hoping increased natural gas exploration in the Black Sea will help cut its dependency on Russian supplies, but a gas bonanza remains elusive and Moscow is taking steps to defend its dominant position in the region, according to Reuters.

Despite previous efforts, the Black Sea has so far not produced much gas because deep water and tough geology have required costly high-tech equipment.

But advances in technology and an improved business climate have helped fuel optimism in a region that has disappointed exploration firms in the past.

“More companies are getting more of an appetite for offshore drilling and they think that they, unlike those who tried previously, have a real shot at it,” said Alex Jackson, a political risk analyst at London-based Menas Associates.

“Doing business in Turkey, Romania, Bulgaria and Ukraine is much simpler now. Those countries also now have significant gas demand of their own, and in particular demand from non-Russian sources. All these factors make it a more appealing prospect.”

The chance to boost domestic energy supplies is a big driver for countries such as Ukraine and Bulgaria which receive most of their gas from Russia. Other countries in the region heavily reliant on Russian supplies, such as Hungary and Slovakia, also hope the Black Sea will soon produce gas.

There are also political undertones. For Russia, it is about protecting the dominance of Gazprom (GAZP.MM) as a supplier to the region while the European Union is seeking to blunt Moscow’s use of energy resources to wield influence.

But Gazprom is taking active steps to defend its dominance in the region.

The world’s biggest gas exporter plans to spend around 17 billion euros to pump 63 billion cubic meters (bcm) of gas a year through the 2,500 km-long South Stream pipeline by 2016/2017, crossing the Black Sea into Bulgaria and further into Europe.

“It’s a real concern that Black Sea gas will become squeezed out by competitors,” Jackson added.

However, the Black Sea’s gas resource potential remains largely unknown and it could take at least a decade for significant supplies to start flowing, analysts and experts say.

“Offshore gas development is the next great hope but the question is whether there’s really (much) there,” said Andrew Neff, principal energy analyst at IHS Global Insight in London.

“We need to have more discoveries to catalyze new enthusiasm and investment. We are still looking at a decade for the (Black Sea’s) potential to be realized,” Neff said.

OMV Petrom ROSNP.BX and ExxonMobil’s discovery last year of 1.5-3 trillion cubic feet (42-84 billion cubic metres (bcm)) of gas reserves at its Domino 1 well in Romanian waters is the most significant discovery in the region to date.

That compares to Romanian annual gas consumption of around 15 bcm.

Yet uncertainty about the extent of potential recoverable reserves remains and many estimates are unconfirmed.

Advanced technology, such as seismic modeling, would help but many countries have not invested much in that yet, making it difficult to gauge the potential of the area.

Ukrainian Energy Minister Eduard Stavytsky has said the country could in future tap at least 5 bcm from shallow shelf areas in the Black Sea.

However, Ukraine would need to invest up to $10 billion a year over the next three to five years to be able to start exploration and extraction at a significant level, said Alexey Volostnov, business development director at consultancy Frost & Sullivan in Russia.

Other challenges to Black Sea exploration include a lack of infrastructure, high investment risk as only one in five wells might prove successful, and difficult access via the Bosporus Straits, said OMV, which has two projects in Black Sea waters.

Unless there is a major discovery which allows one of the countries to become a net gas exporter, it is likely that any gas production would be consumed locally, analysts said.

Much more investment in transport infrastructure would be needed to enable exports to western Europe.

If gas supplies are eventually exported, they could face other problems beyond Russian efforts to defend its market dominance – direct competition with supplies from the eastern Mediterranean.

Huge offshore gas discoveries in the eastern Mediterranean Levant Basin mean that the region could begin exporting gas to Europe by the end of this decade.

Recoverable gas in the Levant Basin, which lies largely in Cypriot and Israeli waters, hold some 3.5 trillion cubic metres of gas, the U.S. Geological Survey has estimated.

That would meet all of Europe’s gas demand for seven years and could mean exports of as much as 2 trillion cubic metres from Cyprus and Israel worth some $800 billion at current European gas prices, Reuters concludes.