Acasă » Oil&Gas » Consumers » The extra duty on fuel makes some types of gasoline to cost over 6.8 RON/liter

The extra duty on fuel makes some types of gasoline to cost over 6.8 RON/liter 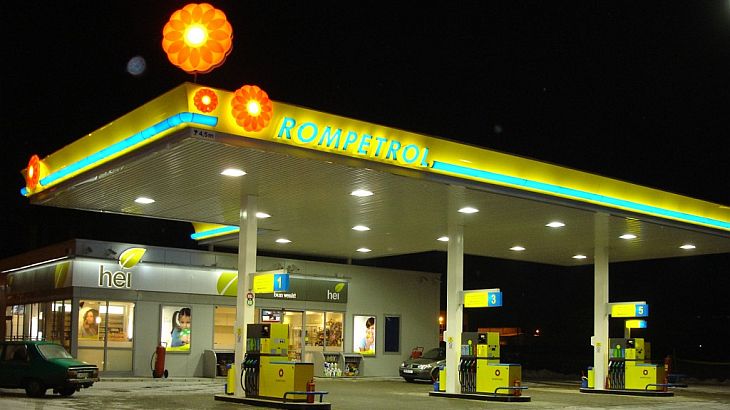 The introduction on April 1 of an additional fuel excise of 7 eurcents on every liter of fuel purchased, which will increase the final price of fuel by about 0,4 RON, made the gas stations in several areas to be flooded with customers eager to avoid, even for a few days, the new prices. Before the new tax, excise made ​​up 30% of the final price of gasoline and 26% the price of diesel.

According to Mediafax news agency, in Suceava the fuel filling stations did record sales by comparison with the daily operations of the past four years. Other stations administrators say the sales were two times higher than in a normal day. According to data received from the stations in the region, a car’s tank of gasoline filled ​​before the appllication of extra duty costs 20 RON less than if it were filled ​​on April 1. The situation repeated in Iaşi and other cities, where queus formed measured a few hundred meters and the waiting time to reach the pump have increased considerably.

The price increase, according to the estimates of Finance Ministry

New excise brings 0,41 RON per liter of leaded and unleaded petrol, diesel and kerosene, the Finance Ministry estimates. The excise duty on leaded petrol will be increased from 547 euros/tonne to 637.9 euros/tonne, respectively from 421.19 euros/1,000 liters to 491.19 euros/1,000 liters. In other words, a liter of diesel or petrol passed the psychological threshold of 6 RON/liter, reaching around 6.2 to 6.3 RON/liter. Some types of petrol, such as Extra 99, jumped as far as 6.81 RON/liter.

Ministry of Finance published the Emergency Ordinance which partially compensates carriers for the payment of  additional duty. According to this government act, the excise duty on diesel used in transport of goods by machine which weights at least 7.5 tonnes and passenger transport, excluding public transport motor vehicles exceeding eight seats, will decrease by 40 euros/1,000 liters to 360.395 euros/1,000 liters.

Over-duty can seriously affect fuel consumption, having the opposite effect: instead of accumulation of cash to  the state budget through additional taxation, it could have an effect on restriction of consumption and a reduction of the amounts collected, said a market study done for an auto consultancy website  in Romania. More accurate in terms of business models proven to be viable, is that lower prices attract a higher consumption and more money goes to the central budget.

Romania had the lowest fuel prices in the EU, but the excise ensure long-term funding

Prime Minister Victor Ponta made ​​statements suggesting that he had to do a swap between having the lowest fuel prices in the EU and have money for infrastructure projects. With this blitzkrieg increase in taxation, Romania succeeded  the negative performance to move from being the European country with the cheapest fuel (although weighted against the average income, the situation is almost the reverse), the ninth country in top countries with the most expensive fuel EU.

In his opinion, the investment in highway projects, funded  from money raised from fuel duty, will have an effect in reducing time travel and the fuel consumption in the transport of goods and persons, will decrease the cost of vehicle maintenance and will reduce the number of road accidents.

The possibility of direct allocation of money to infrastructure building is being contradicted by Dan Șova again, this time from the position of Minister of Transport. “We have available only the political means, because once those money enters the general consolidated budget, normally there is a record of earnings per income and excise tax receipts, as said by the prime minister, must be decided annually by the Government together with the Parliament which are the highway sections that are funded”, said Șova.

Romanian President indicated in a recent letter the risk of fraud in connection with the bills on fuel purchase that will make possible a partial refund of excise duty paid on fuel used by carriers, along with discrimination to provide partial refunds and returns for farmers and carriers, but not a method for recovering the money generated from the pockets of retail customers.

Regarding warning about future frauds, Victor Ponta said he is convinced that the prosecutors, The Internal Revenue Service (ANAF), the national intelligence service (SRI) and Anti-Fraud Department are extremely well prepared to tackle any irregularity. As discrimination against individuals is concerned, Victor Ponta stated that their benefits are others, such as better roads and a reduced risk for accidents.