Acasă » Electricity » T. Livinschi: Now prices for the rest of the year offer a chance to reduce contracted costs

T. Livinschi: Now prices for the rest of the year offer a chance to reduce contracted costs 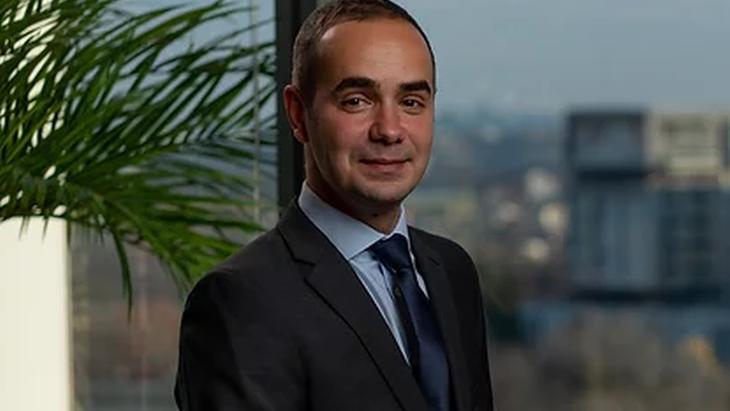 So far, the peak period for electricity prices was the end of last year, in December 2021, when values of more than 250-260 euros per MWh were reached for the calendar year 2022, Theodor Livinschi, founder and managing partner at partnerg-i, told us at EnergynomicsTalks. Prices are lower now but remain double the January 2021 level. “If last year in January 2021 prices for next year’s deliveries were somewhere around 50-60 euros, now prices are somewhere around 130-140 euros, let’s say generically twice as high.”

The good news for consumers who accepted prices of over 1,500-1,600 lei/MWh at the end of last year is that “it seems to be a good time to optimise the price for what is left of this year to a generic supply price of around 1,000 lei/MWh,” according to the partnerg-i representative.

Theodor Livinschi has been working in the energy market for almost ten years; he founded in 2020 the first Romanian consulting and representation company in the procurement of electricity and natural gas supply. He works with large and very large companies, among which we list only Azomureș, Expur and Vrancart. “We offer services that primarily improve the way decisions are made,” Livinschi says. “I refer to a generic price not because I don’t know the prices in the market, but because they differ from one supplier to another, and each consumer has his own consumption pattern, with its own specificities. In turn, suppliers have different costs and different commercial strategies, so there are differences. However, we can generically consider that 1,000 lei/MWh is the current price level for the period between February-March and the end of this year.”

Livinschi referred to the “European trend of rising raw material prices” for energy and says he expected “much more significant movements in the local market – price increases, contract terminations, renegotiations, perhaps even suppliers going out of business. I’m surprised, I didn’t expect the market to absorb this shock so well,” he said. However, the consultant is disappointed with the behaviour of some suppliers and the practices they use, noting that the reluctance of suppliers to bid needs to be corrected. Referring to natural gas suppliers, where the number of suppliers has been drastically reduced in a few months, Theodor Livinschi believes that the suppliers that have restricted or ceased their activity “were companies that entered the supply business based on their status as distributors in a certain area. They were not companies whose core business was the supply of natural gas”. The market seemed deeper, but it was an illusion, because in the case of many natural gas supply companies “there was no interest in entering into a commercial competition to sign with a consumer outside their own distribution area, I repeat, I don’t think it was their core business”.

On the other hand, there are consumers who “have managed to adapt the way they shop and have managed to drastically reduce their decision time,” Livinschi said. “Offers are no longer valid for days or weeks or months, as they were five to seven years ago. Now bids are valid for as little as 15 minutes. You have to be able to decide in 15 minutes,” he insists. Not all decisions turn out to have been good ones, but even deciding is becoming more important for access to energy.

“Being a big energy consumer at the moment is very complicated” and it can be decisive “how big consumers manage to reduce their risks or share them across multiple supply sources. Obviously, at a time like this suppliers are also more comfortable delivering or contracting smaller volumes.” For the near future, Theodor Livinschi hopes “that suppliers’ efforts have not been so great that they will not be able to pass on the entire fall in wholesale prices in electricity supply prices. In general, after a very turbulent period, gaps accumulate in the budget that has to be filled; we are talking about companies that work based on budgets, just like energy consumers,” he explained.

On the recommended approaches for energy consumers, the expert referred to better and constant information, possibly through an outsourced service (what is the energy market at, is it time for a renegotiation?). and closer contact with suppliers to identify willingness to renegotiate contracts and possibly change supplier. A third recommendation is to look at the opportunity to enter into bilateral power purchase agreements, an option reinforced by the recent change in the energy law.

Theodor Livinschi stressed that all support measures applied by the authorities – ceilings, compensation, subsidies, state aid – will be paid by the companies and then indirectly by the citizen. “The state does not have a source of revenue from nothing, but collects taxes, especially from employers,” he said. Livinschi suggests that the increased costs felt by companies (additional taxes, higher electricity and natural gas prices) reduce the potential for increased income for employees. “It would be very interesting if someone would do a calculation to check whether this compensation does not practically reduce the well-being of the Romanian because obviously, companies will not be able to increase salaries to the level they would have done to support the increase in the cost of living for employees,” he said.

Theodor Livinschi emphasized that all support measures applied by the authorities – capping, compensation, subsidies, state-aids – will be paid by companies and then indirectly by the citizens. “The state does not have a source from which to produce revenue out from nothing, but collects taxes, especially from employers,” he said. Livinschi suggests that increasing the costs paid by companies (additional taxes, higher electricity and gas prices) reduces the potential for increased revenues for employees. “It would be very interesting if someone would calculate to see if this compensation does not practically reduce the well-being of the Romanian, because, obviously, companies will no longer be able to increase salaries to the level at which they would have done otherwise, to support the increase in the cost of living for their employees,” he said.

previousChirițoiu: We must not return to subsidizing all consumers
nextCouncil support the EC for a common charger for electronic devices