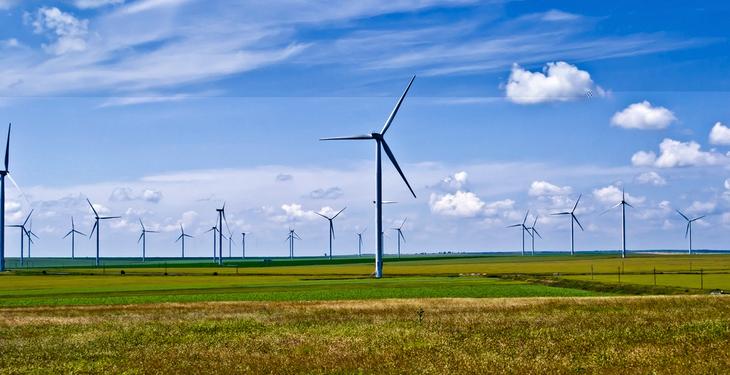 Wind energy, both onshore and offshore, is one of the foundations on which Europe and its Member States will implement the Green Deal, giving society a carbon-neutral future. At a time when the energy transition process overlaps with post-coronavirus economic recovery plans, the efficient use of significant renewable resources available across the continent is possible only with a high degree of involvement and know-how, which RWEA – The Romanian Association for Wind Energy and its member companies are ready to bring to the national level.

According to the European Commission, Europe needs offshore wind capacities between 230 and 450 GW by 2050, which will provide up to 30% of the continent’s electricity needs. Europe is already the world leader in offshore wind technology, generating an annual investment of around €10 billion, more than any other renewable technology, while creating tens of thousands of new offshore jobs of high specialization, and part of this technical and economic potential can be expanded at national level.

While Romania is the leader of Southeast Europe in terms of onshore developments so far, with an installed capacity of 3 GW, to be doubled in the next 10 years according to the National Integrated Energy and Climate Change Plan 2021 – 2030 officially submitted to the European Commission, there is little information on the offshore potential of the Black Sea coast. In this sense, the recent interest in capitalizing it expressed by investors, Romanian and European authorities, as well as companies in the energy field is welcome and can be the necessary impetus for the development of a new field of energy sector, the offshore wind energy.

In order to have a chance to grow healthily and become one of the pillars of Romania’s economic recovery plan, the new field of offshore wind energy needs an ambitious and pragmatic development framework that maximizes industrial, commercial and social development opportunities which such a pioneering field can offer to a society and economy in full alignment with the pace of development in Western Europe.

A first document that will establish this framework at European level is the EU Strategy on Offshore Renewable Energy, which is currently under debate and is due to be finalized this autumn.

To become a reality, a regulatory framework is needed, that should:

The inclusion of the Black Sea offshore area in the EU Strategy for Offshore Renewable Energy is essential for the further development of offshore wind energy at national level, and RWEA – Romanian Association for Wind Energy, is actively involved in supporting this goal, considering that Romania can not afford to ignore this new way of generating clean, cheap energy that has the potential to create a whole value chain located at national level, our country having all the necessary advantages to be a champion of this field in Europe, one of which being the significant funding which Romania has at its disposal for investments in the energy field in the next period.

RWEA considers that offshore wind energy represents a formidable challenge for a new generation and at the same time a remarkable opportunity for Romania and invites all stakeholders in this field to join it in its development process.