Acasă » Oil&Gas » Processing » Rompetrol Rafinare, financial results influenced by the volatility in the oil and gas market, in Q1

Rompetrol Rafinare, financial results influenced by the volatility in the oil and gas market, in Q1 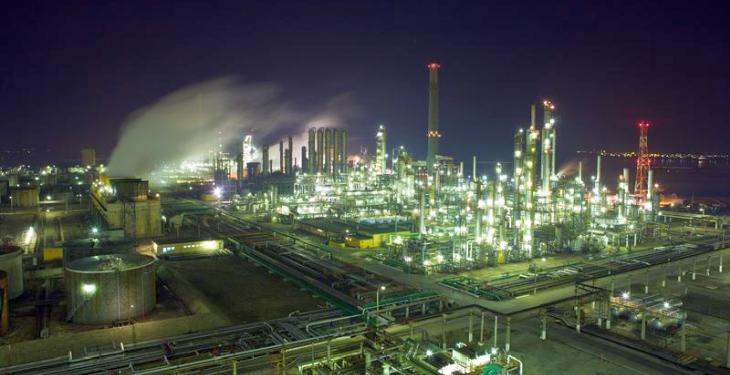 The first quarter (Q1) of 2020 was marked by sharp declines in the oil and gas market, driven by restrictive measures imposed with the onset of the COVID-19 pandemic. Rompetrol Rafinare, member company of the KMG International Group, recorded financial results affected by the significant decrease in gross refining margins, halved compared to the previous year, the company announced.

The consolidated financial result was also affected by the unfavorable weather conditions recorded in the first two months of 2020, which led to bottlenecks in the supply of raw materials. Then, in March, the Petromidia refinery stoped operations for scheduled turnaround works. At the same time, the depreciation of the national currency against the euro and the dollar has put additional pressure on refining margins.

Against the background of the current situation, the company has taken measures to prevent and protect employees, collaborators and customers, by adapting the overall strategy to the global context.

Rompetrol Rafinare, member company of the KMG International Group, successfully completed, between March 13 and April 28, the turnaround of the Petromidia refinery, an operation aimed at increasing the level of safety in the operation of the facilities and creating a stable environment for future development projects of the raw material processing activities.

Amid the installations shutdowns in the first quarter, Rompetrol Rafinare recorded a gross turnover of 929 million dollars in the first three months of 2020. In addition, the operational profit (EBITDA) was strongly affected by the high volatility of the oil and gas market environment.

Rompetrol Rafinare continued to be a major contributor to Romania’s state budget, paying over 271 million dollars in the first quarter of 2020.

The main shareholders of Rompetrol Rafinare SA are KMG International (54.63% – directly and indirectly) and the Romanian State through the Ministry of Economy, Energy and Business Environment (44.7%).

In the first quarter of the year, a total of 1.24 million tons of raw materials were processed at the Petromidia refinery. During the same period, the degree of utilization of the refining capacity decreased by 23.5% compared to Q1 2019, to the indicator of 73.5%, due to bad weather conditions, respectively of the interruption of the operational processes for the general turnaround.

Regarding the Vega Ploiești refinery, the most long-standing refinery in Romania and the only domestic producer of bitumen and hexane, the unit processed over 72,000 tons of raw materials, slightly lower than in Q1 2019, when the refinery processed 79,000 tons.

The gross turnover of the refining segment reached over 760 million dollars in Q1 2020, decreasing by 23% compared to Q1 2019. The variation compared to the first quarter of 2019 was mainly influenced by the decrease in international market quotations of oil and gas on petroleum products, along with the decrease in the volume of products sold in external markets.

The operational profit (EBITDA) and net result of the refining segment were mainly influenced by refining margins, which decreased in the first quarter of 2020 to USD 21.9 / t, given the unfavorable market environment.

In the first quarter of 2020, the total production of polymers of the petrochemical segment increased by 13%, to a total of 32.7 kt, compared to 29 kt in Q1 2019, an evolution due to the operation program of the Low Density Polyethylene Plant (LDPE).

The results of the petrochemical division continued to be affected by market pressure on margins. The petrochemical segment is the only national producer of polypropylene and polyethylene, constantly managing to increase its market share in the secondary product categories as well.

The Petrochemical Division of Rompetrol Rafinare is also the sole manufacturer of the RSB 25 sort, which can also be used to produce the necessary protective equipment for the Health System.

Its dynamic development strategy ensures the company a competitive position on the domestic market, but also on the regional one – the area of the Black Sea and the Mediterranean, Central and Eastern Europe, aiming to maintain the competitive advantage once the market stabilizes.

In the context of an accelerated decrease of fuel sales in March, the company managed to maintain its market share in the retail and wholesale segments. This was maintained because the effects of the restrictive measures, imposed with the declaration of the pandemic, were felt only in the second half of March.

Thus, fuel sales increased in the first two months of the year compared to January and February 2019, but as a result of the declaration of the pandemic with the new coronavirus, sales in the second half of March 2020 halved, after the decree of the state of emergency in Romania.

Rompetrol Downstream continued, in the first three months of the year, the program to expand the fuel distribution. Thus, at the end of March 2020, the company reached a network of 988 sales points (network of own stations, partner stations, mobile stations: express, internal bases of 9 and 20 cubic meters).

previousDistributie Oltenia resumes field operational activity
nextVlăsceanu, ACUE: The liberalization of the gas market will bring with it a diversification of the suppliers’ offer