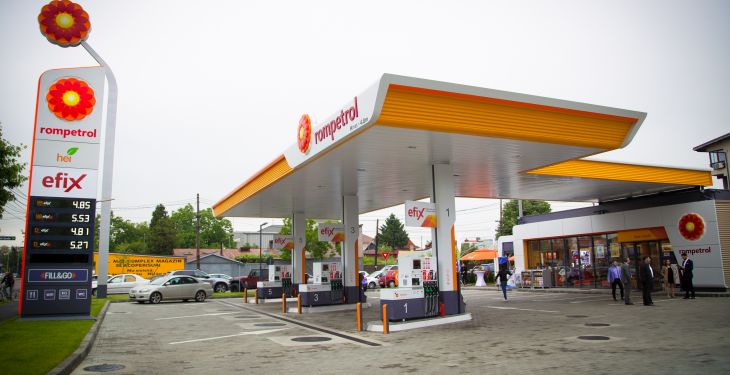 Rompetrol Downstream, the retail company of KMG International, today inaugurated May 26, the first gas station equipped with electric power stations, on Chitila 128A Road, Bucharest, continuing the Group’s commitment to finding sustainable solutions in a world of Of the ever-changing hydrocarbons, according to a release released by energynomics.ro.

According to general manager of Rompetrol Downstream, Vlad Rusnac,  ”even if the market of electric cars in Romania is at an early stage, we cannot ignore the international preoccupation of diversifying sources of energy”.

”We seek to embrace new technologies in order to develop our range of products and services and satisfy customers’ needs, while at the same time showing our care for the environment”, the official of Rompetrol Downstream said.

”The new Rompetrol fuel distribution station follows the modern brand visual identity and is in line with the Group’s retail strategy of improving and diversifying the products and services offered to the end consumer, while integrating innovative technological and sustainable solutions”, the official explained. 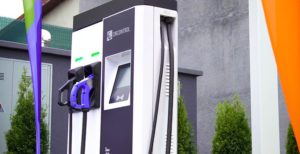 The fast charging electric station respects the strategic program of Romania as part of the EU endeavors in the field of alternative energy, being a sustainable project meant to reduce greenhouse gas emissions and fueling costs, the press release said.

According to Rompetrol Downstream, ”the electric charging point has one alternating and two direct current points of 22 kW, thus being compatible with any series car sold in Europe and Asia”.

Due to the new technologies, 2 cars may be charged at the same time; one 100% electric vehicle being capable to load the battery at 80% of its capacity in just 20 minutes, compared to 7-8-hour time if loaded at a regular snuff. The electric charging service is offered for free to all Rompetrol clients holding electric or hybrid cars.

”This gas station is part of an investment retail package of $10 million to be completed by the end of 2017, which include the construction of 8 gas stations with charging points of 50kW for electric cars in str. Valea Oltului (Bucharest), Campulung Moldovenesc, Baia Mare, Timișoara and the beltway of Bucharest, among other locations”, the press release said.

The overall investments realized in Romania by KMG International amount to USD 4 billion, while the contributions paid to the state budget amount to over USD 13 billion, in the period 2007-2016.