Acasă » Past Events » energynomics.ro Past Events » Renewables to see incremental improvement; biomass, the new hero to be (Nov 3, EBC)

Renewables to see incremental improvement; biomass, the new hero to be (Nov 3, EBC) The brutal reduction in subsidies for renewable industry has forced companies to hurry their passage into another stage – from enthusiasm in developing new projects, to a most efficient business management in hope for survival. Between changes in the support schemes and updates in technology, solar and wind seem to give way for the development of energy generation from biomass and biogas. On November 3rd, at the 11th Energy Breakfast Club meeting this year, we discussed the green industry’s prospects with Zoltan Nagy-Bege (ANRE), Ilias Papageorgiadis (ARBIO) and Joerg Gmeinbauer (Bureau Veritas). Over 60 experts and businessmen directly involved in the renewable industry joined us at Cesianu-Racoviţă Palace and took part in the dialogue.

Zoltan Nagy-Bege, member of The Regulatory Committee, opened the dialogue with a speech in which he argued the need to restructure the support scheme for renewable electricity production sector. Using a comparison with golf, the official from ANRE considered that the sector has developed very fast from the status of fragile industry, which needed help (handicap as it is in golf) in order to compete with fair chances against the mature industries. “With investment costs and fuel costs (for biomass) higher than traditional technologies, renewables find it difficult to compete with the traditional producers (nuclear, large hydro, gas and coal), and this difficulty is eliminated by means of a support scheme,” Zoltan Nagy-Bege said. Gradually, renewable technologies got cheaper and the need for support declined as the overcompensation phenomenon  emerged.

How the support scheme was changed was not perfect, but a cut in the support was inevitable, argued Zoltan Nagy-Bege, given that Romania has achieved its Europe 2020 target – 24% share of renewable energy in energy consumption – since 2015. 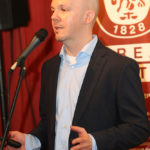 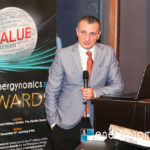 The considerations from the ANRE official inspired a bitter comment from Claudia Brânduş, president of the association of wind energy investors – RWEA, who stressed that Romania has achieved its green energy targets because of the producers that now face dissolution. Not even the recent proposals made by the Ministry of Energy does not help producers at all, and it seems like the whole draft  have been designed strictly in the benefit of consumers, Brânduş said.

The stimulus must focus on environmental gains

The grant centered on the investment was a mistake, believes Zoltan Nagy-Bege, and for the next period, until 2030, the subsidy should aim more precisely the objectives of environmental protection – “incentives for renewable energy production must be granted to those who solves environmental problems, not necessarily to those who want to invest [in renewable technologies]. ” This approach would promote mostly biomass and biogas – a technology which, although represents the main potential for Romania, it has not developed at the same pace as the others. 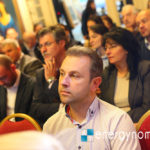 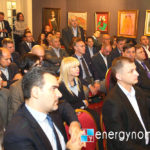 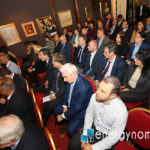 We should not pay for subvention schemes just to achieve some targets, said Ilias Papageorgiadis, ARBIO President, at the beginning of his speech. The money paid by the consumer has to offer something in exchange and this should be a cleaner environment and the resolution of consumers’ problems, like waste treatment, heat and more.

“Biomass is not ONLY renewable energy. Biomass is ALSO renewable energy”, but beside electricity, biomass is the sector that produces heat that Romania needs, Papageorgiadis repeated. Even more, “biomass is the only sector that resolves the problem of waste and environment. It offers stable energy baseload wherever you need it. It helps you avoid huge investments in infrastructure, because you can resolve the problem locally without to make major investment in this direction. Biomass is an energy that helps Romania to become independent and has a direct impact on people’s lives.

In this context, President of ARBIO said that the association has approached the Minister of Energy so that the draft amendment to the Law 220 to inlcude an additional green certificate for the companies in the sector – a measure considered the only chance of survival for producers of energy from biomass.

Regarding the short-term future, Papageorgiadis warned on a number of European directives that will require significant changes at the national level and will require reaction before 2020. “Europe says: ‘Don’t send your waste to landfill!’ Today, in Romania, 97% of waste goes to the landfill. It has to be less that 50%, otherwise the penalties will be 200.000 to 500.000 euros per day! The top priority is to built plants that prevent waste to reach the landfill. A study we conducted shows that 75-80% of the waste is concentrated in 25 cities, so, with 25 plants in România we can resolve the waste problem”, said ARBIO president. 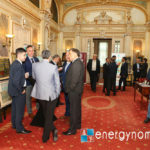 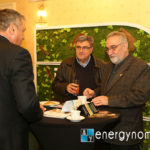 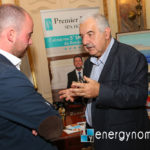 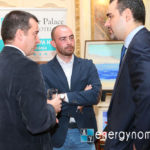 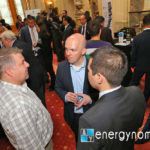 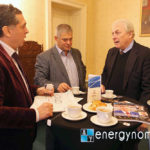 Papageorgiadis presented the idea of a support scheme of up to  EUR 200 million, which can sustain 300 MW produced by biomass, With this scheme Romania will avoid the penalties that are coming, 12.000 – 15.000 people will be hired, 500 MW of Heat will be offered at a lower price for the consumers around the country and we will clean our environment.

Trends and perspectives on the global energy market

In his presentation, Joerg Gmeinbauer, Global Head of Power Markets la Bureau Veritas, appreciated that the industry is experiencing the most disruptive moment since the start of electrification and identified four patterns of changes that define the new “normal”:

Regarding the European renewables market, Bureau Veritas experts expect that Europe will remain with the biggest problems to be solved and will act as a blue print for the rest of the world. Here, market failure is most acute and a redesign will happen with again more market, less subsidies, and maybe a revival for a CO2 system of pricing.

In this complicated landscape, Joerg Gmeinbauer mentioned the importance of conformity assessment, one of the services offered by Bureau Veritas. Mainly, testing and certification of conformity (for products, assets, systemy, suppliers etc) lead to facilitation of trade and reduction of transaction cost. With 66.000 employees in 140 countries, with 1400 offices and laboratories, Bureau Veritas is one of the most important players globally in the testing, inspection, certfication area.

The event was organized by energynomics.ro and supported by our partners: Bureau Veritas, Premier Palace SPA Hotel, Ridgid.

This year, energynomics.ro aims to organize one more Energy Breakfast Club meetings. The schedule and the proposed themes are here.

Access to Energy Breakfast Club is open to all professionals in the Romanian energy industry and related sectors, based on the call of energynomics.ro. You are welcomed to write us at office [at] energynomics.ro and ask for an invitation!
Energy Breakfast Club is a meeting of 2 to 3 hours where energy specialists have the opportunity to keep themselves up to date with the latest information and the most influential views on one the hot topics of the moment.
As a host, energynomics.ro will provide – from 09.00 AM – the MC and the coffee, will propose the theme and will launch the invitations for the speakers. They are selected accordingly with their best knowledge of the topic and are responsible for organizing ideas and stimulating intellectual challenges. Presentations will not exceed 20 minutes and are intended to be starting points for a dynamic exchange of ideas and perspectives.
The club closes at 13.
Tags:ARBIOClaudia BrânduşIlias PapageorgiadisRWEA