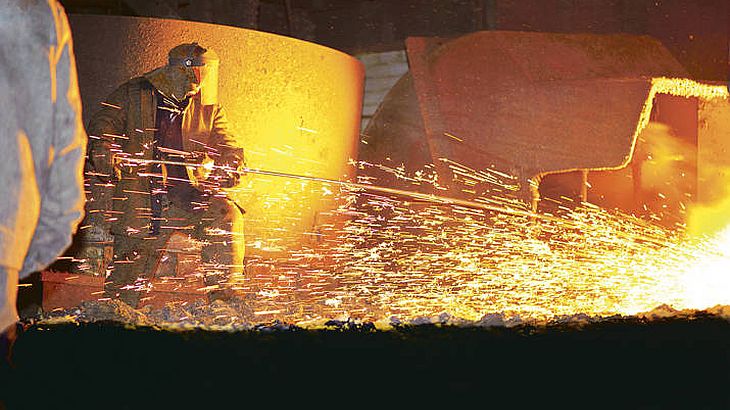 Industrial companies exempted from the payment of part of the green certificates will return over the state aid if the aid scheme, for 10 years, no longer meets the eligibility requirements, says a draft government decision initiated by the Ministry of Economy.

The government adopted, on June 11, 2014, the decision HG. 495 to establish a state aid scheme exempting certain categories of end users from the application of Law no. 220/2008 on establishing the subsidy system of energy production from renewable energy sources, according to Agerpres.

That scheme has been developed in accordance with the Guidelines on aid for environmental protection and energy for the period 2014 – 2020, adopted by the European Commission in April 2014, stating that to avoid relocation of businesses affected by funding the subsidies for renewable energy sources, and their placement in a difficult competitive situation, partial exemption is required, explained the note.

The state aid scheme established by Government Decision no. 495/2014 shall be applied for a period of 10 years starting December 2014. The exemption from the payment of green certificates varies between 85% and 40% and is done differently depending on the share of energy costs in total costs of the respective companies.

The state aid scheme provides exemption eligibility criteria in addition to those provided for guidance or implementation. The criteria are based on energy audits, measures to increase energy efficiency, jobs saving during the scheme and not laying off in that period more than 25% of the employees, and also on partnerships with education institutions to increase training and attracting qualified staff.

The new project initiated by the Ministry of Economy, which aims at amending GD 495/2014, provides that companies must submit an annual documentation showing that they are still eligible.

Documentation must be submitted by the beneficiaries up to 31 May of each year and will contain the tax certificate on payment obligations to the state consolidated budget and the local budgets; evolution of the number of staff or a certificate issued by the ITM (based on monthly statistical reporting sent to ITM) showing the number of employees or extracted from the general register of employees (REVISAL), valid for December of the previous year of monitoring the scheme; list of partnerships with educational institutions and / or contracts with them ongoing to achieve specializations in business and vocational schools, workplace training, scholarships etc. and / or sponsorships for facilities list laboratories in secondary and higher education and / or list of training programs for students and teachers.

Also, it is necessary to submit a document showing the calculation of the electro-intensity, together with the financial statements for the last three years, and an energy audit report outlining the company’s situation in terms of energy efficiency measures recommended by the energy auditor to be implemented by the enterprise, the measures undertaken by the company and status of implementation of energy efficiency measures undertaken as appropriate.

“If in the course of monitoring a surplus of state aid is registered, granted by exemption to the percentages referred to in Art. 2, p. (4) of Government Decision no. 495/2014, Ministry of Economy will take the necessary steps as that aid surplus to be repaid before July 1 of the year following registration surplus. The surplus is considered registered if the company no longer fall in the percentage of exemption provided in the agreement for exemption issued by the Ministry of Economy, that if this percentage is lower than specified in the agreement for exemption”, reads the new draft.

The eligibility criteria are no longer considered fulfilled during the validity of the agreement for exemption if the beneficiary no longer meets the criteria for electro-intensity; record debts to the state budget and local budgets; did not implemented energy efficiency measures undertaken; laid off more than 25% of the employees at the time of qualification in state aid scheme; has no ongoing partnerships and / or agreements with educational institutions and / or sponsorships and / or training programs for students and teachers.