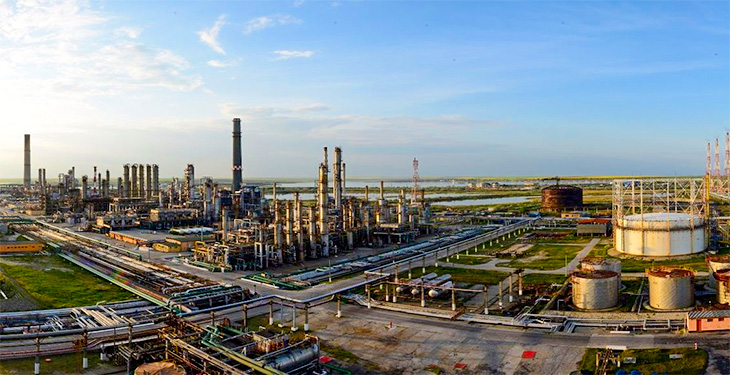 Petromidia Refinery Navodari will invest in 2019 50 million dollars, allocated for the alignment and continuation of installation revamping, as well as for the digitalization.

”Petromidia is the engine of the development of Năvodari for the last 40 years, but also the heart of the KMG International Group – which stays at the base for the success of Rompetrol in the Black Sea basin. We are proud of the history and performance achieved by the refinery and we wish to continue the development of Petromidia, along with our main resource: the passion and commitment of the employees. We celebrate with the people who built the Petromidia story, present at all the stages that defined what Petromidia means today – a model of efficiency and professionalism”, said Zhanat Tussupbekov, CEO of KMG International.

The refinery has the highest white product output in the region – 86.2% and ranks 9th among the 250 refineries in Europe and Africa, according to a study made in 2018 by Wood MacKenzie. During 1979-2018, Petromidia processed a total volume of 122.8 million tons of raw material and 3.1 million in the first half of this year, the objective for 2019 is to reach another historic record – 6.1 million tons.

With the support of the future investments, KMG International aims to increase the quality of the fuels and to enter the Euro 6 segment, which will have an even lower impact on the environment. At the same time, several important and innovative projects are foreseen, such as developing a new bitumen unit that would double the annual production, an alkylation unit that could develop the capacity of obtaining essence or a dewaxing installation that would allow for the optimum Diesel fuel production and for temperatures of -35 degrees Celsius.

On Petromidia platform, currently work over 2,800 people, direct employees of the group, as well as contractors. The annual contribution of Rompetrol Rafinare (the operator of Petromidia Refinery) to Romania’s State Budget is approximately 1.5 billion dollars.

Given the 40th anniversary of Petromidia, KMG International launches new education and health programs in the region, aiming to healthily and harmoniously develop the new generation. The projects developed in partnership with two important NGOs aim at supporting the children coming from less advantaged families in Constanța County and not only, via a free dental health national program, as well as by supporting quality education and teachers in the elementary and gymnasium and high school and university education in the country.

previousMeyer, FP: Investing into Reactors 3 and 4 does’t make financial sense, we don’t see the project done with the Chinese
nextMark Gitenstein has received a new term in the Committee of Shareholders’ Reps of Fondul Proprietatea