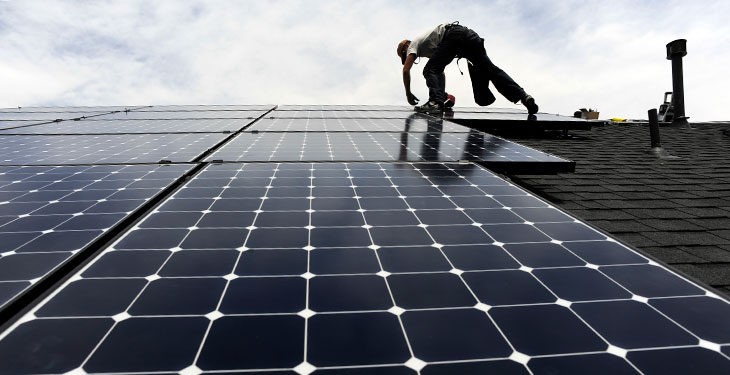 The Employers’ Organization of the Renewable Energy Producers in Romania – PATRES calls on the management of the Environmental Fund Administration (AFM) to urgently resume the financing program regarding the installation of photovoltaic panels for electricity production, in order to cover the consumption needs and deliver the surplus in the national network for natural persons (prosumers), according to a statement.

“If the malfunctions reported in the press did exist, they should be dealt with by the institutions empowered to solve them, so as not to deride this long-awaited program, proving the maximum interest for it of the Romanians. We are surprised and worried that, instead to note headlines in the press such as ‘AFM plays an important role in Romania’s energy future’, we found the association of prosumers with ‘Computer fraud’, ‘Smart guys’, ‘Installers favored by AFM’, which is unacceptable from our point of view. We also note that in the last month since the program was suspended, documents submitted by citizens to installers, but not yet registered on the platform, have expired, citizens are rightly confused at the moment, and AFM does not come with concrete information. Thus the risk that people, after many delays and set offs on the roads to obtain the necessary documents, to decide to abandon the project. Which is not good for the concept of prosumer in general,” said Viorel Lefter, president of PATRES, according to Agerpres.

In order to speed up the resumption of the program, the PATRES Organization addressed the AFM, with the request to take measures to meet the domestic consumer – the future prosumer, as well as the energy sector in Romania.

These measures include the immediate transmission in the public space of a release / information regarding the stage of the investigation, as well as the assumption of a calendar date regarding the resumption of the program, transparency and communication from the AFM, which must publish, as a matter of urgency, the list of validated installers, of which to determine the number of natural persons registered by each installer in the AFM Program.

previousForeign direct investments increased by over 2.84% in the first eight months
nextThere are at least one million vulnerable consumers of energy and gas in Romania