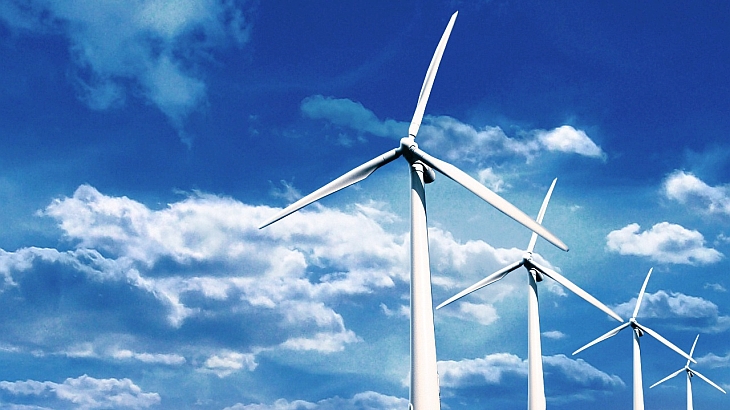 Emon Electric, became starting May a member of Monsson Group, which acquired its majority stake. Emon is a regional leader in transport and electrical energy distribution, industry, electrical traction and telecommunication infrastructure.

Monsson Group has concentrated its activities on renewable energy since 2004 and has become in time an important developer of wind farms, having over 2.4 GW projects in its portfolio. With 250 skilled employees, Monsson Group offers a full life cycle of wind farm services comprising development, construction, operation, maintenance, service and energy trading.

Since 2014 Monsson Group has started to supply services in the European Union, thereby, its national strategy has become international.

Monsson Group has started in 2014 to supply services in the European Union, thereby, its national strategy has become international.

“We consider that now we have completed the range of services offered to our clients and we have extended the field of activities. By offering a complete solution for our clients we will be able to increase the quality and improve the overall performance of our clients’ installations. The knowhow of both companies will create a quicker response time and integrated solutions. In our opinion, the export of services and products in the European Union is vital, but not only”, states Mr. Emanuel Muntmark, CEO of Monsson Group.

The development of the Group continues with Emon Electric, from now on part of the Monsson “team”.

EMON Electric developed as a leader in the field of EPC engineering and services for energy, industry, electrical traction and telecommunication Infrastructure. Together with Emon Electric, Monsson Group will have over 350 employees, engaged in design, production, installation, operation, maintenance and service of wind farms and electrical installation.

For its clients and business partners, Monsson Group will be able to offer from now on a wider range of services “from design to execution, from operation to maintenance with the help of a team of professionals that we are proud of,”say company officials.

“We will be able to access a much wider range of clients being part of Monsson Group and bring our know how of electrical installations that we have accumulated over a decade”, says Mircea Solomon, CEO of Emon Electric.

“We believe that in this consolidated formula we will be able to harness at full potential our experience and competences”, he added.

Both Emon Electric and Monsson Group have been involved in reference projects for Romania as well as for the European Union, within which they have proven capability, competence and professionalism.

Monsson Group has developed Europe’s largest onshore wind farm of 600 MW that has been sold to CEZ. In 2014, Monsson Group continues to be a leader among the developers of wind farms in Europe, having sold wind farms to OMV-Petrom, Butan Gas, Steag and CEZ. At this moment Monsson Group is the market leader of service and maintenance for wind farms in Romania.

EMON Electric has designed, executed, delivered and placed into operation the electrical system of traction for the project of TRAM Athens Olympic Games from 2004, as well as the extension of Line 2 for the subway from the capital of Greece (Anthoupoli – Peristeri / Attiko Metro Athena). Also, EMON has designed the main transformer station 400/110 kV 3×250 MVA Tariverde and many other important projects in the T&D field, Industrial and Electrical Traction from Romania and the EU.