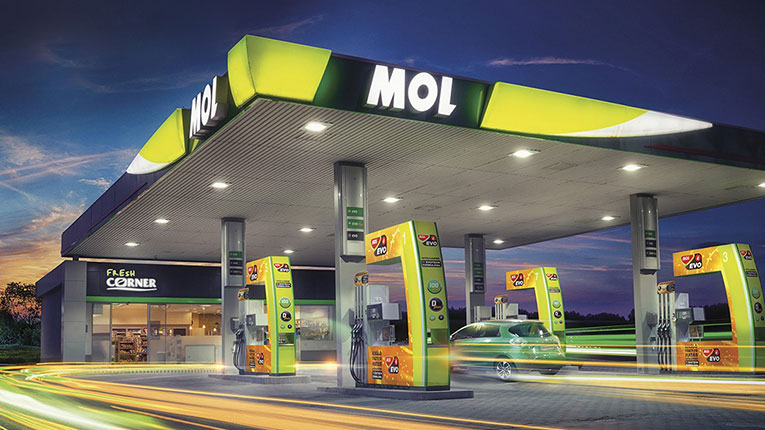 The MOL Group achieved, in the first half of this year, an EBITDA operating profit of 2.179 billion dollars, while in the second quarter the result was of 1.347 billion dollars.

The Upstream and Downstream segments managed to offset the impact generated by the fuel price regulations in certain countries in the Central and Eastern European region and the exceptional taxes in Hungary. The impact of these measures was estimated at approximately 640 million dollars, being generated in a proportion of 90% by operations in Hungary, in the first half of 2022.

Due to the robust performance in Q2, the MOL Group has increased its EBITDA estimates for the full year 2022 to approximately $3.3 billion from approximately $2.8 billion.

“The second quarter of 2022 recorded, once again, a period of unprecedented uncertainty for the entire energy industry. Maintaining security of supply in the Central and Eastern European countries where we operate has become our number one priority and we have managed to meet our commitments in recent months as well. However, state interventions in Central and Eastern Europe have affected MOL’s business, putting pressure on our revenues and operations. On the other hand, it is encouraging to note that we managed to maintain our results in line with the established plans, even in these months of crisis, that we are on the right track in achieving our goals and that the regulatory measures do not slow down our investment plans. We have several ongoing transformation projects, in accordance with the objectives established in our 2030+ Strategy, to which are added a series of new investments through which we aim to diversify the supply area. In this difficult context, MOL is more determined than ever not to lose sight of these ambitious goals,” said Zsolt Hernadi, chairman and CEO of MOL.

In the Consumer Services segment, EBITDA decreased in the 2022 quarter by 72% compared to the same period in 2021, to the value of 46 million dollars, due to price capping in Hungary, Croatia, Serbia, Slovakia and Bosnia and Herzegovina.

The negative results in Hungary were also influenced by the one-off or recurring taxes on the retail segment. Regulated prices contributed to an artificial increase in sales volumes, so that in most markets in Central and Eastern Europe sales volumes recorded by MOL continued to grow, generating a 16% increase compared to the same period last year in Q2 2022.

The number of transactions increased by 9% from year to year, and the presence of a large number of customers contributed to the consolidation of non-fuel margins, partially mitigating the existing negative effects.

In the Gas Midstream segment, the EBITDA result decreased by 33% compared to the same period last year, totaling 15 million dollars, against the background of the four-fold increase in the cost of gas and the weakening of the forint’s strength against the US dollar. The volumes of gas sent to warehouses increased by almost 25%, but both the volumes sent locally and those exported decreased significantly in Q2 compared to the same period last year, being determined by the unpredictability of the gas market at the regional and EU level.

The Innovative Businesses and Services segment reached a new record, with the awarding by MOL of the concession tender organized by the Hungarian state regarding municipal waste management services for a period of 35 years, starting on July 1, 2023. This opportunity allows MOL to expand its value chain, provides access to new energy generation capacities using waste and is subordinate to the MOL 2030+ Strategy “Shape Tomorrow” from the perspective of its commitment to invest in the circular economy.

previousTransgaz: Net profit higher by 109% (934 mln. lei), compared to the level assumed in the 2017-2021 Management Plan
nextCE: Sanctions will not prevent the Siemens turbine from being sent to Moscow