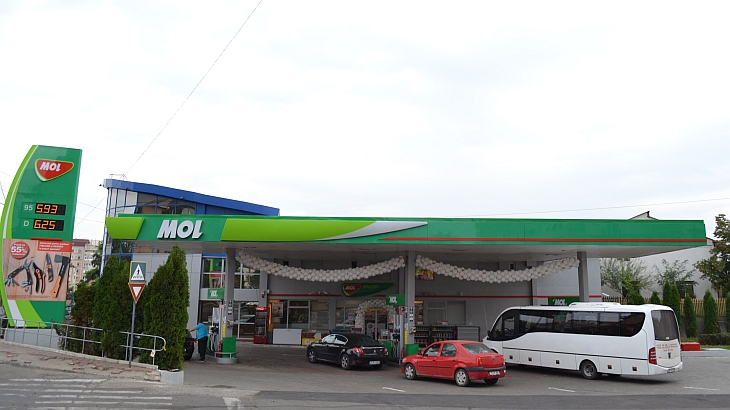 MOL Group bought 208 gas stations in three countries of Central and Eastern Europe, which extends its total retail network to around 2,000 units in 11 countries.

MOL Group announced the purchase agreement with Eni, targeting business entities in the Czech Republic, Slovakia and Romania, including fuel distribution network (which currently operates under the brand Agip). The decision is in line with the strategy of MOL Group for Refining and Marketing segment (Downstream) to enhance market presence, geographical coverage and number of customers. Acquisition agreement  contains also the takeover of  wholesale fuel sales activity from Eni in these countries.

By integrating Eni gas stations from the Czech Republic, Slovakia and Romania, MOL aims to create synergies on wholesale and retail sales, an increase of quality of products and services, namely operational excellence.

“The acquisition is an important milestone in our strategy to increase the filling station network in Central and Eastern Europe. In the Czech Republic the average sales of acquired stations are between the top three positions, in a ranking of fuel retail companies. In addition, MOL Group will hold the second largest network of petrol stations in the Czech Republic”, said Lars Höglund, Senior Vice President of MOL’s Retail Division.

In Romania, the acquisition represents an important step in the MOL Group’s strategy to increase market share. By integrating the 42 new gas stations, MOL Romania will reach a network of 189 units, located on high traffic streets or in positions of high visibility, under its brand. “We will continue our efforts to grow on the basis of high standards of performance provided by our capable team”,  said Kinga Daradics, CEO & Country Chairman MOL Romania.

Considerable impact on the regional presence

MOL Group’s position in the Czech Republic will be strongly supported by this acquisition: the 125 new gas stations, along with the other 24 under Slovnaft brand and 124 PAP Oil stations, will increase the group’s market share to more than 10%. Sales of newly acquired network average almost double the national average.

In Slovakia, the MOL Group network will reach 253 units. The 41 newly integrated stations will improve the average sales and the portfolio of products and services ofered to customers.

MOL also agreed to acquire Eni’s  stake in Ceska Rafinerska; however, Unipetrol,as a  majority shareholder of CRC, has the pre-emption for CRC shares. Completion of the agreement depends on the fulfillment of prescribed conditions, including obtaining the opinion of the competition regulators.