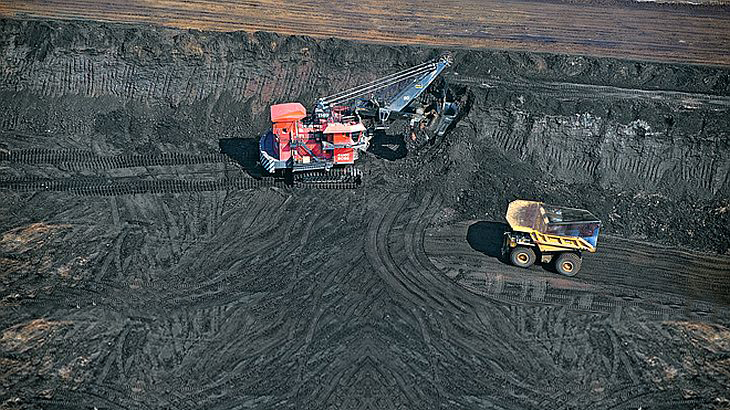 The countries that are resource-rich like OPEC cartel member states, Russia, Nigeria, etc., failed to create diversified economies and inclusive political systems based on political pluralism, independent media, rule of law, good inter-ethnic and inter-confessional relations, despite high revenues obtained from decades of their mineral resources’ exploitation: oil, natural gas, uranium, gold, platinum, diamonds.
In the recent issue of Foreign Policy Romania a social development specialist from the World Bank makes a statement illustrative of what some have called “resource curse”: “In 1950, Kuwait and Qatar had a GDP per capita six times greater than that of France or Germany. 6 times! After 60 years of “development”, they have reached the fantastic performance of having a GDP per capita twice as small, and neither are countries where people flock to reach. Moreover, […] the performance of countries that are resource-dependent is a victim of hazard.”
The author, aware of the structure of the Romanian state revenues and the fragility of its economic and political system, states on the basis of analyses of other cases that natural resources exploaitation cannot form, on its own, the basis for the development of human and economic potential held by Romania. “For Romania, starting shale drilling or of Rosia Montana gold mining would not only have social and environmental effects that we fear, but would also have a number of perverse economic effects. Essentially, the start of such large-scale operations may impede the real economy – both at the macro level and at the local level.”

For Romania, starting shale drilling or of Rosia Montana gold mining […] would also have a number of perverse economic effects

To better understand the mechanisms that drives the divorce between sustainable growth and natural resources exploaitation, we extract as many lessons as we can from the experience of countries that have experienced an explosion in the production of rwa energy and mineral materials. The phenomenon of stopping other sectors of the economy (particularly manufacturing and producing goods and civilization) was named “the Dutch disease” after the Netherlands registered an acute economic decline during the second half of the twentieth century, although it cashed easy money from natural gas deposits.
The stopping of industrial activity is not the only danger that a country confronts when its income comes mostly from the production and sale of raw mineral resources. This economic activity it threatenes the very viability of the political system. The mechanisms are very insidious, and the attraction of rent extraction is difficult to remove. Numerous evidence indicates that natural resource wealth and the focus on this sector by state authorities attract widespread corruption, poor governance and the development of underdevelopment. Easy money lead also to the erosion of purchasing power through inflation because they don’t come from increased work productivity and they do not seek to purchase goods and services.
Another victim is the exchange rate, which makes other exports (agriculture, industrial production) to be no longer competitive. In addition, cashed money are directly proportional to international prices, a factor beyond the control of the state that owns the resource. A given international situation such as economic crises, sea lanes blockages, strained international relations, full-blown armed conflicts or declining consumption due to increased energy efficiency can erode the state’s revenues by inserting it into a recession or a liquidity crisis.

Non-tax state income weaken democracy and the rule of law

When a state decides to base its economic growth and social development on sources of money obtained from mineral resources selling it has to face a very dangerous world experience: no developing country whose exports are mostly composed from mineral resources exports the component energy and Mineral resources has managed to become a democracy, with resilient communication, cultural and national security systems.
An analysis recently published in the prestigious journal Foreign Affairs states that “rather than promoting entrepreneurial middle class, oil wealth, when controlled by the government, stifles the emergence of a class of independent businesspeople and swells the state power in relation to that of its society.”
In the 1950s economic theory was saying that for a state, having natural resource is a blessing, as can be the basis for rapid economic growth. This way of thinking about natural resource economics ignores the political and psychological mechanisms, and was contradicted by the experience of the next thirty years.
In the 1980s the evidence showed that the states rich in natural resources and which increasingly based their economic activity on their extraction and selling had an economy less competitive than the states in their region, but which did not have a rich soil. Those states had to replace the lack of mineral resources with fiscal discipline, work productivity, human development and technological innovation. Those resource-rich states, on the other hand, have authoritarian governments trends, economic and social instability, even intra-state conflicts.

Revenues from taxes are one of the main liaisons between state and citizen. Citizens of the state are major shareholders in that it provides for it the largest share of capital through their activities. By paying this money they gain the right to monitor what the state does for them and on their behalf. Besides, the state shall ensure its survival through the provision of public goods to its citizens: education, health, culture, infrastructure and defense.
Since the main source of income for the state no longer are the taxes, but the selling of raw minerals, the state will not be motivated anymore to provide public goods to its citizens; now it can manage without their money, it has alternative, reliable sources of income and relatively predictable. This makes the money not to be directed mainly towards the overall development, but is diverted to the private pockets of decision makers.

Real economic growth is based on human capital and technological innovation

Romania passed once through the mirage of easy money, and the effects of delaying timely reforms are now observed. Money earned easy by the state did not motivated the policy makers to make responsible decisions, and the benefits distributed freely to citizens made ​​them not as interesting to hold them accountable about the sources of growth, visible unsustainable. The analysis published in Foreign Policy Romania shows that during 2000-2008, the Romanian state budget increased 3.4 times – from about 17 billion in 2000 to about 47 billion in 2008. But the money did not go too often in strategic projects.
In addition, between 2000 and 2008 “the number of state employees by 17%, while total employment grew by only 1.3%. Moreover, budget revenues increased 6.5 times (not adjusted for inflation), while earnings of all employees rose 5.2 times. In this way, the public sector has come to compete with the private sector – as happened in Greece before the crash – and for many it has become more profitable to work at state than in the private sector.”

previousCEO and CFO of OMV, reinstated in their jobs up to 2017
nextEnergy Efficiency – small victories below empty promises