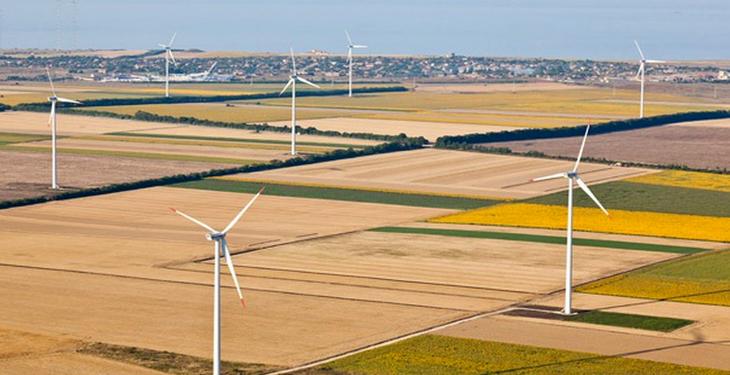 The Swiss energy company MET Group, based in Switzerland, acquired from Enel Green Power the shares that the Italian group owned in a wind farm in Bulgaria. The transaction is part of MET’s development strategy to achieve a significant portfolio of renewable energy units in Central and Eastern Europe (CEE).

MET Group signed a contract with Enel Green Power S.p.A., the renewable energy division of Enel Group, on October 12, for the acquisition of the 42 MW wind farm, located near Kavarna, in northeastern Bulgaria. The company states that the completion of the transaction will take place before December 2020.

The 5th largest wind farm in Bulgaria has two locations in Shabla and Kamen Bryag. With 14 Vestas-V90 wind turbines, with a capacity of 3 MW each, and operational since in 2010, the wind farm provides electricity equivalent to the consumption of approximately 30,000 homes.

MET considers that the development of renewable energy production in Central and Eastern Europe is an essential part of its business strategy for the future and, at the same time, supports the energy transition from coal to Europe.

“The acquisition is a clear sign of the implementation of the MET Group’s integrated strategy to significantly expand our renewable energy portfolio in the CEE region,” said Benjamin Lakatos, CEO of MET Group. “Our goal is to develop a geographically diversified set of energy generation capacities and infrastructure assets, with important green energy assets. With regard to diversification of sources, I am convinced that our priority focus on renewable energy is the right approach and that, together with our core competence on natural gas as a transition fuel, we can support the development of the energy sector to achieve the goals of neutrality. carbon emissions.”

MET Group is an integrated European energy company, based in Switzerland, with activities in the natural gas, power and oil markets. MET is present, through its branches, in 14 countries, on 26 natural gas markets and in 22 international trading centers. In 2019, MET Group’s consolidated sales were EUR 11.7 billion, and the volume of gas traded was 50 billion cubic meters, which represents 10% of Europe’s natural gas consumption. MET is 80% owned by its employees and 20% by Keppel Corporation.

In Romania, the MET Group is represented by the subsidiary MET Romania Energy, one of the most important suppliers in the competitive market, which covers the segment of electricity, natural gas and energy services. The company delivers about 7,000,000 MWh per year of electricity and natural gas to approximately 2,500 customers, in over 5,000 consumption places. With a young but experienced team, MET Romania Energy has become one of the most important domestic companies that have assumed the responsibility of balancing the electricity market.