Many renewable energy projects are unrealistic and many will be delayed 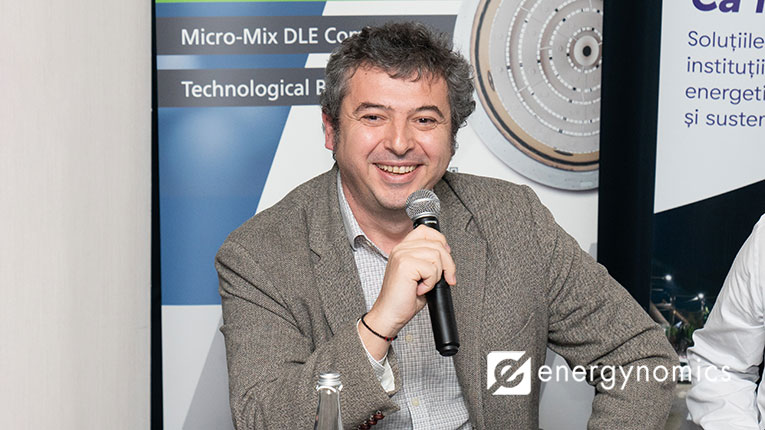 The rush to attract financing in new installations for the production of energy from renewable sources has led to the approval of some “aberrations”, many projects being unrealistic because they have little chance of being realized or connected to the grid, due to the low appetite of distribution operators to strengthen power lines. The consequence of this accumulation of factors will be the postponement of some projects.

“We have seen many aberrations in the market, but it is vital to present the real situation to the client. A lot of unrealistic projects have been done from the financial perspective of the client and there are projects proposed in certain areas where there is no possibility of energy evacuation in the time horizon in which they will be implemented. I understand the state’s intention to attract as many funds as possible, but for me it is very important to present good projects. If we don’t inform the customers correctly, we will wake up again that we don’t absorb all the funds”, said Radu Tărău, Executive Director of EnergoBit Control Systems.

He added that informing clients correctly about the chances of success of the projects is vital. Also, customers who wish to have their own renewable energy generation units must be informed that they also have a considerable own contribution to projects co-financed by EU funds. “For example, I don’t think the funding will exceed 30% of NRRP”, added Tărău.

Due to the extremely large number of projects, it has become problematic to obtain technical approvals for connection to the network. In the absence of this opinion, producers cannot deliver their produced energy to the networks. On the other hand, in order to be able to absorb an increasing amount of energy, the medium and low voltage networks must be strengthened or expanded, but, according to Tărău, this is not happening.

“Many projects are proposed throughout the country. Getting a good connection in Teleorman or Giurgiu is no longer the case. We are still being bombarded by investment funds and investors and they all want projects – the bigger the better. All these projects lead to grid congestion and this will require investment by the carrier and distributors. The problem is not with Transelectrica, because I believe that they will make the necessary investments from their perspective. The problem is on the distribution side, where I don’t see the same appetite for strengthening the networks”, said Tărău, during the conference “Digitalization and Energy Efficiency – Cluj-Napoca”, organized by Energynomics.

For these reasons, energy parks with capacities of 20 to 70 MW will have difficulties in connecting to the networks, and investors will have a choice between postponing their construction or accepting the option proposed by ANRE. “But it is very difficult to make a business plan when you modify an order 13 times in two years. These investments will not be made overnight, so many capabilities will be delayed or tied to network investments,” he added.

Energy storage can be a solution to relieve this situation, but Romania does not have specific legislation in this field. Another option is the creation of local energy communities or microgrids, which would have the double advantage of reducing pressure on distribution operators and creating a higher degree of security of supply. “The idea is to bring production as close as possible to the consumer. There is technology for that. But we also need legislation”, said Tărău.

The EnergoBit company is currently working on a cumulative 11 GW of projects targeting photovoltaic, wind and cogeneration power generation. Of the total, 4 GW projects have already obtained technical approvals for connection, and in the case of most of them no additional investments will be needed to strengthen the network. Other projects, of 2 GW, are in the final approval stage, and projects of another 2.5 GW are in other stages of realization. At the same time, EnergoBit is also involved in projects of 3.5 GW in gas plants, which have a “high probability of being done”. The company has doubled both its number of experts and its turnover in recent years and is still actively involved in attracting students to the sector.

previousEmerson: Many energy losses occur as a result of improper use of equipment
nextThe next wave in the green energy sector will involve facilities for storage