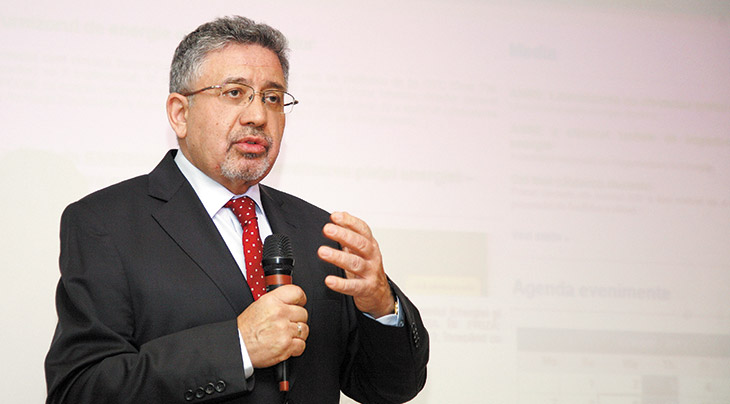 Lack of bilateral contracts in electricity markets creates disparities, that could be removed once the state major energy companies would implement strict corporate governance rules, says Ion Lungu, head of the Association of Electricity Suppliers in Romania (AFEER).

However , the government promises to introduce such rules this year. Thus, it may be possible to see bilateral contracts in the electric energy market again, starting this summer.

“Bilateral contracts were blocked due to authorities` fear of repetition of the phenomenon “Hidroelectrica and the smart guys” … but it has been seen that another arrangement of such cannot happen again,” said Lungu at the Govnet.ro conference “Biomass , biogas and cogeneration in 2014”.

Lungu gave the example of a large contract that would have been suspected to be dealt with between one of the producers and a buyer, however, the contract was signed with a third party.

“Solutions: adopting rules of corporate governance in all state-owned companies would solve the problem,” said Lungu.

AFEER campaigns also for the reintroduction of bilateral contracts to help new entrants, which cannot guarantee contracts for banking loans as they cannot sign any, according to current regulations, before obtaining the authorization. Lending has to suffer for those companies, as they lack enough collateral.

The authorities intend to introduce a standard performance contract for private management of state companies that will be soon approved in a Government meeting session and which will no further allow abuses in the state-owned companies, said the Minister for Budget, Liviu Voinea, quoted by Agerpres. He added that by the end of June, an overall analysis will be completed on “what private management in Romania meant”.

Regarding salaries of private managers of state companies, the official explained that there was no rule until last year, when their value was limited to a maximum of six sector average wages for the fixed salary, while a variable part was only set for the “so-called bonuses for completing objectives”.

“In terms of salaries of state companies, until last year there was no rule. Last year, we have introduced this rule: maximum six sector average salaries for the director of a state company as fixed allowance. What remained were so-called variable bonuses based on goals. Now, however , we will follow the introduction of a standard of performance that is approved by the Government, which does not allow abuses to the companies, will be subject to certain performance criteria, to be agreed upon not onlz bz the GSM representative from a particular ministry sent there, but also publicly debated and approved by the Government, “ said Voinea for Realitatea TV.

previousNagy (ANRE): Biomass has great potential, although only 70 MW are functional for now
nextFormer management of Oltchim to be sued for mismanagement