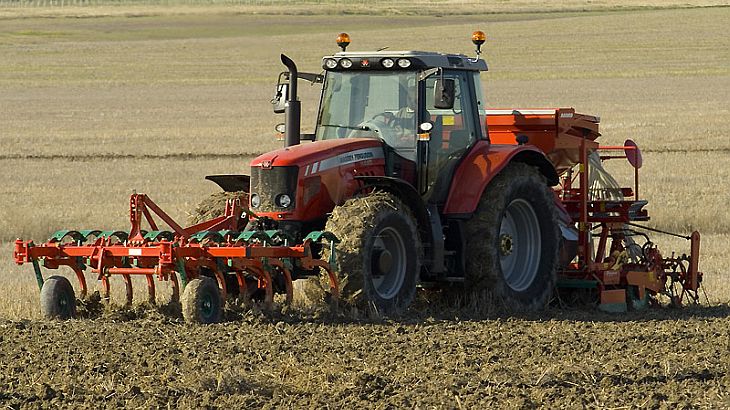 Starting April 1, the cost of farming is likely to bankrupt many farmers, after the additional 7 eurocents excise per liter of fuel will be applied to the price of diesel, says the Liberal MP Costel Șoptică. According to the MP, the situation is critical, especially since the Government does not give any sign that would delay the implementation of this new tax.

“The decision to increase fuel duty by 7 eurocents per liter for diesel would reduce support for agriculture with 0,33 RON, which would reduce the subsidy by nearly 24%, taking it back to the beginning  (2010), when it was allocate 1 RON per liter of diesel”, the MP says in a political statement.

From a financial standpoint, Romanian farmers clearly have disadvantages, believes the liberal lawmaker, making the point that local farmers have “some of the smallest EU subsidies, and bank loans have interest rates several times higher than those for farmers in Western Europe. It was a fierce battle that at least diesel used in agriculture to benefit from the same tax treatment as the one used in other EU countries.”

In 2010, the authorities have accepted the duty on diesel used for agriculture to be decreased, as provided for in Directive 2003/96/EC about restructuring the Community framework for the taxation of energy products and electricity. Romanian farmers have always complained about the competitive advantage that farmers in other Member States have, because they have such a tax advantage, with huge impact on production costs.

Thus, since 2010, the excise duty on diesel for agriculture fell to 21 euros/1000 liters. “The difference between the standard rate of duty applicable under the Tax Code and the reduced excise tax rate constitutes State aid in the form of reimbursement, whose value is determined in RON, based on the exchange rate Euro-RON used annually in calculating excises, according to the law”, says Costel Șoptică.

In the fall of 2013, the liberal MP recalls that a law was passed which sets the budget funds that were to support the subsidy on diesel for agriculture and the conditions under which farmers can benefit from such support. Government Decision of 9 October 2013 refers to subsidize the excise duty of diesel used for agriculture used in the latter part of 2013 and first three quarters of 2014. Reduced tax rate applies to diesel used to perform mechanical work in agriculture in the vegetable, livestock and land improvements sectors.

“Ponta Government which the National Liberal Party was also part has set the highest values ​​of support for subsidizing agricultural diesel, the subsidy amounting to 1,399 RON/liter, and the amount entering in the subsidy program reaching 410 million liters for the period targeted”, Costel Șoptică claims.

previousRussia pivots towards China to sell more of its oil and gas
nextUkraine could buy gas from Europe, much cheaper than from Russia