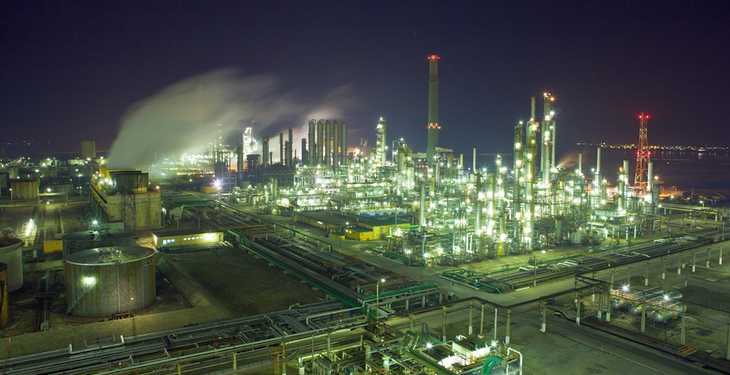 KMG International increased in the first nine months of this year the refining and fuel distribution activities in the Black Sea region, which are supported by the benefits of the optimization and efficiency increase program initiated in 2013 – “Business Transformation”.

All these contributed to the Group reaching an operational result (EBITDA) of USD 145 million, over 6% as compared to the level reached in the January-September 2015 period, on the background of of the gross turnover of approximately USD 5 billion, according to a release.

“At the basis of the operational and financial performances obtained in the first 9 months of the year are the strategic directions developed and adopted by KMG International in the 2013 – 2014 period, together with its sole shareholder–KazMunayGas. They targeted the consolidation of profile activities, the development of Rompetrol presence in the Black Sea region, the increase of the synergies with the parent company, the improvement and increase of the efficiency of processes and operations, as well as the attraction and involvement of employees in reaching these results. Thus, we succeeded in continuing our positive evolution, in line with the objectives proposed in 2015, when we exceeded the historical records of more than 18 years since the Group’s establishment” said Zhanat Tussupbekov, general manager of the KMG International Group.

Thus, the refining activities performed by the Petromidia Navodari and Vega Ploiesti refineries, but also by the petrochemistry division, amounted to 4.14 million tons of raw material in the January-September period of the year, 5% less as compared to the level reached in the similar period of 2015. The difference was mainly determined by the stoppage of the production activities of the Petromidia refinery in August for the execution of certain investment and maintenance works, but [also] for the remedy of the area affected by the August 22 fire. As feedstock processed per day efficiency, Petromidia refinery managed to improve its daily run-rate by +3% up to 15.51 ktons/day vs. 15.08 ktons/day in same interval of 2015.

The Group’s refining division registered in the first 9 months of the 2016 year a 44% increase of the operational result (EBITDA), up to a level of USD 74.1 million, in the context of a 4% increase of the sales on the internal market and of the decrease of export deliveries – effect of the diminishment of the demand from the profile market.

In the first 9 months of 2016, through the refining and petrochemistry divisions, the Group exported a total quantity of products of 1.7 million tones, mainly to the partners in the Black Sea region. KMG International is the majority shareholder of Rompetrol Rafinare with a share of 54.63% (direct and indirect), alongside the Romanian state through the Ministry of Energy which holds a share of 44.69%.

The volume of the oil products internally sold by the Group amounted to 1.95 million tones (+11%), of which more than 53% was represented by the fuels distributed by Rompetrol Downstream through Rompetrol stations (+2%), but also on a wholesale basis to partners (+12%). At the end of September, the company internally operated a network of 729 fuel sale points, 6 warehouses, 230 car LPG supply stations and 9,000 cylinder distribution points.

The operational result (EBITDA) of the retail operations in Romania was USD 40.2 million at the level of Downstream Romania entity, +20% higher. Among the measures which supported the reaching of this performance, there are the continuation of the program to transfer Rompetrol stations to dealers’ administration, the finalization of the gas station rebranding program, the finalization in August of the implementation of the new system to automate profile activities from the 6 warehouses in Romania (Mogoşoaia, Arad, Craiova, Zărneşti, Vatra Dornei, Şimleul Silvaniei).

At a regional level, the Group reached a level of oil product trading deliveries of approximately 1,395 million tones to its subsidiaries and to the traditional partners. The total fuel sales registered by the Bulgaria, Moldova and Georgia subsidiaries were in the first nine months of the year of 673,000 tones, +14% as compared to the level related to the similar period in 2015.

The operational result (EBITDA) of the business unit trading operations performed by the Group in the January –September period amounted to USD 22.4 million, 25% higher, on the background of the improvement of the profitability related to the sales of raw materials to third parties.

The results obtained by the Group in the first 9 months of the year were also supplemented by the benefits of the program for the transformation of its operations and activities, initiated in 2013. Thus, in the same period, the direct impact of the performed projects amounted to USD 19.7 million, such projects aiming at increasing the efficiency of the Petromidia refinery, improving the volumes of oil products sold in Romania and in the Black Sea region, but also implementing the corporate service center at the level of the KMG International Group.