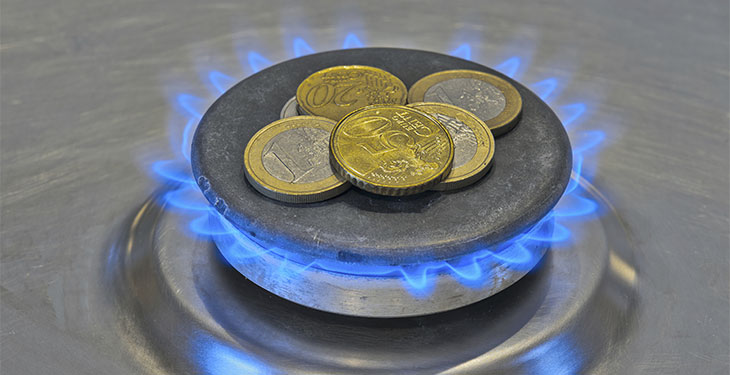 EU member states have differing views on capping the price of natural gas in an attempt to curb soaring inflation, and heads of state and government are due to debate the idea at their summit on Friday.

Kadri Simson said on Tuesday that the Commission’s next move will be guided by the outcome of Friday’s meeting, but added that the Community Executive is looking at several options to keep under control the price of natural gas, which has exploded as a result of reduced supplies from Russia, according to Agerpres.

“A possible option would be to look at a flexible price cap in relation to the TTF, in a way that would continue to ensure the supply of gas, especially liquefied gas, to Europe,” Kadri Simson told members of the European Parliament, referring to the gas price recorded at the Title Transfer Facility hub in the Netherlands. Such a measure would be temporary, while the EU works on an alternative reference price to the TTF, added the European commissioner.

Another option could be to launch an EU “framework” for a price cap on natural gas used in electricity production, along with measures to ensure that gas demand does not increase as a result of the measure, Kadri Simson said.

France, Italy, Poland and 12 other EU member states urged the Commission to propose a broad price ceiling covering all wholesale gas transactions. But Germany, Europe’s biggest gas buyer, and the Netherlands are among the states that oppose such a measure. For its part, Brussels warned that such a measure would represent a risk to Europe’s energy security and disrupt gas supplies between EU countries.

Russia has cut gas supplies to Europe after its invasion of Ukraine. Meanwhile the EU has passed emergency laws to fill its gas reserves as well as taxing the excessive profits of energy companies to help consumers cope with increased bills. But with the gas price still at a record level, many EU states say that these measures do not go far enough.

According to a working version of the conclusions to be adopted at the summit on Friday, consulted by Reuters, European leaders will ask the Commission to propose “functional solutions” to reduce the price of natural gas through a cap.