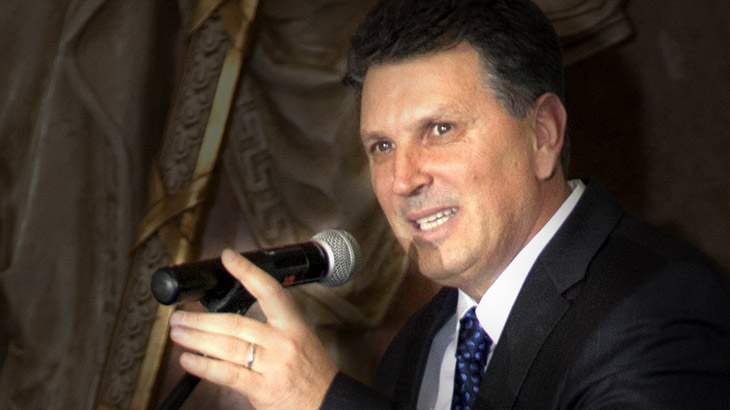 The year 2013 brought three main clarifications for the energetic industry, states Iulian Iancu, the president of the Romanian National Committee of the World Energy Council (CNR-CME). During the opening of the National Assembly of the CNR-CME members, Iulian Iancu stated that the first lesson refers to the evolution of prices, even under the circumstances that the prices from the producer flattened out or rose marginally leading the consumer to pay prices on the increase. The expectations for the drop of the prices are unreal, and the efforts made in this direction have high chances to go to waste.

Secondly, the peak oil doctrine suffered a categorical blow, following the spectacular evolutions from the United States of America, that recorded an unexpected advance in the production of hydrocarbons. The shale gas revolution shows signs to continue and the fears connected with a sudden and inevitable decline of the hydrocarbon reserves, reduced quite a lot.

In brief, the large majority of the players involved in the energetic industry (in industry in general), and in strategic planning, accept the fact that the CO2 emissions account for the main factor of influence on the climatic conditions at the global level. According to Iulian Iancu, this observation, in line with the unsatisfactory balance sheet of the European strategies 20-20-20, required for a drastic change in perspective.

More exactly, instead of three targets assumed simultaneously – with an estimated cost of EUR 4.000 billion – the EU will focus in the near future on meeting only one major objective: the CO2 emissions’ reduction by 40% by 2030. A new target to be reached through two types of means: 1. the increase of renewables’ share in production and 2. the consolidation of energy efficiency.

The national policies will have this time the freedom to protect better the economic competitiveness. One of the indicators alleged by Iulian Iancu is the industry share in the European GDP, that dropped to about 15%, compared to 20%, a level considered optimal. The most affected by the rise of the prices of energy are top industries in Europe – such as glass or plastic – that migrate to the United States in order to benefit from low costs at the raw material.

The key directions invoked at the European level are:
1. The “Brilliant Machines”: high-efficiency technologies and equipments
2. The descentralization of the energy production
3. The rise of investments in infrastructure , in order to allow an easy way to the production capacities, a larger liquidity of  the energy markets and the drop of the prices.

One of the priorities for Romania is the achievement in the following months of the National Plan for Energy Efficiency, in its default Romania risks the start of an infringement procedure. The major difficulty comes from the fact that the authorities haven’t achieved yet the National Energy Strategy. The reason stated by the president of the Romanian National Committee of the World Energy Council, a PSD deputy at the same time and the president of the Commission for Industries and Services from the Chamber of Deputies, is the lack of qualified staff at the level of the public institutions. The lack of investments and the chronic underfinancing including at the level of salaries, determines the Department for Energy within the Ministry of Economy not to be able to prepare this document. The solution proposed by Iulian Iancu is the acceptance of a partnership with the European Bank for Reconstruction and Development (EBRD), through which to be financed many institutions capable to prepare the Strategy.

Iulian Iancu referred to few other initiatives of the most interesting.

THE REPARTITION OF COSTS. A new draft legislative act will be discussed during the following days that should regulate the repartition of costs for electricity, respectively thermal energy for the co-generation sector.

TWO NEW AUTHORITIES IN ENERGY SECTOR. According to Iulian Iancu, two new regulatory authorities are needed after the model of the National Regulatory Authority in Energy Sector (ANRE). The first- the National Authority for Energy Efficiency – would take over a part of the tasks of ANRE, while the second – the National Authority for Mineral Resources – would double (or would replace) the current National Agency for Mineral Resources (ANRM). As a matter of fact, Iulian Iancu criticized the ANRM performance, calling for the “deprofessionalization” and the lack of explanations for the lack of performance that it has been accused of. 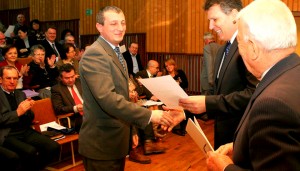 The National Assembly of CNR-CME members granted the title of honorary member for 12 personalities that stood out through their professional activity, in the country as well as abroad. Among them, Carmencita Constantin (ISPE), Drgoș Gabor (AFEN),Daniela Scripcariu (Tractebel Engineering), Rodin Traicu (deputy), Vlad Ulmanu (honorary chancellor of UPG Ploiești).

The CNR-CME Medal was also granted to 35 personalities that stood out through their support granted to the increase of the prestige of the Romanian National Committee of the World Energy Council. The editor-in-chief of energynomics.ro, Gabriel Avãcãriţei, received the distinction that confirms the privileged partnership relationship that Wing Media Energy Consulting built with CNR-CME, one of the most reputable and dynamic organizations from the energetic industry in Romania.