Acasă » Thermo » Mining » Is there any future for coal?

Is there any future for coal? 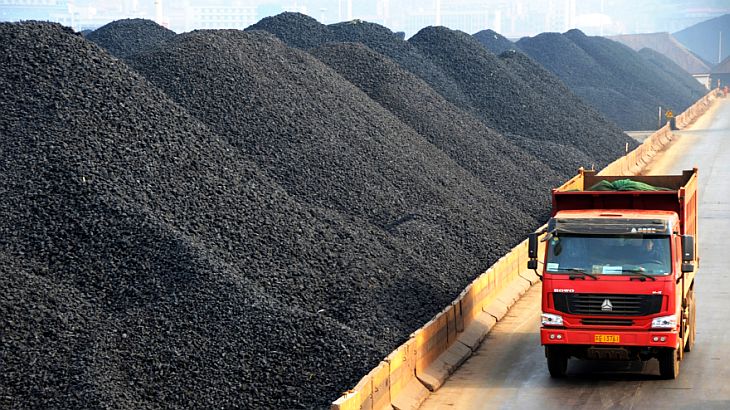 Climate campaigners reserve a special scorn for coal-fired power generation. Coal has replaced nuclear as the form of energy that environmentalists most love to hate, writes a Reuters analysis.

“The world needs to turn its back on the fossil fuels of the past, like coal, which have helped to create today’s climate and instead look to the clean, renewable energy sources of the future,” the UK charity Christian Aid said on Monday, quoted by Reuters.

“If we are to avoid dangerous climate change we must leave most of the remaining coal reserves in the ground,” the charity warned.

Christian Aid branded the decision to host a meeting of coal producers in Poland at the same time as the UN climate summit in Warsaw “perverse”.

THE WAR ON COAL

Governments have been less dogmatic. But at least in the advanced economies, policymakers see little positive role for coal-fired power generation in future if the world is to meet a target of limiting global warming to no more than 2 degrees by 2050.

Since even the cleanest and most advanced coal plants emit 1,700 pounds per MWh, the regulations effectively ban new coal-fired plants unless they are fitted with expensive carbon capture and storage (CCS) systems.

On October 29, the U.S. Treasury updated its guidance for the World Bank and other multilateral development banks insisting they should no longer help finance new coal plants overseas except in very limited circumstances.

And on November 14, the federally chartered Tennessee Valley Authority, one of the largest coal-fired generators in the United States, announced it will retire eight coal-burning units capable of generating more than 3 gigawatts (GW) because it was too costly to upgrade them to meet environmental requirements.

Coal supporters, such as West Virginia Senator Joe Manchin, have accused the Obama administration of waging a “war on coal”. The president’s commitment to an “all of the above” energy strategy has little or no role for coal, they claim.

By contrast, coal consumption is expected to continue to grow rapidly in emerging markets. China alone will commission about 600 GW of new coal-fired generating units by 2030, according to the International Energy Agency (IEA).

“Coal provided nearly half of the increase in global primary energy over the decade to 2012,” the IEA wrote in its 2013 World Energy Outlook.

“But its use has serious drawbacks, especially if inefficient: coal is a major source of local air pollution and as the most carbon-intensive fuel, it is the main contributor to rising energy-related carbon dioxide emissions.”

The IEA conducts little research on coal, other than CCS. It appears to advocate phasing out coal as much as possible in favour of cleaner-burning natural gas.

Coal’s problem is its chemistry. Natural gas is mostly methane (CH4), which contains four hydrogen atoms for every carbon one. When hydrogen is oxidised during combustion, it produces harmless water vapour. Only the carbon atoms turn into greenhouse-inducing carbon dioxide.

“By several criteria, natural gas is the premium fuel,” Harold Schobert, emeritus professor of fuel science at Pennsylvania State University, wrote in a recently published book on the “Chemistry of Fossil Fuels and Biofuels” (2013).

“On an equal mass basis, combustion of natural gas liberates more energy than any other hydrocarbon fuel. It also produces less carbon dioxide per unit of energy. It contains no inorganic ash-forming components, so leaves no residue,” Schobert explained.

By contrast, the carbon content of coal ranges from 65 percent in the case of brown coal to as much as much as 91 percent for anthracite. Naturally, when all that carbon is combusted it produces far more carbon dioxide. Coal also contains numerous other impurities which form ash and pollutants.

By molecular structure, the ratio of hydrogen to carbon atoms in coal averages just 0.75:1 compared with 4:1 in the case of gas.

If coal is disadvantaged by its chemistry, it has other advantages which more than make up for its lower energy content and greater emissions.

For power producers, coal is often the “predominant fuel choice because it is a secure and low-cost energy source, and because coal resources are abundant and broadly distributed geographically. Coal is also relatively easy to mine, ship and store,” according to the IEA’s Coal Industry Advisory Board (“21st Century Coal” 2013).

“Coal remains the fastest growing source of fossil fuel, adding more to the absolute world energy supply in the last decade than almost all other forms of energy combined,” the IEA’s industry advisors noted.

Most of the growth has come from China, India and South-East Asia, where electricity demand is surging and domestic coal production provides a measure of energy independence, lessening their reliance on imported natural gas and oil.

The result is enormous uncertainty about the long-term outlook for the industry.

“The magnitude of future coal demand growth hinges critically on the actions that governments take to address these issues, taking into account their aspirations for energy security, affordability and improved access to modern energy,” according to the IEA.

In 2011, the world consumed around 5.5 billion tonnes of coal. By 2035, consumption could rise to as much as 7.8 billion tonnes on current policies, or 6.3 billion tonnes if governments take modest further measures to combat climate change.

However, if governments are really serious about limiting global warming to 2 degrees, coal combustion will have to fall to just 3.6 billion tonnes, according to the IEA.

“The wide divergence in outcomes for coal in the three scenarios … reflects primarily the different degrees of stringency of the policies adopted to promote energy efficiency, reduce greenhouse emissions and improve local air quality,” the IEA explained.

More than any other fossil fuel, the coal industry’s outlook remains highly uncertain, and almost entirely dependent on policy choices, which is why the fight over its future has become so bitter, Reuters concluded.