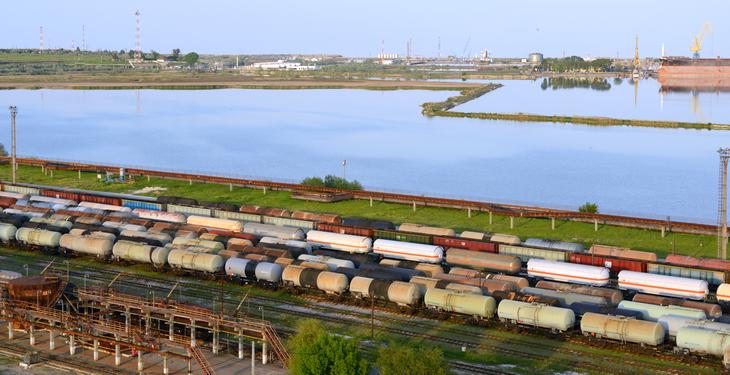 Rompetrol Rafinare, a member of the KMG International Group, together with its main partner for domestic rail transport, Romanian Rail Group, successfully implemented a real-time monitoring and control system for oil products traffic.

Shunting Expert system is to be used on the two platforms operated by Rompetrol Rafinare – the Petromidia Refinery and Vega Refinery from Ploieşti. Through the app, operators will have unlimited access to about 13,000 wagons monthly (10,000 to Petromidia, 3,000 to Vega).

The significant volume of petroleum products, transported through a significant number of railway maneuvers, requires strict control over all parameters, and the software is capable of recording and relaying in real time the position of the wagons on the lines. The application can also be seen as a basic tool that facilitates and mediates decisions made by the direct coordinator of maneuvering operations.

“A precision instrument such as Shunting Expert helps us have a very clear picture of the products we send across the country. We are making a significant forward step in the digitization of Rompetrol Rafinare’s business and we are glad that we are constantly finding solutions that will support us to achieve rising operational results every year”, says Yedil Utekov, General Manager of Rompetrol Rafinare.

The state-of-the-art system makes it possible for people with a different professional background to access the maneuver coordinator. Specifically, it allows them to see with great precision the route, load and status of each moving car.

With the help of the Shunting Expert, digitization is 100% integrated and the benefits are countless: the total control of the wagon condition, the total track control of the railway lines (implicitly also controlling the occupancy of the lines), the considerable decrease in human effort and errors that can be caused by humans, accuracy of reports, traceability of wagons, locomotives and specialized personnel or interconnection with other applications.

Nonetheless, Rompetrol Rafinare has unlimited access to wagon history, road reports, but also a complete and correct image of the trains shipped to Capu Midia or the Ploiesti Nord halt.

The Shunting Expert application is a premiere at national level and in the Southeast of Europe, and Rompetrol Rafinare is the first company to use the state-of-the-art system to track traffic on both Petromidia and at the Vega Refinery in Ploiesti.

Based on its major investments, the Petromidia refinery has continuously developed its production activities; from a quantity of raw material processed in 1979 (commissioning time) of 1.26 million tons, the volume has increased to 3.82 million tons in 2007 (the time of acquisition by KazMunayGas), and 5.66 million in 2017 and 5.92 million tons, last year.

previousTransgaz has signed the Memorandum of Understanding to take over the gas to be produced by Black Sea Oil & Gas
nextOMV Petrom: Nothing has changed in the decision about the Black Sea exploitation – we have not taken any new decision