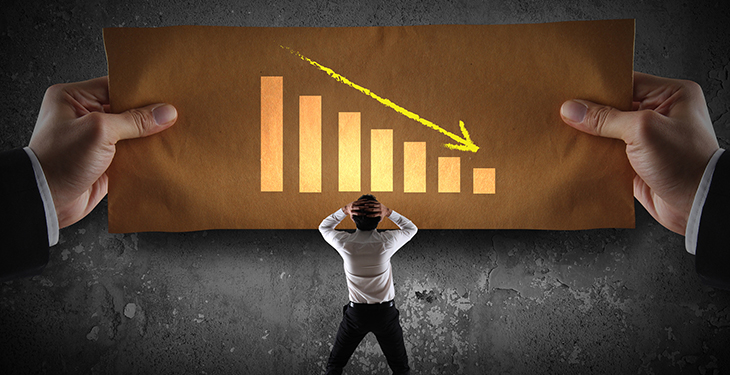 European markets have closed at the lowest level in the past eight months, after a significant decline in oil prices deepened fears that a global recession could follow after the coronavirus epidemic (Covid-19), Reuters reports.

The sub-index for crude oil and natural gas recorded the most significant decrease, of almost 17%, as, on Monday, the oil price had the most significant decline recorded in a single day after January 17, 1991 (when the first war began in Gulf). This stems from Saudi Arabia’s decision to lower its official selling price of oil and to announce its intention to significantly increase production next month, which triggered a price war exactly at a time when the epidemic is affecting global demand for oil.

European firms lost nearly $3 billion in market capitalization in February, when the rapid spread of the epidemic led to massive stock market sales. “The oil shock intensifies fears about the effect of the epidemic on the global economy,” said Andrea Cicione, an analyst at TS Lombard in London.

The Norwegian stock market, exposed to crude oil, has fallen by 9.4%, the most significant in the last 30 years, while the main index of the FTSE-100 on the London Stock Exchange has decreased by 7.7%, according to Agerpres.

The shares of oil producers BP and Royal Dutch Shell have lost almost 20% of the value, and the Norwegian company Panoro Energy – 39%.

The Italian stock market registered a 11.2% decline, after the Government of Rome imposed travel restrictions in the north of the country, to limit the spread of the epidemic.