Acasă » Oil&Gas » EU Commissioner for Economy: If Russia cuts off gas supplies, we are ready to face the decision

EU Commissioner for Economy: If Russia cuts off gas supplies, we are ready to face the decision 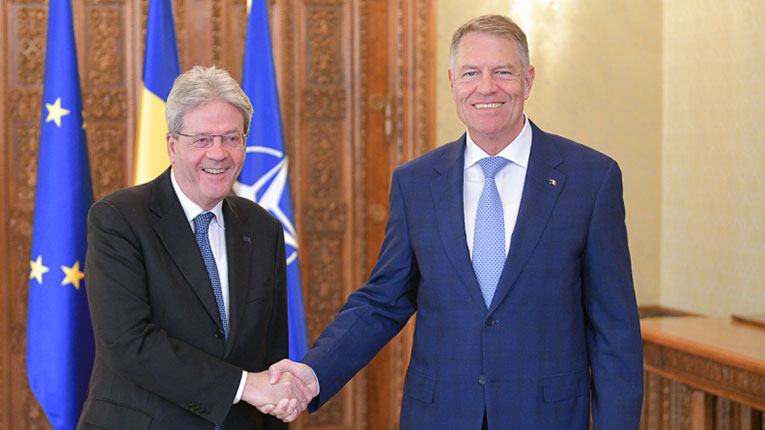 The payment of Russian gas in rubles means a breach of existing contracts, and if Russia decides to suspend deliveries, the European Union is ready to deal with the decision, European Commissioner for Economic Affairs Paolo Gentiloni, present in Bucharest, said on Tuesday at a conference organized by The Economist.

Asked if the EU is ready to pay for gas in rubles, as demanded by Russia, if Russia is expected to cut off gas supplies and if Europe is prepared for it, the European official replied that he did not know what to expect from Russia, but as for the payment in rubles, it would mean a breach of the contracts in force.

“Secondly, are we ready to take a stand on the dependence on Russia? Of course we are ready. We have decided to do that, and the war has been a wake-up call, but we cannot do anything quickly without sacrifices…. We do not put energy sanctions on the table, but if there are decisions (from Russia to cut off deliveries – e.n.), we are ready to face them and we can do it with great effort and we will continue by any means in order to reduce energy dependence coming from Russia,” the European official said, according to Agerpres.

Russia has warned that it will not supply gas to European countries if they refuse to pay for gas supplies in rubles, as demanded by Moscow, EFE and TASS report.

“Obviously, we will not supply gas for free. That can certainly be said,” Kremlin spokesman Dmitry Peskov told a daily news conference on Monday.

Russian President Vladimir Putin announced last week that Russia would not accept payments for gas in foreign currency, including dollars and euro, and would charge only rubles for oil deliveries to ‘unfriendly’ countries, including all EU member states, USA and Great Britain.

Moscow’s decision has raised concerns in the West, where several countries have said they are unwilling to buy gas and oil if payment is to be made in Russian rubles.

previousMihai Dârzan, Ringhel: In Romania, over 90% of SMEs face problems related to software architectures
nextA new gas pipeline between Turkey and Israel – the possibility of reducing dependence on Russia