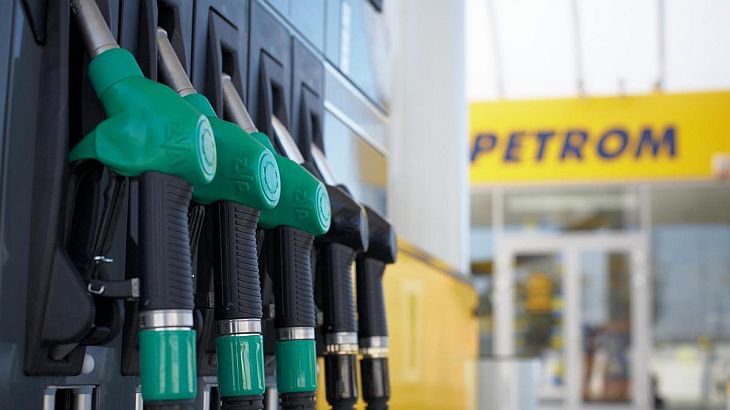 A new report issued by Erste Research estimates that Petrom share price will benefit from the increase in royalties, which will rise from 7.5% to 22.5% at the end of 2014. This tripling of fees will hurt, yet, Petrom share price. At the same time, Erste analysts estimated that the government will use the buffer year agreed with the IMF to delay until the end of 2015 the calendar of liberalization of gas prices for industrial consumers .
In addition , it is possible for Romania to introduce a completely new charging or to simplify the current  one: there is evidence of separating tax rates for oil and gas by resources – mainland (onshore) and at sea (offshore) . Petrom’s main shareholders will likely play “long ” on the Petrom share , which is in danger of overhanging – being kept pending aside until an overbidding market . Petrom is expected to reach a maximum at the end of 2014 in the EBITDA (earnings before interest, tax, depreciation and amortization ) of  8,808 million lei after 8,270 million in 2012 and an estimated 8,697 million in 2013.
Erste also estimated a rate of return on investment PER (price to earnings ratio, net profit per share ) of 5.5 , 5.7 and 7.7 for the years 2013, 2014 and 2015, compared to an European average of 11.1 respectively 9.7 and 9.1 and after an own figure of 6.6 achieved last year. Erste also provides a rate increase in share without risk of 5.3% for each of the next six years. For 2014, sales are estimated to increase by 4.6%, for 2015 by 3.6% and in 2016, by 8.2%, after which will follow a less rapid trend of 3.1% in 2017, zero ( 0% ) in 2018 and 2.6% in 2019.
Finally, the main shareholders are expected to sell in the short and medium term at least in part their packages .

Shares must be held

Romanian natural gas prices to get boost from IMF agreement. Romania agreed with the IMF to increase domestic natural gas wholesale prices to reach import price parity by end-2014 and end-2018, in the cases of non-households and household customers, respectively. Petrom, with approx. 92 kboe/d, is positively affected by the higher prices.

Earnings could rise, on back of higher gas prices, but 2015 could be hit by taxes. In our model, we assume rising earnings, but this trend is likely to be dented in 2015, when a new royalty hits earnings. We have not incorporated any offshore related CAPEX.

OMV Petrom, with approx. 92 kboe/d production, is positively affected by the higher natural gas prices. Romania agreed with the IMF in exchange for stable financing to liberalize its gas market gradually and raise prices to the level of import parity by end-2014 and end-2018 for non-household and household customers, respectively. The two groups represent approx. 60/40% of the total 13.5Bcm Romanian consumption, respectively. The IMF also agreed to accept a one-year delay in the process, which is likely to be used in the case of a non-household tariff increase, in our view, so the target is end-2015.

Hydrocarbon taxation may affect company from 2015

OMV and the Romanian government signed a 10-year agreement in 2004 on the taxation of the oil & gas industry. This agreement, which fixed the royalty between 3.5% and 13%, depending on the yield of each well, will expire by the end of 2014. There are talks in the background about the new taxation system, which definitely would involve higher taxes (the crude oil price was around 20 USD/bbl during 2004). In our estimates, we expect a tripling of the royalty, which means that, for Petrom, the current average hydrocarbon royalty rate of 7.5% would triple to 22.5% from end-2014. We use the same rate for both oil & gas production. It is possible that Romania will establish a completely new system or simplify the current complex one. There are rumors about separate rates for oil & gas and onshore and offshore resources. On the heels of the new royalty, the recently introduced windfall tax would expire by end-2014.

Importantly, the latest Black Sea discovery (the Neptune field) together with US partner ExxonMobil, which contains some 42-84Bcm of natural gas, according to OMV’s initial estimates, could help the company seal a better deal with the Romanian government. This is a deep offshore resource with a large investment cost, which would provide a good return only in the case of appropriate domestic gas prices (selling in the form of LNG is not a real option) and low, long-term royalty rates. We expect OMV Petrom to broker a deal during 2014 with the government. OMV Petrom is also trying to keep onshore royalties minimized, as Petrom would use the funds earned on the traditional fields to invest in the offshore venture.

The new tax would dent Petrom’s profitability in 2015. We believe that this is not priced in yet, as the consensus estimate predicts more or less unchanged earnings for 2014-15. In our estimate, EBITDA would fall from RON 9.0bn to RON 7.9bn by 2015, with flat volume and prices, so the downside comes almost solely from the change of royalty.

Large shareholders may be sellers of Petrom

Looking the ownership structure of Petrom, we expect the two key owners, Fondul Proprietatea and the Romanian government, to be sellers of the shares in the future. Fondul, which held 18.99% of the shares as of June 30, 2013, is interested in selling the shares in order to pay out dividends to the holders of the fund, while the government (20.6% stake) may consider an SPO of the shares. Fondul sold 623mn shares (1.1%) during May, while, according to market rumors, an additional 0.8% was sold in November. EBRD announced on November 14 that it divested its 1.6% stake in the company. We believe there will be no shares available for financial investors in the future, which increases the risk of a share overhang. On the other side, the approx. 9.4% free float (approx. USD 730mn) is still low enough for most financial investors, so a higher free float may attract larger investors like global emerging funds or Western regional emerging funds.

In our forecast, we expect Petrom’s E&P to remain the key earnings driver for the future. Our production estimate is flat for the next three years at 182 kboe/d. It is likely that Petrom’s production volume will be sustainable for this period. We expect Petrom’s mature field to start seeing declining volume by 2020. The division’s earnings are boosted by higher natural gas prices, while we use a 100 USD/bbl crude oil price forecast in our models. The royalty tax increase will hit earnings from 2015F. In the R&M division, we expect the Petrobrazi upgrade (finished in 2014) and better economic activity to have a positive impact on earnings. Romania experienced a rebound in GDP growth recently (+4.1% y/y in 3Q13), which supports our optimism. G&P suffers from low gas sale margins as well as the low profitability of the Brazi power plant. With the recovering economic activity, this is likely to improve, based on our model.