Acasă » Electricity » Nuclear » EPC contract worth of almost 67 million euros for Măgurele laser, the largest in the world

EPC contract worth of almost 67 million euros for Măgurele laser, the largest in the world 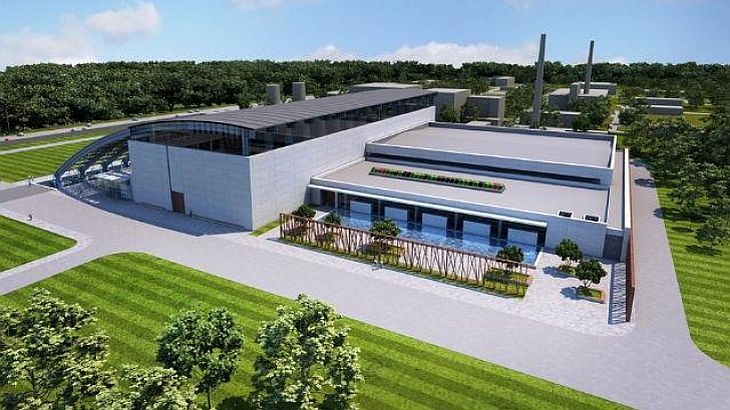 A consortium led by the “Istituto Nazionale di Fisica Nuclear” (INFN) from Italy won a contract for 66.8 million euros for the development of research infrastructure Măgurele laser, part of the European project Extreme Light Infrastructure (ELI).

The contract for engineering, procurement and construction (EPC) won by the consortium led by the Italian institute is for the designe, manufacture, delivery, installation, testing, commissioning and maintenance during commissioning of the system range high intensity beam at the Institute for Engineering and Nuclear  Physics “Horia Hulubei” (IFIN-HH).

Center Extreme Light Infrastructure – Nuclear Physics (ELI-NP) in Măgurele is part of a pan-European network for research and applications in lasers which is also built in Hungary and the Czech Republic. Investing in pan-European pillar exceeds 850 million euros, and is the first time when a European research project is financed by European funds.

The laser in Romania will cost about 300 million euros and targets nuclear progress as well as medical applications and processing of spent fuel. ELI-NP will be a European and international center for research at the highest level in the field of ultra high power lasers, laser-matter interaction and secondary sources of radiation. Due to its unique properties, this multidisciplinary infrastructure will offer new opportunities for studying the extraordinary fundamental processes occurring in the light-matter interaction.

previousDelegate Minister for Energy, named Chairman of the Board for ACER
nextPrivatization Calendar: Hidroelectrica – uncertain term, Electrica in June and Oltenia in autumn