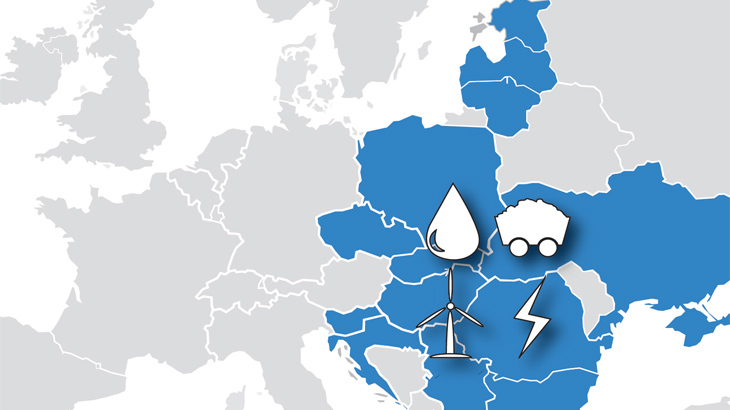 Ranked by both turnover and number of companies, the oil and gas sector leads the sector ranking. nevertheless, the 65 oil- and gas giants in CEE had a difficult year in 2012. Turnover increased by 6%, but the overall net profit shrank from over 5 billion EUR to 3.3 billion EUR (-34.6%). The number of employees in the sector also declined by -4.7%. Oil and gas companies occupy only seventh place when ranked by staff number.

However, two out of three of the biggest businesses in CEE come from O&G. PKN Orlen defends its pole position for the fifth time in a row thanks to a 12.3% increase in turnover (29,485 million EUR in total). There are no differences in second place either: Hungarian mOL, an oil and gas company, holds this position with an increase of 3.4% (18,776 million EUR).

Over 76 billion EUR (+12%) in turnover generated by 51 companies places energy supply second in the sectoral ranking. Although the average turnover growth rate is quite promising (+11%), in some countries the top players faced a more difficult
economic environment. Energy demand was reduced due the recession. Net profit decreased by 32%, but the return on revenue is still above average (4.9%). The energy supply sector remain one of the biggest employers.
The biggest increases of businesses reported the companies from automotive, food industry and retail. Losses were also reported in several industries, especially construction, electronics, metal industry, mining and telecom. 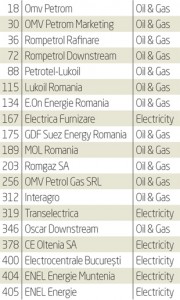 Poland and Hungary Dominate the Region

The Biggest Companies in CEE Grew Their Businesses by 5%

The flagships in CEE increased their turnover by 5% in 2012, to 628 billion EUR. The more difficult economic environment is reflected in the development of net profit; a decrease by almost 32%, to 20 billion EUR. Despite this, the CEE Top 500 companies remain an important driving force in terms of employment. They employ 4% of the total workforce in the region. Employment trends vary between countries and sectors.

“Even for the emerging part of europe, 2012 and 2013 have been difficult years. but the analysis of the Top 500 companies illustrates that even in troubled economic times, potential for growth is there. The CEE flagships increased their turnover by 5% and demonstrated their importance not only within the region, but also for europe and their main trading countries abroad”, Katarzyna Kompowska, Executive manager Coface Central Europe, said in the report.

Coface is a trade risk expert and a worldwide leader in credit insurance.

previousAnti-fracking exploration protest in Bârlad
nextGDF Suez Energy, half a billion euro turnover in the first semester of 2013