Acasă » General Interest » EIB: About 88% of Romanians feel that climate change has an impact on their everyday lives

EIB: About 88% of Romanians feel that climate change has an impact on their everyday lives 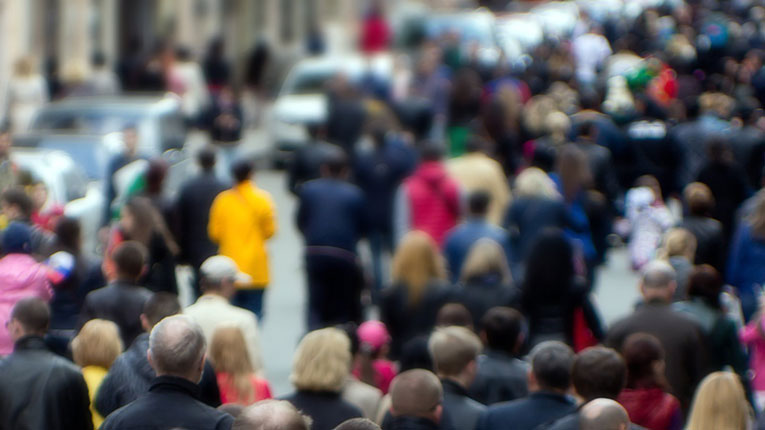 The first part of the 2021-2022 EIB Climate Survey explores people’s views on climate change in a rapidly changing world. The results from this release focus on citizens’ perceptions of climate change and the actions they expect their country to take to combat it.

Thus, about 84% of Romanians think that climate change and its consequences are the biggest challenge for humanity in the 21st century, 85% believe that they are more concerned about the climate emergency than their government and 88% feel that climate change has an impact on their everyday lives (11 points above the European average of 77%). About 64% think the country will fail in drastically reducing its carbon emissions by 2050, as pledged in the Paris Agreement, 63% are in favour of stricter government measures that impose changes on people’s behaviour, 76% would welcome a tax on products and services that contribute most to global warming and 90% say they want to replace short-distance flights by fast, low-polluting trains in collaboration with neighbouring countries.

These are some of the results from the first release of the 2021-2022 Climate Survey published on October 27 by the European Investment Bank (EIB). The EIB is the lending arm of the European Union and the world’s largest multilateral lender for climate action projects.

Perception of the climate crisis: The country’s fight against climate change

About 85% of Romanians believe that they are more concerned about the climate emergency than their government. As a consequence, they are fairly pessimistic regarding their country’s capability to undergo an ambitious green transition. Only 36% think that Romania will succeed in drastically reducing its carbon emissions by 2050, as pledged in the Paris Agreement. The majority (64%) think that Romania will fail to meet its reduced carbon emission targets. The generational gap here is noticeable, with a 15-point difference between people younger than 30 (44% of them believe Romania will succeed) and people older than 64 (29%). 71% of people over 64 believe Romania will actually fail to meet the 2050 deadline. 56% of 15-29 year-old respondents share this pessimism.

As a consequence, almost two-thirds (63%) of Romanians are in favour of stricter government measures — similar to the ones implemented to combat the COVID-19 crisis — that would impose changes on people’s behaviour.

Most popular solutions to fight climate change among Romanians

The majority of Romanian people (76%) would support — to a greater extent than Europeans in general (69%) — the introduction of a tax on products and services that contribute most to global warming. Even among respondents with lower incomes, 75% would be in favour of such a tax. Romanians are also in favour of a 5-year minimum warranty on any electric or electronic product (94%) and replacing short-distance flights with fast, low-emission trains (90%). They also favour softer measures like strengthening education and increasing youth awareness of sustainable consumption (95%).

When asked about the source of energy their country should rely on to fight global warming, the majority of Romanians favour renewable energies (70%) to address the climate emergency, seven points above the EU average of 63%. However, support for renewables differs with the level of income: 64% of lower-income earners would support further development of renewable energies, compared to 79% of higher-income earners.

Meanwhile, Romanians overall are less supportive of nuclear energy than other Europeans (7% vs. 12%).

Finally, Romanians are slightly less likely to think that their country should rely on energy savings than other Europeans (14% vs. 17%). Saving energy is ranked above an increased role for natural gas (7%).

“I believe that it is a very powerful message that a strong majority of Romanians, similar to other Europeans, feel that climate change has an impact on their everyday lives, and see climate change and its consequences as the biggest challenge in the 21st century. Our survey shows that almost two-thirds of Romanians are in favour of stricter government measures that would impose changes on people’s behaviour. This ties in very much with EIB objectives: the EIB Group has recently adopted its Climate Bank Roadmap to deliver on its ambitious agenda to support €1 trillion of climate action and environmental sustainability investments in the decade to 2030 and to deliver more than 50% of EIB finance for climate action and environmental sustainability by 2025. Also in Romania, the EIB is financing projects that pursue these objectives. For instance, the EIB has recently financed the improvement of the energy efficiency of residential buildings in Bucharest, and is supporting the Romanian environment sector through various advisory activities,” said EIB Vice-President Christian Kettel Thomsen.

previousAHK Business Outlook: The current situation of companies is good, but the prospects remain marked by uncertainty
nextRestart Energy exits natural gas supply, to focus on electricity and renewables