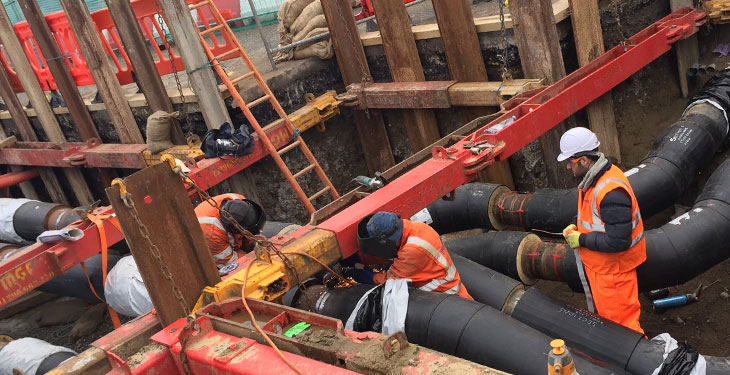 The European Commission has approved an aid scheme worth 150 million euro, presented by Romania to support investments in district heating systems based on renewable energy sources.

According to a statement from the EU Executive, the European Commission has approved, under EU state aid rules, an aid scheme presented by Romania, designed to support the construction and modernization of its district heating systems, so that they are based exclusively on renewable energy sources (RES), according to Agerpres.

The planned aid would be granted in the form of direct grants financed from the EU structural funds managed by Romania.

“This EUR 150 million aid scheme presented by Romania will support investments in the construction or modernization of district heating systems. It will facilitate the transition from the use of fossil fuels to produce thermal energy to the use of renewable energy sources, according to the objectives of the European Green Deal. This aid measure was also possible thanks to the European Green Deal Investment Plan. In order to unlock the potential of district heating systems to contribute to the transition to a climate-neutral economy, the Investment Plan has given Member States more flexibility in providing support for thermal energy production in line with EU state aid rules,” said Executive Vice President Margrethe Vestager, responsible for competition policy.

According to the release, Romania notified the Commission of its intention to provide public support worth up to 750 million lei (approximately 150 million euros) for the construction and/or modernization of several thermal production facilities and energy distribution networks (with a contribution of maximum 20% of the total value of investments in the case of the latter).

previousCîţu: We exclude the possibility of an agreement with the IMF
nextElectricity price falls by more than 8% in September, amid rising trades