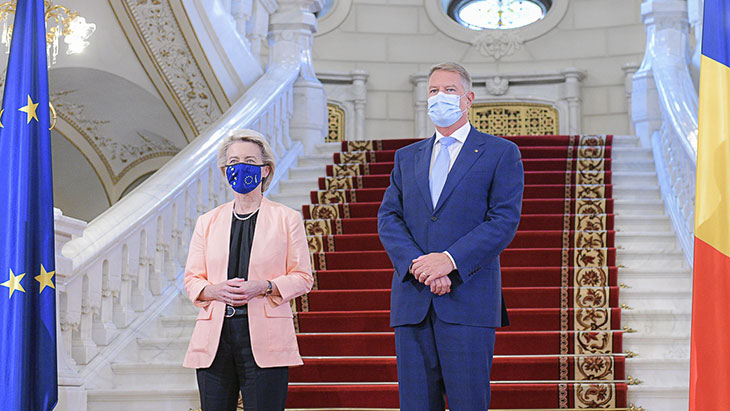 According to a press release of the Community Executive, the approval of the plan by the Council would allow the payment of 3.6 billion euros in the form of pre-financing, namely 13% of the total amount allocated to Romania.

“PNRR is approved, signed and will be applied, which for Romania will mean development, it will mean modernization. In the next five years, PNRR will help us to implement the reforms and investments we have undertaken and you will see that this means, automatically, that we will have a strong economy, which will benefit all Romanians,” said Florin Cîţu, in a joint press conference with the President of the European Commission, Ursula von der Leyen and the President Klaus Iohannis.

He pointed out that Romania’s PNRR is among the 5 best funded recovery and resilience plans in EU countries.

“And it was normal that the negotiations were not easy. We kept our commitment, and by the end of the year we will receive the pre-financing of 3.8 billion euros. I am extremely pleased that the Commission’s assessment was a positive one, this assessment shows that the PNRR was well built in terms of reforms and investments and, very importantly, covers the needs that Romania has at the moment. In fact, the fact that we obtained 10 A ratings out of 11 shows the appreciation of the European Commission,” said Cîţu, according to Agerpres.

In its assessment, the Commission found that Romania’s plan allocates 41% of the total amount of measures to support the green transition. These measures include the phasing out of coal and lignite-based electricity production by 2032. Reforms that promote sustainable transport include decarbonising road transport, green taxation, incentives for zero-emission vehicles and modal shift to rail and transport on water. The plan also places a strong emphasis on improving the energy efficiency of private and public buildings.

previousRepair works at Petromidia Năvodari refinery, near completion
nextPopescu: We can discuss the over-taxation of energy companies, in order to limit the price