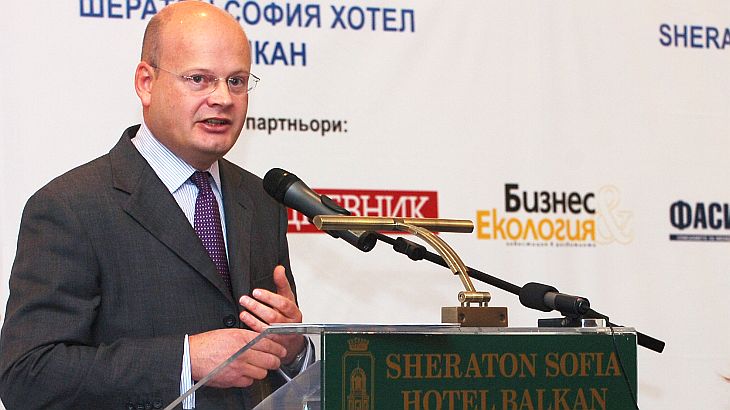 European Bank for Reconstruction and Development (EBRD) confirms it bought 20% of the first bond issuance of Transelectrica (TEL), as previously reported by energynomics.ro.

At the same time, the EBRD announced it financed the expansion of Grupo Industrial Roquet (GIR), a Spanish producer of hydraulic components, with a €5 million loan which will be used to co-finance the development of a greenfield plant in Romania.

In order to meet rising demand for its products the company has decided to expand its production capacities by opening a new plant. Romania was chosen because of its competitive advantages. Construction of the greenfield plant is scheduled to start in April 2014 and production is planned to begin in 2015.

Cipriano Gomez, CEO Roquet Hydraulics, added: “For our company, founded in the 1950’s, this is a giant step to gradually becoming a global player. When we studied various sites for investment we realised that Romania offered many of advantages, among them a very positive business atmosphere. The EBRD’s strong support was the decisive factor for our decision to set up our new factory, which also is our first abroad, in Romania. We are confident that from this industrial base near Ploesti we will be very successful in expanding our product range and market penetration.”

The loan is being provided under the Local Enterprise Facility, a €400 million facility for investments in enterprises in Albania, Bosnia and Herzegovina, Bulgaria, Croatia, FYR Macedonia, Kosovo, Montenegro, Romania, Serbia and Turkey, as well as countries in the southern and eastern Mediterranean region (Egypt, Jordan, Morocco and Tunisia). It provides a wide range of flexible financial products, including equity, quasi-equity and debt financing to address the needs of companies. This loan also benefited from Technical Cooperation funds amounting up to EUR 40,000 provided under the Local Enterprise Facility to support the implementation of the investment.

Since the start of its operations in the country the EBRD has invested approximately €6.64 billion across over 356 projects in Romania and has further mobilised over €14 billion for these ventures from other sources of financing.

previousHidroelectrica returns to the Court of Appeal for RON 1.3 billion
nextGheorghe, Petrom:The new excise will determine a sales drop of 1-3%