Acasă » Electricity » Hidro » E.ON Moldova, the cheapest energy mix sold to households in 2013; the most expensive mix was distributed in Bucharest

E.ON Moldova, the cheapest energy mix sold to households in 2013; the most expensive mix was distributed in Bucharest 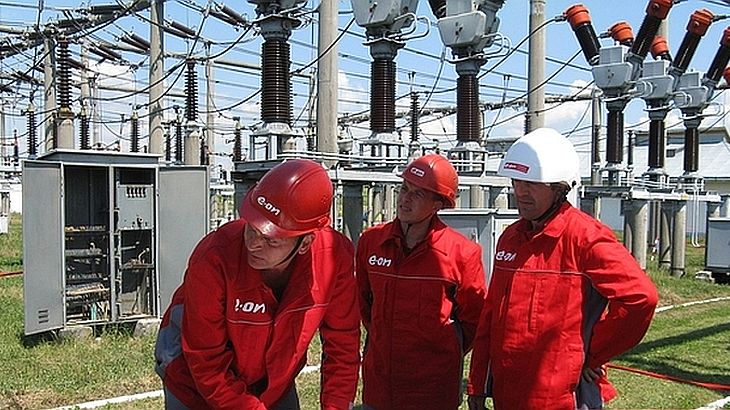 Three quarters of the electricity entering the distribution basket of E.ON Moldova is hydropower, the cheapest to produce. CEZ Oltenia has also a very good cost structure, where 68% of the power distributed is nuclear, the second cheapest, and 25% is hydropower.

E.ON Moldova has the best energy basket of all regulated electricity providers in Romania, according to the ANRE report for market monitoring of electricity for the 3rd quarter of last year, recently completed. Thus, 75% of the energy the germans from E.ON sell their customers from Moldova comes from hydro sources, the cheapest source of energy. It is by far the most favorable energy basket of all suppliers of last resort in Romania. E.ON includes in the basket nuclear power, 14.5%, the rest being taken from thermo energy complexes and the free market.

According to the chairman of ANRE, E.ON received this favorable basket because it has higher costs than all other power suppliers and it has the highest costs for ensuring the smooth operation of the network. This is due to the difficult land in Moldova and because, in general, consumers are further apart from one another and there are no big consumer centers there.

CEZ Oltenia has the second most favorable energy basket , with 25% hydro and 68% nuclear. Electrica Furnizare, with its client base in Transylvania and northern Muntenia  has a balanced power basket, hydro, nuclear and thermal covering approximately the same proportion.

Enel Energie, which supplies Banat and Dobrogea, with 26% hydro, 58% nuclear power, is the third, and the fourth is Enel Energie Muntenia, supplying the south of the country, including Bucharest, with the worst power basket,more than 60% of the supplied energy being thermal energy, the most expensive to produce. The parent company Enel Romania recoveres this disadvantage by lower distribution costs and from being  the power distributor for large industrial customers.

Despite the fact that each vendor has its specific basket, all households in the country pay the same price basket, 396 lei/MWh. Each provider must adjust costs so perceiving this tariff can record profit. Electrica Furnizare covers 37% of household consumption in Romania. Together, Enel Energie and Enel Energie Muntenia cover 36%, E.ON and CE have 12.8% each. For this year, ANRE has determined that the power basket for all providers to be 70% made from hydro and nuclear, the rest being purchase on the open market.

previousGas prices might lead to technical unemployment and stopping of investments in Azomureș chemical plant
nextHidroelectrica traded 23,5 mln. euros worth of energy on power exchange, more offers coming up