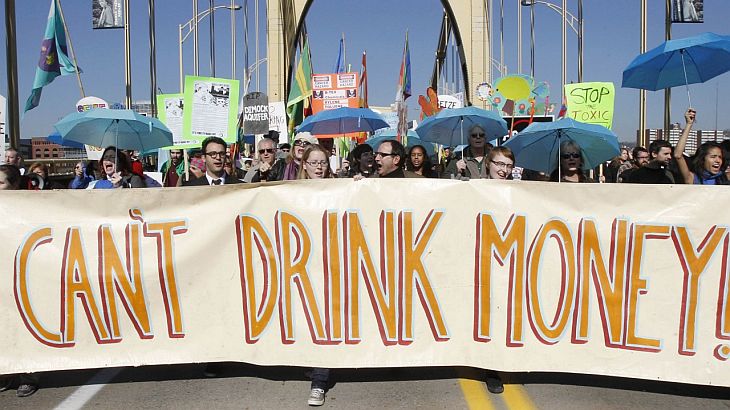 Following the hundreds of complaints addressed by citizens in four American states that supplied the energy boom on the other shore of the Atlantic, press institutions and the US Environmental Protection Agency started to gather more detailed information on the oil and gas drillings.

In Pennsylvania one of the states where oil industry first prospered, that could be noticed in the USA after the second half of the 19th century, the state authorities admitted the existence of potable water contamination following the drilling activities carried out over the last years. The facts were hard to admit and the admission followed hundreds and hundreds of complaints and most of the times they ended up with agreements between the field owners and the extraction companies.

In Ohio, the frequence of confirmation was mush less and according to a state official, none of them was connected with hydraulic fracturing. Although it’s possible to be true, two cases of water contamination have been confirmed each year from 2011 till 2013. In West Virginia, out of 122 warnings made over the last four years, in four of the cases, the company that was carrying out the drilling decided to initiate activities for correction of working procedures.

In Texas, the number of complaints has been the biggest of all the states where research has been conducted by Associated Press. Still, of 2.000 complaints, only for 62 of them a causal connection between water contamination and drilling was considered to take place. Still, the authority that monitors the drilling, stated through a spokesman that no clear connection has been made over the last years between water contamination and gas drillings.

The US Environmental Protection Agency (EPA) was not satisfied with the level of the information collected at the state level and conducted research again in Texas. The state was subject to some of EPA’s investigations over the past years, investigations that have been suddenly stopped and surprisingly by the agency after some problems have been discovered but without carrying on the actions for analysis or sanctions of the companies.

According to the American press, in the most recent report on the part of the General Inspector of EPA, a position charged with the monitoring of observing the standards and the laws by EPA and its employees, it is considered that the analyses haven’t been carried on due to the fear that the agency might lose face due to the processes where it would be called following the actions from the oil and gas industry against it.