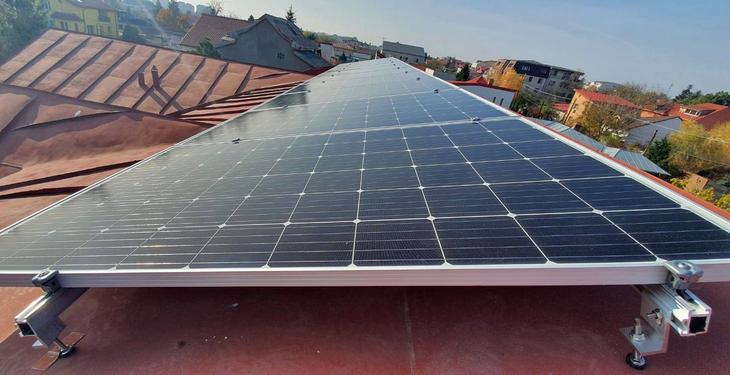 The simplest and most effective means of encouraging small renewable energy production (prosuming) is the application of tax deduction or exemption schemes for those who invest in green electricity generation and consumption solutions. The bureaucracy and bottlenecks in the public support schemes tested so far would be, thus, avoided, said Dan Tudose, general manager of e-acumulatori.

There are thousands of applications rejected by the Environmental Fund Authority (AFM), mostly for reasons not imputable to those who submitted the files, Dan Tudose told at EnergynomicsTalks. The company he runs, e-acumulatori, has succeeded in installing about 30 photovoltaic systems, but the total number at national level is far from impressive. In this situation, the contribution of prosuming to the national energy mix remains irrelevant.

Things could change if the authorities introduced a system that has delivered results in other countries in Europe. “It is ideal for every beneficiary to choose the type of equipment or the system that they can pay for by using the money tax they owe to the state. At the end of each year, e.g. 0,5% of the profit or turnover would become available for PV systems or for upgrading of the car fleet. It’s what countries like Hungary, the Czech Republic, Slovakia, or further away, the United Kingdom, are doing already.”

Dan Tudose noted the low efficiency of the AFM program dedicated to photovoltaic systems. “Now we know that at the end of the program, we will have a maximum of 13-14 thousand systems accepted for financing, but there are signals that not all installers will be able to carry out these projects,” he said. The market expects the financing guide to be amended such as to allow the migration of beneficiaries from one installer to another and the extension of the deadline for the completion of installations.

However, no more than 14,000 prosumers will be, in documents, by the end of 2021. There is a need for a more flexible and simpler system to implement, whereby investors can clearly see the benefits and the level of financial support they can rely on. “If you want to have money circulating in the real economy, you have to set it in motion. If you assigned them, but they stay in one bank account, or if they came from Brussels and stay in another bank account, it does not mean a thing!”, insisted Dan Tudose. “Any potential beneficiary – business or homeowner or tenant associations – if they can count on half the cost of installation being tax deductible and a well-defined deadline when the tax deduction is applied, they can move faster toward electric car fleets or to generate electricity from environmentally friendly sources.” In this way, we reduce pollution, diminish the need for energy imports and reduce the pressure on the national energy system, which no longer has to transport electricity over long distances, with high losses and, again, with a negative impact on the environment.

previousApplications in the POIM, PA 6.2 and PA 6.4 exceed the funds available
nextClear strategic objectives for accelerated investments in Romania