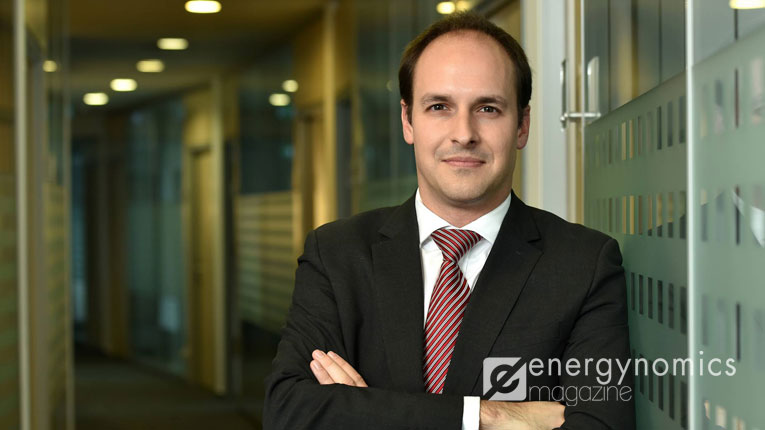 Interim assignments of boards and management teams of state-owned companies do not seem to end soon and this is clearly detrimental to these companies, as it is to shareholders, the state budget and, obviously, the country’s economy. The current political crisis is only contributing to the prolongation of this unfavorable situation. As in the case of listing Hidroelectrica on the stock exchange, Fondul Proprietatea draws attention for many years that the 4-month mandates of company managers cannot produce favorable results nor to improve the economic situation of these companies, Johan Meyer, CEO Franklin Templeton Bucharest & Portfolio manager, Fondul Proprietatea, tells Energynomics. „We have been highlighting the detrimental impact of this situation for a long period of time and it is now critically important for the Romanian state to demonstrate that corporate governance is more than just two buzz words to impress potential investors,” says Johan Meyer, in an exclusive interview for Energynomics. Also, Fondul Proprietatea has been advocating consistently for the IPO of Hidroelectrica and in the current context for the urgent repeal of Law 173.

Why are there still delays in Hidroelectrica’s privatization? Why is it important to have an open, listed company and what can be done to help the company fulfil the corporate governance rules?

Romanian capital market could be an attractive proposition for foreign institutional investors that want to participate in the initial public offerings of state-owned companies, IPOs that we have been waiting for a long time, which we have promoted in recent years.

There are companies that can be listed on the BVB relatively quickly because they are all prepared both operationally and financially and this is the case of Hidroelectrica. But the biggest obstacle in this matter now is legislation enacted by the Romanian Parliament in August 2020 (the „law 173”), which prevents the sale or listing of state assets for two years. This legislation was initially introduced in the context of the outbreak of the COVID-19 when there were fears that market prices of financial assets would be negatively impacted by the pandemic. The legislation has however proven to be an impediment for Romanian state-owned companies such as Hidroelectrica to access the capital market at a time when asset prices and investors’ appetite for IPOs is at all-time highs.

Hidroelectrica, as a 100% clean energy producer and the most profitable state-owned company, is in our view ideally placed to become the most successful IPO of a company from Romania and probably from the CEE Region. In many respects a unique company, Hidroelectrica is the only pure hydro energy producer in Europe, rendering it an attractive company for many classes of institutional investors, in addition to those who are already investing in the Romanian capital market. It would be suitable for regional funds, as well as more broad frontier and emerging market mandates. In the case of Hidroelectrica, we are confident that the company will attract many new investors such as major infrastructure and utility funds, dividend funds, specialized hydro and clean energy funds and more general investors dedicated to the fast expanding environmental, social and governance (ESG) theme.

Hidroelectrica’s listing on the Bucharest Stock Exchange (BVB) (which in our view should not be considered a privatization since the state would continue to retain control of the company) would make it possible for the Romanian capital market to be promoted to the status of an emerging market according to the rules of index provider MSCI. Hidroelectrica’s IPO could be the biggest in Central and Eastern Europe for many years.

Unfortunately, Hidroelectrica’s listing has been delayed for an extended period of time because successive previous Governments have been reluctant to take this decisive step for the company and for the Romanian economy in general. Also, given that Law 173 produces effects for two year, i.e. until August 2022, preparations of the IPO at the level of the company itself have been put on hold. This is especially harmful given that preparing an IPO is a lengthy and complex process that can take as much as 12 months.

As a minority shareholder in Hidroelectrica, Fondul Proprietatea has been advocating consistently for the IPO of Hidroelectrica and in the current context for the urgent repeal of Law 173. Also, Fondul Proprietatea has been advocating for a predictable and fair legislative and fiscal environment, particularly in relation to the taxation of the water used by Hidroelectrica to produce electricity. Unexpected legislative changes introduced in 2020 have led to a more than 50% increase in the water costs paid by the company to the Romanian Water Agency. Our message to decisionmakers has been for a review of the water tax to avoid unnecessary value destruction for shareholders, especially when the company should be preparing for a listing.

In general, a well-developed capital market provides companies with easy access to financing, and retail investors with a competitive alternative to savings instruments offered by banks. It also encourages potential issuers to improve corporate governance standards and transparency in order to gain and maintain investors’ confidence. The country benefits from increased capital flows, which contribute to its overall economic progress. The development of the capital market is a mirror of a country’s economic growth.

What can be done to end the temporary mandates in all state companies, start having long-term mandates, and to fulfil the corporate governance rules, especially with the view regarding future investment planning and execution?

The interim assignments of boards and management teams of state-owned companies do not seem to end soon and this is clearly detrimental to these companies, as it is to shareholders, the state budget and, obviously, the country’s economy. The current political crisis is only contributing to the prolongation of this unfavorable situation. As in the case of listing Hidroelectrica on the stock exchange, Fondul Proprietatea draws attention for many years that the 4-month mandates of company managers cannot produce favorable results nor to improve the economic situation of these companies.

On the contrary, the interim mandates prevent the companies from developing and implementing business plans that would support long-term growth of a company and the appointment of these interim managers on political grounds makes matters worse. The crisis in the governing coalition that culminated in the departure of some ministers could jeopardize several important projects, such as the listing of Salrom on the stock exchange. The lack of predictability of the interim management cannot produce correct, necessary business decisions and cannot create a long-term perspective of the economic evolution of these companies.

We have been highlighting the detrimental impact of this situation for a long period of time and it is now critically important for the Romanian state to demonstrate that corporate governance is more than just two buzz words to impress potential investors. It doesn’t matter how attractive an investment opportunity is, if there is no confidence in the management it will always be priced below its potential. Thus far, most appointments have been along very narrow political interests, ignoring the needs and requirements of the companies and the industries. It is high time that this approach is changed for good – Romania deserves better.

It has been proven many times over that politicizing the economy does not result in optimum outcomes for all stakeholders. It is time that Romania shows that it can actually implement the lessons learned from communism and move beyond political loyalty as a requirement for appointment in state-owned companies.

How can the Romanian companies accelerate the investment plans in order to better attract, in due deadline, the EU funds coming to Romania in the next period?

To invest, you must have your own capital or be able to borrow. To raise capital or for banks to be willing to provide credit to you, you must have a good and convincing business plan. To develop such a plan, you need a combination of entrepreneurs, trained professionals and people independent of politics. It is exactly what the Romanian state has not implemented. It is therefore no surprise that we see many state owned companies that continue to be in such poor shape when private companies operating in similar industries are able. A good business plan cannot be made with managers appointed for periods of four months. We need people appointed for full terms, for four years.

Take Salrom, for example. As soon as the board began preparing for a listing on the stock exchange and began evaluating solutions to reopen the graphite mine, the government changed it. At this point we do not know if the new board will want to continue these projects, but we openly encourage them to do so in the interest of the company and all its stakeholders. The more uncertainty there is in the process, the less likely it is that there will be investors willing to support the business.

The need for investment in Romania is huge, across every economic sector, and the future will show us that if we are too late, we will not be able to close some gaps.

Energy transition and digitalization is already changing the world in radical ways. We cannot hope to achieve positive outcomes if we continue to act in the same old ways without learning from past mistakes, similarly, viable investment projects that will win the support of investors cannot rely on the continued appointment of people that are there only because of their connections, and not because of what they bring to the table in terms of experience and capabilities.

How do you think a capping of the electricity and gas prices would affect companies in your portfolio? How is that affecting the liberalization process?

Romania faced a somehow similar situation in 2019, when the energy market regulator, ANRE, forced a price cap for electricity delivered to residential users. Back then, we criticized that price cap because we believe that kind of actions is extremely short-sighted, bringing short-term benefits at disproportionately high costs to the entire economy. Before any decision is made, we strongly recommend serious consultations with all industry stakeholders, including political factors, with the population and with shareholders of the companies in this field.

As we said back in 2019, the involvement of the government in a free market – a market that the government itself liberalized– would send a negative message to all the actors in the energy market and to the investors willing to bring their money into the Romanian economy. We believe that the government needs to make a proper evaluation of the impact of such decision and to avoid knee jerk reactions to short term fluctuations but rather to focus on planning adequate infrastructure for the longer term.

This interview firstly appeared in the printed edition of Energynomics Magazine, issued in September 2021.

previousRadu Rat (Axpo Energy Romania): First physical PPAs in Romania are still some time away
nextItaly’s electricity bills to rise about 30% in the next quarter