Car fuels prices rise by 2% in a week, in Petrom stations 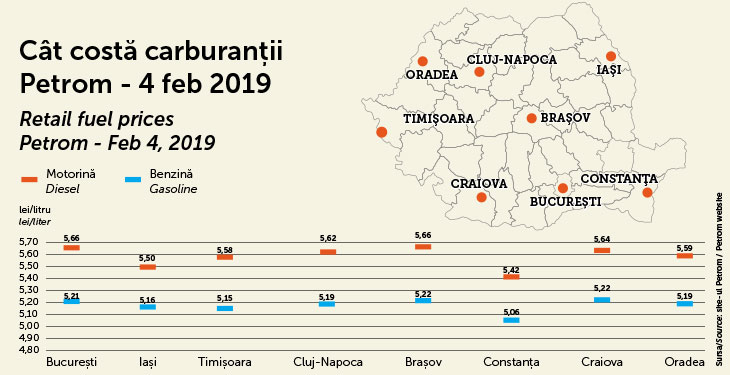 The price of gasolines sold by Petrom climbed 1.92% as against January 28, in the third week of rising prices in the last four. In the last month, gasoline price raised by about 3%. In case of diesel, there are four consecutive weeks of increase, with a total advance of 4.68% compared to January 7. In the past week, gasoline prices grew in all eight stations monitored by energynomics.ro, with an average advance of 1.75%.

Since January 1, the prices for car fuels have increased following the entry into force of two normative acts: indexation of excises with the inflation rate, respectively the increase of the mandatory content of biofuels in gasoline and diesel. Another important factor is the decline suffered by the Romanian currency; since the beginning of the year the leu lost 1.88% compared to the euro, and 1.71% compared to the dollar, according to the NBR exchange rate.