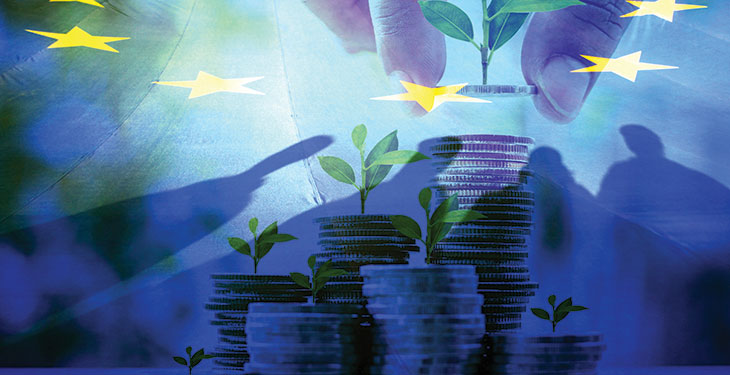 Too much ambition risks blocking investment in the energy transition to decarbonization. Beyond the discussions on the future of nuclear energy, on which a report is expected from the European Commission’s in-house research body, the Joint Research Center, nor the status of natural gas or hydrogen technologies is clear for the time being. The challenge is to find the right balance between ideals – fast and sustainable decarbonization – and the reality in the field – the potential of yet far from maturity technologies and the speed at which the energy value chain can transform itself without raising major security concerns in electricity and heat supply. The conceptual distance between the shareholders in negotiation is worsened by the gap in technical and industrial processes understanding (politicians and activists vs engineers and business leaders), but especially by the suspicion that one or other party tries to push in rules and thresholds favouring business interests beyond, or even divergent to environmental objectives.
The EU executive is currently drafting a rulebook for sustainable finance, drawing up a complete set of criteria defining what can be considered as a “green” investment in the European Union – the EU Taxonomy.

Unofficial information published by the EURACTIV portal suggests that The European Commission is reconsidering the position of gas in its sustainable finance taxonomy by recognizing the fossil fuel’s role in keeping the lights on during peak electricity demand.

“Stakeholder feedback has highlighted that gas-fired power generation plays an important role in guaranteeing the reliability of electricity supply by compensating for times of low generation by intermittent renewable energy generation (wind, solar) and contributing to grid stability,” the leaked proposal says, according to EURACTIV.

To acknowledge this, the draft text puts forward two options:

“A gas-fired power plant used specifically for maintaining the reliability of electricity supply by contributing to grid stability can be assumed to operate 2,000 hours per year or less,” says the draft text. This would enable gas plants that operate for less than 2,000 hours a year to fit into a “transition” category in the sustainable finance taxonomy because they would “guarantee the reliability of electricity supply” until their operating hours eventually fall to zero by 2050.

Gas is crucial for the energy transition

The target set by the European Commission for the drastic reduction of CO2 emissions by 2030 will be hard to achieve if Brussels’ Taxonomy does not allow gas to be used for the entire energy transition period, some specialists say.

“Gaseous fuels should be recognized for their ability to drive the transition in the coming years, including as a support for increasing volumes of intermittent renewable power,” said Laura Bosetti, a policy advisor at Eurogas, according to EURACTIV.

“This could be reflected in the delegated act by establishing criteria for such enabling and transitional activities which could be classed as sustainable activities. As the gas sector decarbonizes, these activities will move beyond ‘transition’ and ‘enabling’ activities to directly deliver on climate change mitigation,” she told.

However, green activists consider this is a loophole to label fossil fuel gas as „green”. “Some early estimates show that more than half of Europe’s gas might slip through the loophole and syphon funds meant to support the green transition.”

Too early for hydrogen

The introduction of hydrogen to achieve the optimal energy mix will have to be accelerated if Brussels wants a limit of 100 grams of CO2 emissions per kWh (CO2e/kWh) for energy producers in the EU Taxonomy. “The only option that can abide by this level is hydrogen,” says Niculae Havrileț, secretary of state in the Ministry of Energy. At the moment, Romania does not yet have the necessary technology, neither relevant consumers of hydrogen. “Currently, we use hydrogen at several refineries in the country for petrochemical products, but we still do not use it for electricity production. There is an initiative from oil and gas producers to invest in an integrated project based on hydrogen from production to consumption, especially in the heavy transport segment, taking into consideration that a pan-European network will be built for establishing a transport corridor for hydrogen.”

In an initial form of the taxonomy, the level of 100 grams of CO2 emissions per kWh has been advanced, with the possibility that this level can be increased to 250 grams or 350 grams per kWh, provided that energy producers use hydrogen, in addition to natural gas.

In 10-15 years, power generators would comply with the emission standards imposed by the European Union. If it is established that the emissions can be 350 grams per kWh, this could be covered even by power generation based on natural gas”, Niculae Havrileț considers.

Too ambitious for hydrogen, too

At the same time, a coalition of industrialists and electricity companies have expressed concerns about a draft emission threshold above which hydrogen would be considered “green” under the EU’s sustainable finance taxonomy. As it stands, the draft threshold is so low that it would shut the door to hydrogen produced from the power grid, they claimed in March, in a letter sent to the EU officials. They are concerned that the currently proposed criterion of 2.256 kgCO2eq/kgH2 undermines the EU leadership ambition whilst “unnecessarily limiting business options”.

In their opinion, the benchmark set in the taxonomy is so low that even solar power would fail to meet the requirement. “If you look at how much it emits to produce hydrogen with solar PV, taking a proper lifecycle assessment, it’s also around 3 or 3.2 kgCO2/kgH2,” explained Marion Labatut, head of EU office for EDF, for EURACTIV, still higher than the taxonomy’s draft 2.256 kg threshold.

Such a threshold would in practice “limit the definition of low carbon hydrogen to include only electrolysis powered exclusively with renewables”, note some experts. “Under the criterion, grid-connected electrolysis is excluded, even with grid carbon intensities as low as 100g/kWh,” said Gniewomir Flis, a researcher at think-tank Agora Energiewende, for EURACTIV, which “ is problematic, since a grid with such carbon intensity, or lower, would be running on renewables” almost exclusively.

According to Flis, the European Commission needs to clarify whether the emission standard in the taxonomy is related to process or lifecycle emissions.

European Commission plans to evaluate the safety of radioactive waste handling and an expert report is expected soon on how to classify nuclear energy under the EU’s green finance taxonomy. The European Commission’s in-house research body, the Joint Research Centre (JRC), is putting the finishing touches to a report about the safe handling of radioactive waste that could be fateful for the future of Europe’s nuclear industry.

The report could end up recognizing nuclear power as a “transition fuel” under the EU’s Taxonomy, or on the contrary, irreversibly stigmatize it as a polluting form of energy that does “significant harm” to the environment, wrote EURACTIV.

Nuclear energy must be part of the European taxonomy in order to meet the objective of the Green Deal, thirteen trade unions representing energy and nuclear workers have told Ursula von der Leyen, president of the European Commission, in a joint letter this February. Exclusion of nuclear power will not only harm the European nuclear industry but also on electricity-intensive industries, they said.

Many EU states have made it a priority to construct a new generation of nuclear reactors and to extend the operation of existing reactors. Investments in the European nuclear industry are needed to provide this kind of stable electricity production to complement non-dispatchable renewable energies and to ensure the stability of the European electricity system, the unions wrote.

“If nuclear power were to be discriminated in this context, then complementary electricity production to renewables would remain based on fossil fuel sources and low-carbon targets cannot be achieved.” It is, therefore “imperative” that nuclear energy is included in the European taxonomy, for allowing such investments access to financial support from governments and cheaper loans from private banks.

This article first appeared in the printed edition of Energynomics Magazine, issued in March 2021.