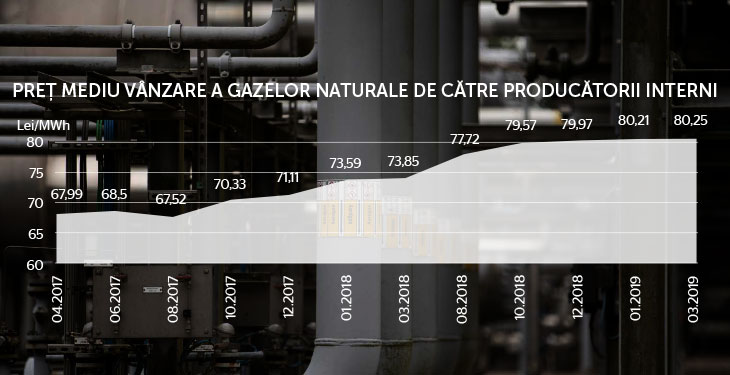 The National Regulatory Authority for Energy has decided to increase by 5.83% on average the natural gas price for households, starting August 1, 2018. ANRE has acknowledged the upward trend in selling prices for natural gas from domestic production, as well as in the import prices.

In a press release, the Authority presented the evolution of selling prices for domestic natural gas from April 2017 to March 2019. The figures reported show an 18% advance in 24 months. The price for imported natural gas in March 2018 was already 28% higher than the price for the gas produced in Romania – 94.58 lei/MWh, compared to 73.85 lei/MWh.

ANRE’s announcement is full of information and provides factual and circumstantial support for the Ministry of Public Finance’s initiative to propose capping for 3 years the price for natural gas produced domestically. However, there are many other issues to be clarified in relation to this solution:

“The imposition of a price of 55 lei/MWh puts into question the economic viability of some fields, which could lead to them being shut down with impact on production and jobs”, the Romanian Association of Petroleum Exploration and Production Companies – ROPEPCA warned, in a public position.