Acasă » General Interest » Environment » Andreea Mitiriță, PwC: Demand for green hydrogen will accelerate in 2035, but production and prices are still a challenge

Andreea Mitiriță, PwC: Demand for green hydrogen will accelerate in 2035, but production and prices are still a challenge 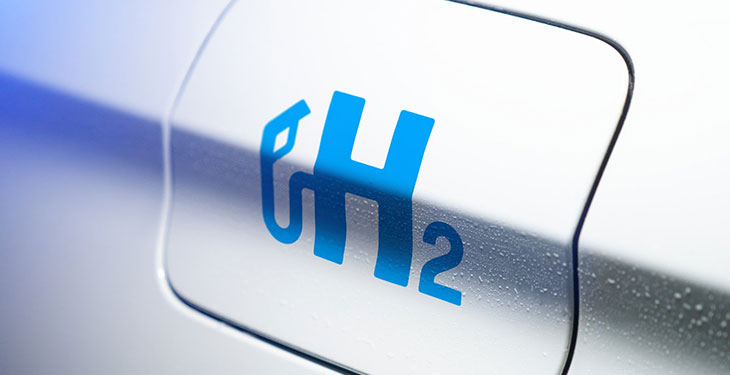 Green hydrogen, produced from renewable resources such as solar and wind energy, is considered one of the solutions for countries around the world to achieve climate neutrality by 2050, the main challenges for its production being high costs and availability of resources, says Andreea Mitiriță, partner, PwC Romania.

According to the analysis, “The green hydrogen economy. Predicting the decarbonisation agenda of tomorrow,” by PwC, depending on the availability of renewable energy sources, the states will be divided between importers and exporters of green hydrogen, and export and import hubs similar to the current oil and gas ones will be developed.

The same report shows that the demand for green hydrogen would increase rapidly from 2035, but the production price, although lower than at present, will still be above the tariff for “gray” hydrogen (obtained from natural gas).

Given climate ambitions, it is important that countries now begin developing projects to implement the necessary hydrogen infrastructure, and that governments adopt supportive policies and create a regulatory framework to encourage investment in hydrogen production.

The situation in the European Union and globally

Global demand for green hydrogen could range from 150 to 500 million metric tons per year by 2050, depending on global climate ambitions, and production costs will be reduced by about 50% by 2030, to slow down its rate of decline by 2050.

At the moment, the hydrogen produced all over the world is “gray”, with the help of natural gas. Excluding the price of carbon emissions, “gray” hydrogen is cheap (1 or 2 euros per kilogram), but prevents the achievement of environmental sustainability targets.

Although it is a better long-term solution, the development of green hydrogen currently costs between 3 and 8 euros per kilogram and will reach the level of gray only in 2050, according to PwC estimates.

The most attractive production markets for green hydrogen are those with abundant renewable resources and low costs, such as parts of the Middle East, Africa, Russia, USA and Australia, where the production cost is currently 3 and 5 euro/ kg and will reach 1-1.25 euros by 2050.

In the European Union, the amount of hydrogen used is limited and produced largely from fossil fuels, so the stakes would be to obtain green hydrogen from renewable sources. However, renewable resources are limited in most European countries, and production costs will remain higher than in other regions, averaging to 2 euro per kilogram in 2050, which could turn the EU into an importer of green hydrogen. Currently, in Europe, costs can reach up to 8 euro/ kg.

According to a European Commission (EC) report, cumulative investments in hydrogen from renewable sources in Europe could reach 180-470 billion euro by 2050 and around 3-18 billion euro for hydrogen-based fossil fuel emissions low carbon dioxide. EC analysts estimate that hydrogen from renewable sources could meet 24% of global energy demand by 2050.

Where is Romania in this equation?

Romania supports the European Union’s goal of achieving climate neutrality by 2050, and this will mean a profound economic transformation of the energy sector as well.

Regarding hydrogen production, in Romania, investments in this sector are only at the stage of intention, several companies announcing plans in this regard. A first step in this direction was also made by the Romanian Government, which proposed in the final version of the National Recovery and Resilience Program (PNRR) the financing of projects for the development of renewable energy and hydrogen gas infrastructure worth over 1.6 billion euro. Thus, several important companies in the energy sector would develop in the period 2021-2024 projects for the production of green hydrogen worth 713 million euro.

previousEfficient Romania: Budget of 2.2 bln. euro for the wave of buildings’ renovation in Romania
nextWind industry installed a record 93 GW of new capacity in 2020, up 53%