That would be the proper full title for this article, a text which emerged after I had the opportunity and the great honor of being the moderator of the first business networking meeting the BRCC and Energynomics organized together on February 11th, at Noblesse Palace. Five insightful speakers addressed the question ‘What are the business trends in 2020 in Romania?’. There were five to ten minutes of discourse from each of the speakers and then a Q&A session involving some of the 45 people invited in the audience.

The first idea to consolidate was a rather optimistic one as all the speakers mentioned a sense of increased prosperity in Romania and for Romanians. This seems to be the case after a decade of strong economic growth and accelerated revenue increase for most of the people. („People go deeper into their pockets for products and services of higher quality”, it was said) 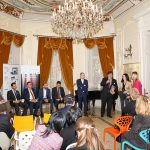 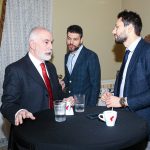 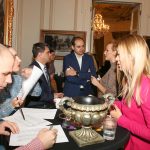 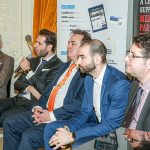 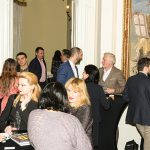 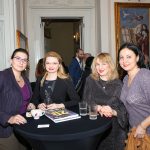 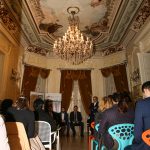 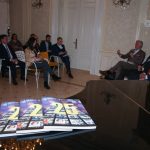 Here are some numbers to sustain this feeling: the GDP per capita in PPS have increased by 25% since 2010 to 2018, and the annual net earnings increased by more than 70% in the same interval. (source of data: Eurostat).

I would personally add two more reasons for optimism. First, Romania have access now at plenty of financial resources, in addition to own capital of business and people. There are still available significant volumes of money in European funds, and as the Romanian stock exchange have been upgraded from frontier to emerging market status, in September 2019, new powerful investment funds are searching for new business opportunities in Romania. Second, after more than three years of uncertainty in terms of the strategic direction Romania might take (free vs centralized, regulated markets, European principles vs nationalistic autarchy etc.) – the political radar seems to return on the track Romania chose even before accessing the European Union, back in 2007.

“In the job market it is very low unemployment and there’s a lot of confidence”, noted Colin Lovering, Vice-president of the British Romanian Chamber of Commerce. “The trends in the workplace are towards nomadic working, which is more and more people are project-based in what they are doing”, he elaborated. “I am predicting that industries like healthcare, education and travel & hospitality will be the fast growing industries. […] We all living longer, and I believe that all the more traditional areas like nursing, dentistry, healthcare will become more well paid, because it will become more of an asset to have such skills.”

The real estate in Romania is in rather good shape, believes George Didoiu, Director of Tenant Representation at Colliers. „More and more, the real estate is turning its face to the people. What is happening these days is that the companies and the developers take the human element more and more into consideration. When you develop an office building, for example, you are not just looking at square meters (sqm) and rents/sqm; you have to make sure you are offering an experience”, he explained. “The new office developments are all filled with co-working spaces, with clean energy, not only that buildings are certified as green, in terms of being efficient in how they make use of utilities, but they also get certified as healthy, a trend not yet well established in Europe! These are all very positive signs.”

There were also some thoughts on what seems to be more problematic and challenging.

GET FINANCING WITH STABLE LEGISLATION “Energy is, and for good reasons, a subject of a particular pride for Romania”, started Radu Dudău, Co-founder & Director of Energy Policy Group (EPG). “At the same time, sector is troubled by some degree of confusion and uncertainty”, he went on. The European Green Deal is going to be a major challenge for Romania, because it depends a lot on fossil fuels, coal and natural gas. “The European Green Deal seems to be going to drastically cut down the very possibility of financing projects for modernizing infrastructure in the gas sector”, he warned. Romania has a perceivable deficit of power generation capacity in the market, Radu Dudău said. “One would think that investors should have decided by now to put some money to the power generation side, but for some reasons they didn’t. Apparently, these reasons have something to do with the legislative instability, mostly”, he said. However, the hope now is that the upcoming modernization fund, a new instrument of European money dedicated to the East European countries will cover a lot of this needed investment, which is fundamentally a switch from coal to gas, by building new Combined Cycle Gas Turbines (CCGTs). “There is also space for new renewables, and energy efficiency has a tremendous potential in Romania”, concluded Radu Dudău.

GET THE RIGHT MINDSET “I see myself as an energy guy, as I spend 20 years in this industry, but when I look at the trend manifested during the last decades, I am a little bit disappointed”, said Răzvan Copoiu, Vice-president South & Eastern Europe Industry Business, Schneider Electric. “I see that we are still looking on the past, we are not following the trends of the moment. In Romania there is very little interest in issues that are dominating the agenda around the world, such as smart grids, electric cars, prosuming.”

It is a big gap between the big trends globally, and the Romanian approach: “We are still debating about modernizing a power plant, about how to make a small automation…”

Răzvan Copoiu mentioned the augmented reality as a tool, also for cutting corners when dealing with the lack of skilled employees. “We can have a person who is not very well trained, maybe an engineer who has not a lot of experience and for sure who does not have specific knowledge on a specific industrial system. The trend is to provide this person with a device that guides all interventions based on augmented digital help”, he said.

In this respect, he used the opportunity to launch a message from the private sector to the government: use people with the right mindset, in order to advance into the future.

ADDRESS THE HUMAN FACTOR In fact, people – both clients and employees turned out to be the common denominator of the conversation, and the ideas expressed went in line with a global study just released by Accenture: to be competitive and successful in a world where digitalization is present everywhere, companies must focus on finding the balance between “value” and “values”, that is, between increasing the value of the business and the values in which clients and employees believe, as well as their expectations, writes the Accenture Technology Vision 2020 report.

It was also highlighted by each speaker the impact of emotional intelligence on professional performance and the importance of leadership in organizations, but also how difficult it becomes, at the same time, the process of motivating and retention of employees.

On February 11th, Energynomics together with British Romanian Chamber of Commerce organized their first joint Business Networking Breakfast event, at Noblesse Palace. The speakers were: