Home»Past Events»Richard L. Morningstar: The countries in CEE Europe and the Baltic countries should work together on energy issues (@ Gas for Europe)

I am very happy to be here tonight, and to be here with my good friend ambassador Mihnea Constantinescu, whom I’ve known now for seven years. In fact, when I came back into the Government in 2009, – I’ve been in Clinton administration, I had been ambassador to the UE, among other things -, but when I came back into 2009, my very first trip as special envoy was about this time of the year to Romania for a conference, and I think that is I when I actually first time meet him. 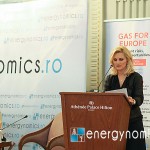 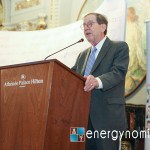 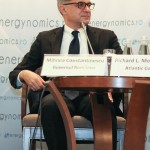 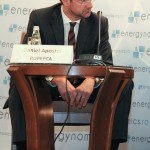 I am an observant person, and when I came down downstairs tonight I looked at the themes that were on the poster here, and they are very much apropos, and very much that is what I will talk about. I will talk first a little bit about Europe, as a whole, and then about Romania, which I think in a lot of ways is a microcosm of what is happening in Europe. A couple of times today it was pointed out to me that there is such a huge history of energy in Romania, a huge amount of expertise, a huge number of resources that puts Romania in a very special place to be able, one, to have its own energy security, but also to have an influence on the region and also on all of Europe.

In a lot of ways, Romania is a microcosm of what is happening in Europe

First, talking of Europe, as a whole. European energy security is of paramount importance for the United States. And I often get asked a question: why do you care, why should the US care about the European energy security? Actually, it is very simple. Energy security relates to economic security; energy security, particularly in Europe, relates to political security, for obvious reasons, and a strong Europe is very much in the interest of the US, just as a strong US is very much in the interest of Europe. So, this is something that is important to us, it is something that we often speak out about and it is very important.

The EU is doing a lot with respect to energy security. It is still a long way to go and maybe the glass is half full, but half full is a lot better than not at all full, which I think it was the case when I started back in Government, in 2009. The development of the European Energy Union, and pushing towards a single market are really important. Interconnections which the UE is emphasizing from West to East, from North to South, I think they are both very important here, in this country. The interconnector between Spain and France is critically important. We have the ability, in fact that are shipments of NLG that have gone to Portugal and there is going to be a lot more, and to get it to the rest of Europe there has to be a decent Spanish-French interconnection. Hopefully there is a progress on that.

The whole Ukraine situation! I think is quite remarkable that back when I first meet ambassador Constatinescu, Ukraine was buying 35 or 40 bcm of gas a year from their Russian neighbor. Last year it bought 6 bcm, and maybe none this year. That comes from two reasons: the development of their own internal resources, but also the reverse flow that is going from Western Europe to Eastern Europe.

Liquefied natural gas is also very important. Some of that will hopefully come from the US, but it will come from other places as well. Some say, well, US LNG is not going to be able to compete pricewise with piped gas from Russia. One, why it can’t? And, two, that is not even the point! Just the availability of LNG from different places has made a monumental change on the pricing of Russian gas even now. Europe is looking at all the alternative sources of gas – whether from the Southern corridor, from Azerbaijan, and other places as well. But the EU is both on energy and on energy security from an “all of the above approach” – it is not just gas, it is renewables, it is solar, it is energy efficiency.

The other thing that is finally happening in Bruxelles – which is critical important to the EU, and also countries such as Romania – is that the EU is following and sticking to its own rules and regulations. I think there is nothing that Bruxelles can do that is more important than strictly enforcing its own rules and regulations, whether it be the Third Energy package, whether it be the competition laws, and strictly enforcement on the competition case. I know people have short memories, but I know that everybody remembers the South Stream pipeline, which was going to be such a big deal… I will say that I predicted… Some things that I predicted, I was wrong about, but one thing that I was right about was that South Stream wouldn’t happen. And the South Stream didn’t happen – yes, there were economic and commercial reasons – but also it is because Bruxelles stuck to its downs with respect to its enforcement of the Third Energy package, and Russia and Gazprom finally realized that they will not going to get approval with respect to the South Stream. And now we still have a real question about what it is going to happen with North Stream II. The US administration was very outspoken on its opposition to the North Stream II – and I am sure you all know which pipeline I am talking about, it is the pipeline going under the Baltic Sea from Russia to Germany – and for a lot of reasons. What does it matter for the US whether there is North Stream II or not? There are a lot of issues: there are commercial issues, there are legal issues, but there are also real political issues that relate to North Stream II. The reason why there is such a visceral relationship in the US is the feeling “God, look what Russia have done! Look what they’ve done in Crimea! Look what they’ve done in Eastern Ukraine! Look at the various tensions that they have led to now”. An under such circumstances, how can Europe approve a pipeline that is clearly detrimental to the interests of Ukraine, that’s clearly detrimental possibly to supply in Central and Eastern Europe, that’s dividing Europe between the countries in this part of Europe and some of the others, and it is totally contradictory to the aims of the European Union. So, really, it is to me a political security issue and it is important, so that is why the US is taking such a strong position. Also, North Stream II only increases the dependency on Russian gas. I know, this is not such a big issue here, in Romania, since Romania is, at the moment, quite self-sufficient in this respect. 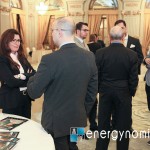 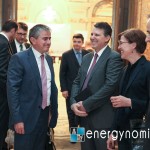 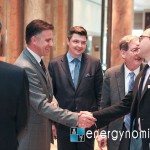 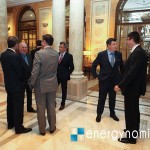 And over all, I think the whole concept of regional cooperation is very important. I think Romania recognizes that with some projects that have taken place. Romania is a smaller version of Europe and I think it is fortunate for Romania that it has many resources – gas, coal, hydro, biomass, potential for nuclear, on and on I could go into that. Just as Europe has been taken a sort of “all of the above” approach with respect to energy, I think that it is important for Romania too.

Minister Victor Grigorescu has been talking about the two keys as far as he is concerned: interconnectivity and technology, and I think that is true. Interconnectivity is really important, getting the Greece-Bulgaria interconnector done, the Bulgaria-Romania interconnector, ultimately and hopefully the BRUA pipeline getting significant help from the European Union to get this done – I think it is really important and will make a huge difference. In respect with Romania sending gas to Moldova, we are not talking about huge amounts of gas, but Moldova is totally dependent on Russia for gas, and the fact that Romania can supply gas from another direction to Moldova I think is very important.

On the technology side, the technology with respect to gas is a tremendous opportunity for enhanced recovery of both oil and gas in Romania at existing wells. This is something we have been preaching in Ukraine forever! And obviously, the offshore exploration with several companies involved here, and the nuclear. I know there has been some talking there is an interest on things like small scale nuclear reactor that could be employed for the future. Smart grids and renewables are also very important.

There are some issues, that I have been hearing about that need to be addressed. There is the fiscal regime, the stability clauses, as well as taxes on production. The answer to that is something that really needs to be resolved through discussion between the Government and companies, because the last thing that Romania needs would be for that to be a disincentive to investment for projects that are taking place at the Black Sea. And also easing the permitting and regulatory process, which a lot of countries face, needs to be addressed, too.