Home»Renewables»Biomass»Transelectrica: 100MW storage is needed for each additional 300MW installed in WPP

Romania is almost reaching its target for the share of renewable energy in total national energy consumption for 2020 – 24%. However, for reaching the 2030 target, significant changes in legislation are needed fast in order to attract new investments in renewables capacities. And they have to come together with storage systems. 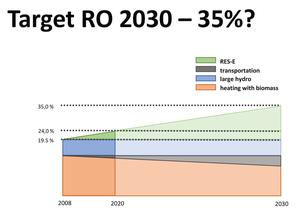 With nearly 3 GW installed in wind power capacities, Romania was at the end of 2017 under the target in the national renewable energy action plan (3.6 GW). Romania have considerably exceeded its proposed target of installed solar capacities – 1.35 GW, compared to 0.2 GW. However, in a recent analysis, Martin Moise, vice-president of PATRES pointed out that the overall target of 24% of total energy consumption is mainly attributable to the very high share of firewood heating, which is measured in statistics as a contribution from biomass. In order to get closer to 35% – the target for the share of renewable energy in total national energy consumption for the year 2030, a strong and accelerated increase of the contribution from renewable sources (wind, solar, biomass) is needed in near years.

A difficult task, given that the support scheme for existing capacities is far from being encouraging for investors, and a new scheme is not yet under discussion. Moreover, in recent public interventions, both Iulian Iancu, the chairman of the Chamber of Deputies’ Committee for Industry and Services and Transelectrica’s CEO have argued that new investments in renewable energy must be accompanied by expenditures for electricity storage capacities. “In Romania, the maximum power possible to be installed in WPP taking into account available reserves has already been reached (3.000 MW)”, stated Corina Popescu at the dedicated workshop organized by the EUFORES, at the Parliament Palace in Bucharest, few weeks ago. One of the recommendations for a manageable impact of the RES integration, said Corina Popescu, was to install storage systems, as “100 MW storage is needed for each additional 300 MW installed in WPP”. Corina Popescu also mentioned other five recommendations for a sustainable impact of new RES capacities:

Some of these ideas are covered by the future objectives communicated by ANRE, in the same workshop. The Authority aims at designing a suitable legislative framework for promoting the E-RES in power plants with installed capacity below 100kW (micro-capacity to satisfy local consumption) on biogas, biomass and solar. At the same time ANRE will continue to focus on monitoring of the GC market in order to ensure its fluidity and correct operation, and on insuring a manageable impact on final consumer bill, said Zoltan Nagy-Bege, vice-president of ANRE. 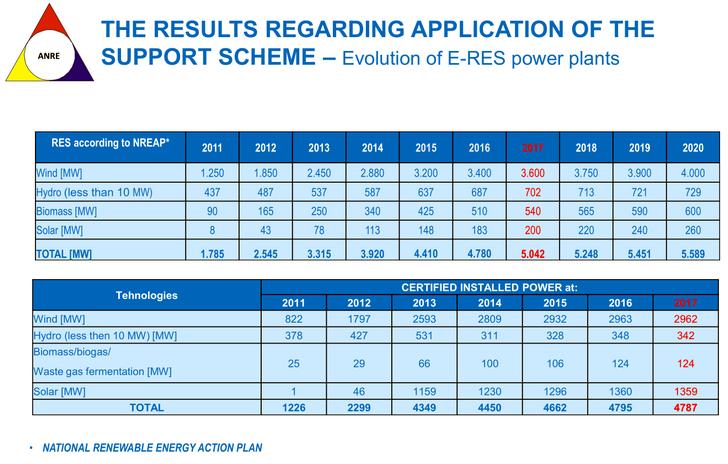